Pro-Ukraine demonstrators hold Ukranian flags and placards during a demonstration in support to Ukraine at the Venceslas square in Prague, Czech Republic on February 24, 2022. | (Photo by Michal Cizek / AFP)

Ukraine MP Sophia Fedyna on Friday sought pharmaceutical aid from India. "Ukraine needs not just weapon support, but also psychological help and we need to punish the aggressor — Moscow. They are killing peaceful Ukrainians. I beg all Indian politicians to protect human rights of a sovereign country," she said in an exclusive interview with India Today. She was speaking from inside a bomb shelter in Ukraine.

"I beg all Indian politicians to protect the human rights of a sovereign country," she said in an exclusive interview with India Today. She was speaking from inside a bomb shelter in Ukraine.

She also dismissed reports of the port city of Odessa in southern Ukraine having fallen to Russian forces. She said she had spoken to another Parliamentarian who confirmed that Odessa is still under Kyiv's control. "The reports are Russian propaganda," she said.

Meanwhile, Ukrainian foreign minister Dmytro Kuleba slammed the strikes by Russia military saying the last time Kyiv ever experienced this was in 1941 when the capital city was attacked by the Nazis.

Russian troops are closing in on the seat of Ukrainian power after taking control of the Chernobyl nuclear power plant, Ukranian President Volodymyr Zelenskyy said on Friday. 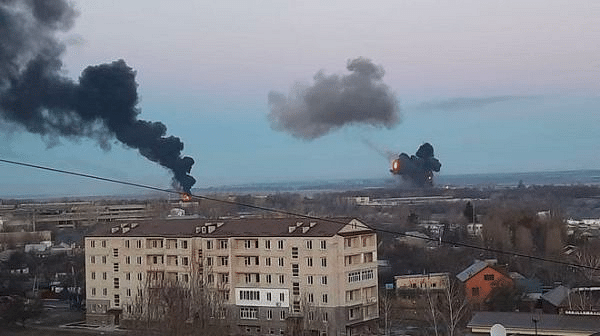