Russia moved to obstruct the flow of Western weapons to Ukraine by bombarding rail stations and other supply-line targets across the country while the European Union weighed whether to further punish Moscow with a ban on oil imports.

Russian missile strikes have been continuing across the country as Moscow tries to prevent fresh supplies of weaponry and equipment from reaching Ukrainian troops fighting Russia’s advance in the eastern Donbas region, according to the latest UK defence assessment.

Russia is stepping up airstrikes on key Ukrainian supply lines delivering billions of dollars worth of western arms to the country, including on railway lines and warehousing, but the Pentagon insisted the flow of arms had not been significantly impeded.

With Moscow and Kyiv locked in a race to shape the conditions for the current phase of the war in Ukraine, the rapid and growing flow of weapons supplied by Ukraine’s western backers has become an increased focus for both sides.

On Tuesday Russian airstrikes hit six train stations in central and western Ukraine as the Kremlin focused its attacks upon Ukrainian infrastructure, including electrical and water supply substations.

A Russian cruise missile also hit a hangar in Odesa housing Turkish Bayraktar TB2 drones as well as missiles and ammunition from the US and Europe, according to the Russian Ministry of Defence.

The Pentagon spokesperson, John Kirby, noted that, in the past, Russian forces have not had a good record of hitting what they were aiming at.

“I would just remind you that their ability to target with precision has been less than advertised throughout this entire war. They are not good at precision strikes,” Kirby said, adding that the delivery of US and allied weapons was not seriously affected.

“The flow into the region continues at an incredible pace, and the flow of materials from the region into Ukraine also continues every single day,” he said. “Those weapons, those systems, are getting into Ukrainian hands.”

He suggested that the weapons flows were being sustained by having many alternative supply routes which were continually being changed.

Air raid sirens sounded in cities across the country on Wednesday night, and attacks were reported near Kyiv, the capital; in Cherkasy and Dnipro in central Ukraine; and in Zaporizhzhia in the southeast. In Dnipro, authorities said a rail facility was hit. Videos on social media suggested a bridge there was attacked.

There was no immediate word on casualties or the extent of the damage.

Responding to the strikes in his nightly video address, Ukrainian President Volodymyr Zelenskyy said: “All of these crimes will be answered, legally and quite practically – on the battlefield.”

The flurry of attacks comes as Russia prepares to celebrate Victory Day on May 9, marking the Soviet Union’s defeat of Nazi Germany. The world is watching for whether Russian President Vladimir Putin will use the occasion to declare a victory in Ukraine or expand what he calls the “special military operation.” 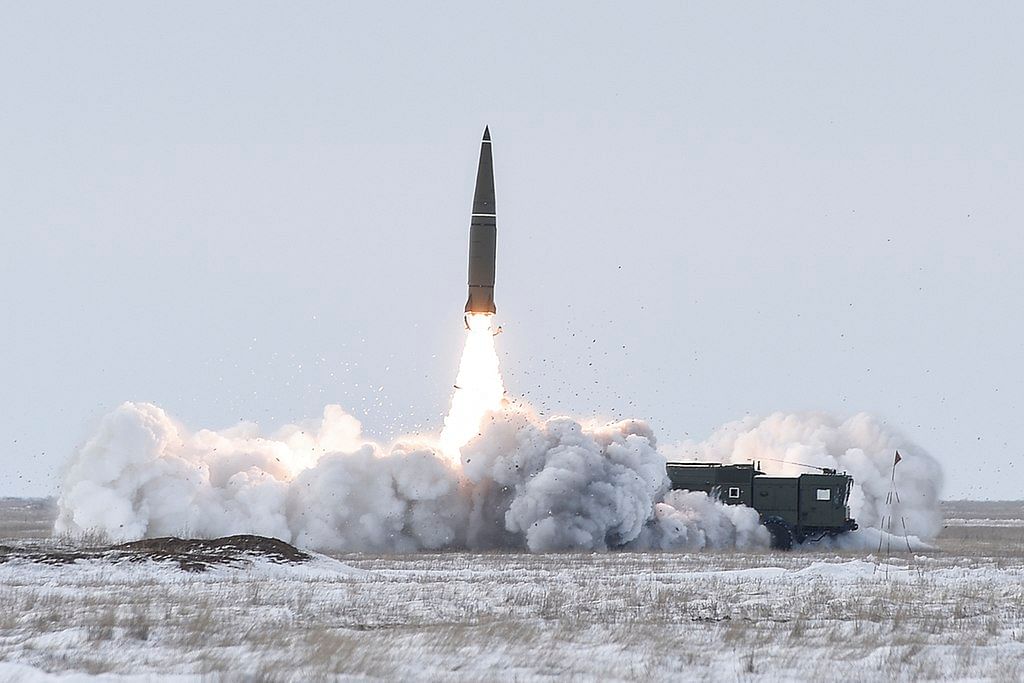