Rebel soldiers detain Guinea's President, announce dissolution of govt - What we know about the 'coup d'etat' 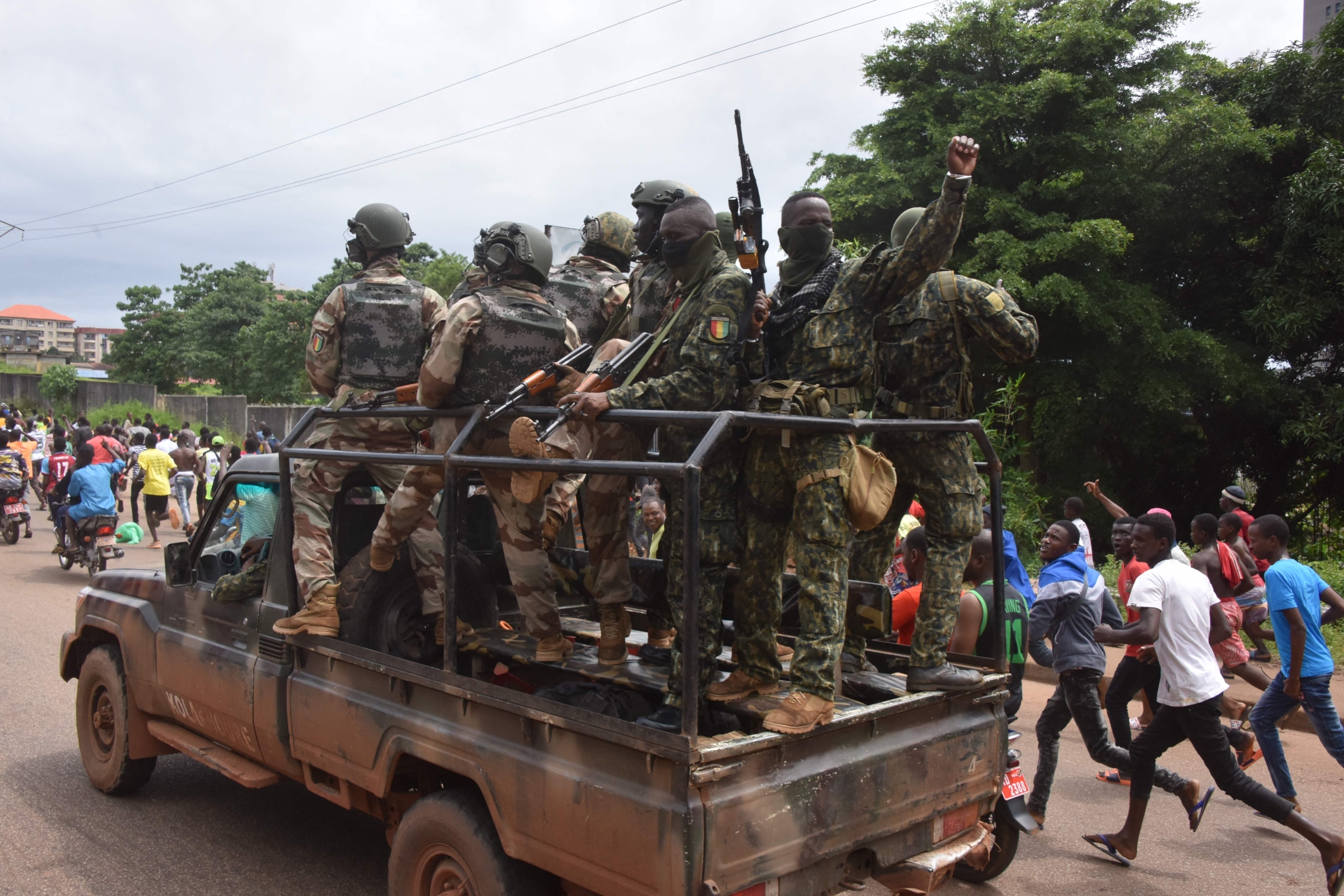 People celebrate in the streets with members of Guineas armed forces after the arrest of Guineas president, Alpha Conde | Photo: AFP

In an apparent coup d'etat, the President of Guinea was detained by rebel soldiers on Sunday. They have also announced the dissolution of the government, as well as the abrogation of the constitution and the closure of the border. The development came after hours of heavy gunfire near the presidential palace in the capital city of Conakry. The announcement was made on national television by army Colonel Mamadi Doumbouya.

The duty of a soldier, he told Guineans with the national flag draped around him, was to save the country. "We will no longer entrust politics to one man. We will entrust it to the people," declared Doumbouya in a televised address, flanked by about a half dozen other soldiers.

A mutinous section of soldiers in the West African nation detained President Alpha Condé, prompting a global outcry and calls for his immediate release. While this has so far gone unheeded, an update by Doumbouya said that the President was staying with the rebels in a safe location and had been examined by a doctor.

The rebels have also declared a nationwide curfew in the country and said that they would be replacing local governors and prefects with soldiers. A meeting of Guinean cabinet ministers and other top officials will reportedly be convened by the rebels on Monday morning. Any refusal to comply, they added, would be "considered rebellion" against the new leaders of the country.

His support base both within the military and among the people however remains unclear. With President Condé having been at the helm for over a decade, there is also the possibility of other soldiers loyal to the President attempting to wrest back control. Doumbouya who had been the commander of the army's special forces unit urged other soldiers to "to put themselves on the side of the people" and stay in their barracks. Citing the lack of economic progress since the country gained independence from France in 1958, he insisted that he was acting in the best interests of the nation.

While Conde's 2010 election victory (the country's first ever democratic vote) was supposed to be a fresh start for Guinea, critics contend that he has failed to improve the lives of people. In recent months, Guinea's longest serving President had also become a controversial figure, with his third term overshadowed by violent and deadly elections, results rejected by the Opposition and a Constitutional change that had allowed him to run in the first place.

In March 2020, the 83-year-old had amended the constitution to allow himself the third consecutive presidential term. And while the change was made through a national referendum, the situation has since sparked widespread unrest in the country. The unrest intensified after he won the October election, and the opposition said dozens were killed during the crisis.

Even as supporters of the rebellious military took to the streets of Conakry chanting slogans of praise, the international response has been far from approving. Organisations such as the UN, the African Union and the Economic Community of West African States, as well as some regional bodies have condemned the military coup and called for the President's release.

"I am personally following the situation in Guinea very closely. I strongly condemn any takeover of the government by force of the gun and call for the immediate release of President Alpha Conde," tweeted UN Secretary-General Antonio Guterres.

European Union High Representative for Foreign Affairs and Security Policy Josep Borrell also took to Twitter condemning the coup and calling on the rebels to release President Alpha Conde. The US State Department warned against violence and urged authorities in Guinea to avoid "extra-constitutional" actions that "will only erode Guinea's prospects for peace, stability, and prosperity." ECOWAS has called for the restoration of constitutional order in Guinea and threatened the rebels with sanctions.