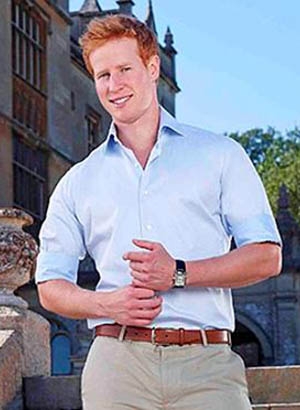 Melbourne : Prince Harry has been caught up in a cruel TV sting that has tricked a dozen American women into believing they are competing for the

Fox network’s `I Wanna Marry Harry` whisked 12 women to a fancy estate in England under the impression that they have a chance to marry the 29-year-old royal who is actually Harry’s lookalike Matthew Hicks, News.com.au reported, according to ANI.

The Ryan Seacrest-produced show will see the ladies vying for ‘Harry’s’ heart, assuming none of them figure out he’s not the real deal.

The official description for the show states that an average English ‘bloke’ is given the royal treatment and a makeover before meeting 12 single American women searching for Prince Charming and convincing them he’s regal.

The show was secretly filmed at Englefield House in Berkshire late last year.

The women were lured into the programme in the belief that Prince Henry was looking for an American bride. Instead, they spent a week with Hicks, an astonishingly close Prince Harry lookalike.

The series is a twist on another Fox show, Joe Millionaire, in which money-hungry women were enticed into a dating show where the prize was a millionaire who was, in fact, just a penniless working-class guy.

The show hits US screens on May 27.