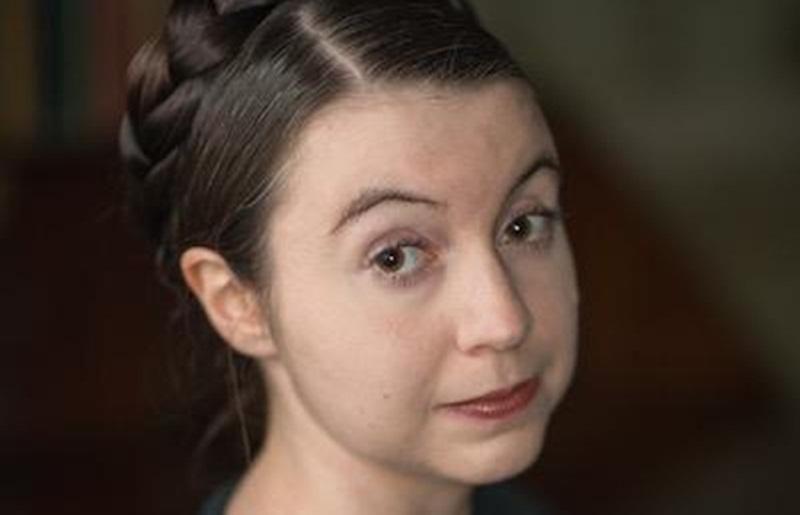 London: Radio 4 listeners were aghast as radio veteran John Humphrys interviewed a naked economist live on the Today programme where she ended up challenging Jacob Rees-Mogg to discuss Brexit without clothes. Dr Victoria Bateman, a fellow in economics at Gonville and Caius College, Cambridge, was being grilled on her unconventional approach in opposing Brexit. Listeners claimed Humphrys clearly struggled on air while interviewing Dr Bateman who described Brexit as Britain’s ‘Emperor’s New Clothes’ moment.

Commenting on the slogan across her body, Dr Bateman said: “It carries three important messages, and the first is that Brexit leaves Britain’s economy exposed. “The second is that Brexit has served to reveal some anti-immigrant sentiments of a kind that we should be very much worried about as a society, and finally, Brexit exposes past government failures. Government failures that left many people feeling they have nothing to lose from Brexit because they have nothing at all.

” Humphrys said those arguments have been made repeatedly by people wearing clothes and why Dr Bateman felt the need to remove hers. She replied: “I have myself written thousands of words looking at why Brexit is bad for Britain. “But I thought it would be useful to reduce all of those words down, condense all of those words down to one powerful message. “Brexit is the Emperor’s New Clothes. Britain has sold itself a project that cannot possibly deliver what it promises.”