Putin, the mastermind behind Navalny poisoning?

Navalny's supporters have frequently maintained that such an attack could have only been ordered at the top levels, though the Kremlin has steadfastly denied any involvement in it
Agencies 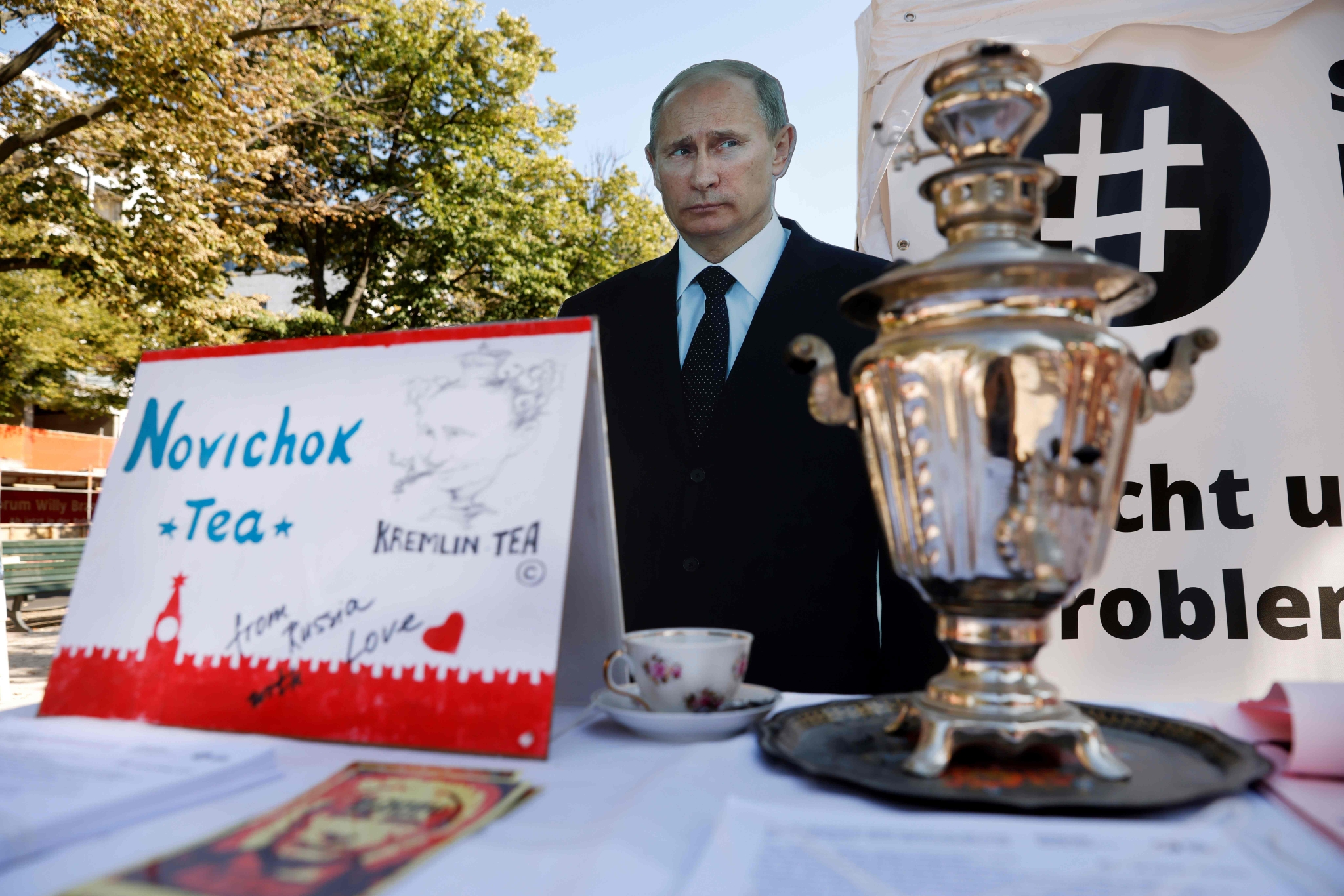 Mock offer of ‘Novichok Tea’ in front of an effigy of Russian President Vladimir Putin outside the Russian embassy in Berlin. | PIC: AFP

Russian opposition leader Alexei Navalny, who is recovering in Germany after being poisoned in Russia by a nerve agent, accused Russian President Vladimir Putin of being behind the attack in comments released Thursday.

Navalny's supporters have frequently maintained that such an attack could have only been ordered at the top levels, though the Kremlin has steadfastly denied any involvement in it.

Navalny, a politician and corruption investigator who is Putin's fiercest critic, was flown to Germany two days after falling ill on Aug. 20 on a domestic flight in Russia.

He spent 32 days in the hospital, 24 of them in intensive care, before doctors deemed his condition had improved sufficiently for him to be discharged.

He has posted frequent comments online as his recovery has progressed, but in his first interview since the attack, he told Germany's Der Spiegel magazine that in his mind, "Putin was behind the attack," in a German translation of his comments.

"I don't have any other versions of how the crime was committed," he said in a brief excerpt of the interview conducted in Berlin on Wednesday and to be released in full online later Thursday.