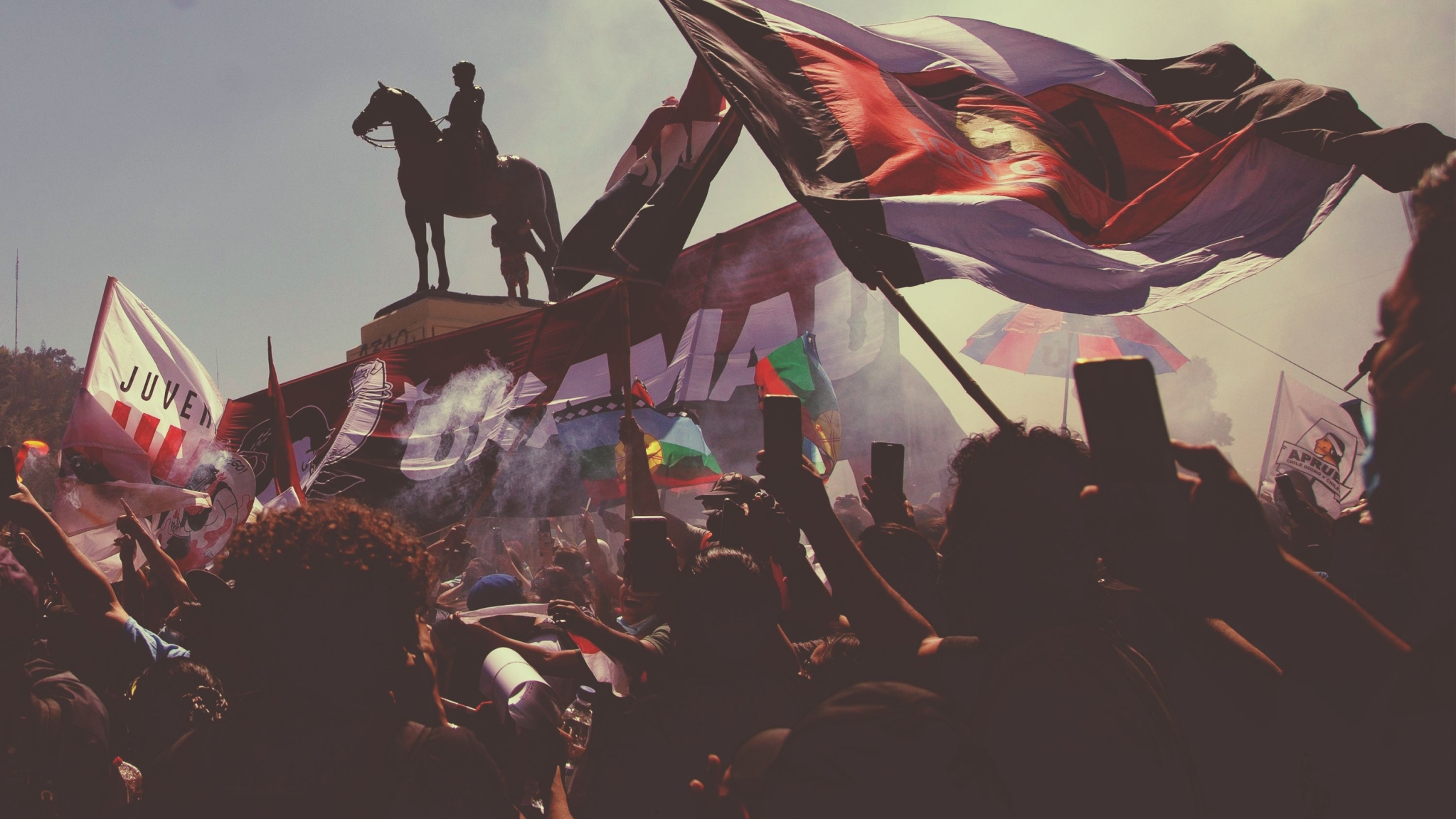 Thousands of people gathered in the centre of Santiago, the capital of Chile, on the anniversary of social protests in the country, several detentions and injuries among law enforcement have been reported by police.

"Preliminary information: at the moment 18 police officers have been injured during the day in different parts of the Metropolitan Region," Carabineros de Chile said on Twitter.

In another tweet, police said that at least ten people have been detained in the metropolitan region.

"Preliminary information: so far a total of 10 detainees have been registered for disorders produced in different points of #PuenteAlto [capital of the Cordillera Province in the Santiago Metropolitan Region]," Carabineros de Chile said.

Clashes between protesters and police were reported in various neighbourhoods of Santiago on Sunday, Radio BiobioChile said. The fire was set in the San Francisco Church in the Chilean capital.

In October 2019, the Chilean government increased subway fares, triggering a wave of protests that turned into violent riots and clashes with police. People took to the streets nationwide to demand decent free education and healthcare and to protest against low pay amid rising fares.

On October 25 Chileans will vote in a referendum on rewriting the country's constitution, something that was one of the central demands of protesters last year. Families homeless over Christmas after forest fire in Chilean port