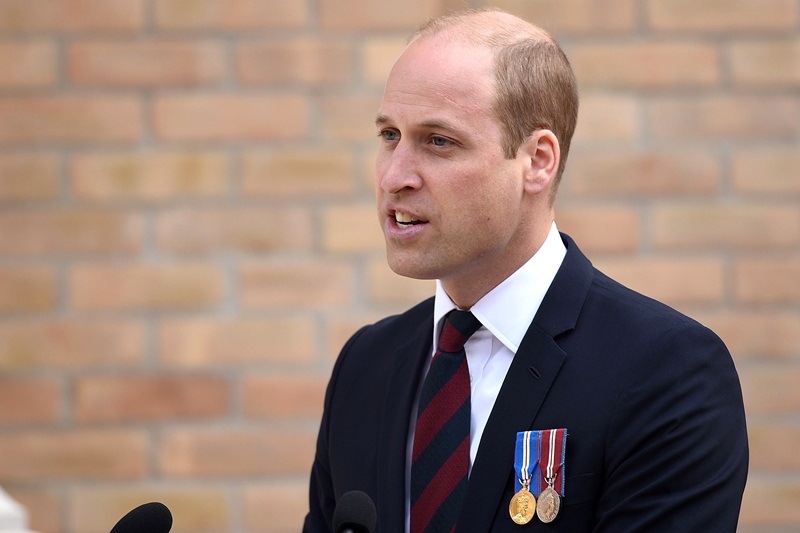 London: Britain's Prince William has revealed that becoming a father for the first time six years ago brought back painful emotions he felt following his mother Princess Diana's death over 22 years ago.

The 37-year-old Duke of Cambridge, who has three children with wife Kate Middleton, said feelings from a "traumatic" event can resurface when becoming a parent in a new BBC documentary on mental health to be broadcast next Thursday.

"Having children is the biggest life-changing moment, it really is," says the second in line to the British throne.

"I think when you've been through something traumatic in life - and that is like you say your dad not being around, my mother dying when I was younger - your emotions come back in leaps and bounds because it's a very different phase of life. And there's no one there to, kind of, help you, and I definitely found it very, at times, overwhelming," he said.

Diana, Princess of Wales, died in a car crash in Paris in 1997, when William was 15 years old. He is now father to Prince George, 6, Princess Charlotte, 5, and Prince Louis, 2, and opened up in the documentary 'Football, Prince William And Our Mental Health' about how he and wife Kate support one another during those difficult times.

During the film, he is seen speaking to former professional footballer Marvin Sordell with a focus on men's mental health and football.

Bolton Wanderers ex-striker Sordell described becoming a father as "the hardest time" in his life, adding that he struggled with his emotions and found it challenging as he did not grow up with a father.

William said that emotions can "come out of the blue" which you do not expect or think you have already dealt with.

Speaking about parenthood, the royal added: "It's one of the most amazing moments of life but it's also one of the scariest." The new television programme is aimed at highlighting months of work undertaken by William, with a series of engagements focusing closely on mental health and football.

The Heads Up campaign, working with charities Mind, CALM, Sporting Chance and Heads Together, saw grassroots clubs to professional footballers try to "break the stigma" around admitting to mental health difficulties.

As the coronavirus pandemic forced a last-minute change of plans, William swapped royal visits and face-to-face meetings at Kensington Palace in London for work from the family's Anmer Hall home in Norfolk, eastern England, during lockdown.