India's credit lines to provide essential food and fuel proved a lifeline to Sri Lanka in the early stage of the crisis.

Briefing the House on his recent visits to Japan, Singapore, and the Philippines, the President said: "We are continuing our talks with India. During my brief meeting with Prime Minister Modi in Japan, I conveyed my wish to visit New Delhi to brief them on our situation." The President, who took charge after the then-president Gotabaya Rajapaksa fled Colombo in the face of the country's worst economic crisis since 1948, said: "Modi has always extended his support to us. I have always appreciated India's assistance in our crisis. India will continue to extend their support in our rebuilding effort." India since January this year has extended nearly USD 4 billion worth of assistance to Sri Lanka after the country in April this year announced itself bankrupt and expressed its inability to honour debts.

The island nation has been scrambling for dollars, leading to a shortage of food, medicines as well as essential items.

India's credit lines to provide essential food and fuel proved a lifeline to Sri Lanka in the early stage of the crisis.

Read Also
India calls out Sri Lanka at their ‘lack of progress’ on solution to ethnic issue regarding... Having agreed to a staff-level agreement for a USD 2.9 billion facility over four years, the IMF has asked Sri Lanka to start debt restructuring with its creditors.

India with 12 per cent is in the third position in the list of Sri Lanka's bilateral creditors behind China and Japan with 52 and 19 per cent.

The President also said that Sri Lanka hoped to reach a standard agreement with creditor nations including Japan, China, and India, adding that Japan was ready to assist the bankrupt nation in the reconciliation process.

Wickremesinghe said that the island nation will only be able to secure an IMF assurance after reaching an agreement with the creditor nations and private lenders.

The President said that Sri Lanka after signing an agreement with creditor nations will be able to access bridging finance with lenders like the World Bank and the Asian Development Bank.

The President further said that the Asian Development Bank has agreed to provide USD 500 million in loans to Sri Lanka. 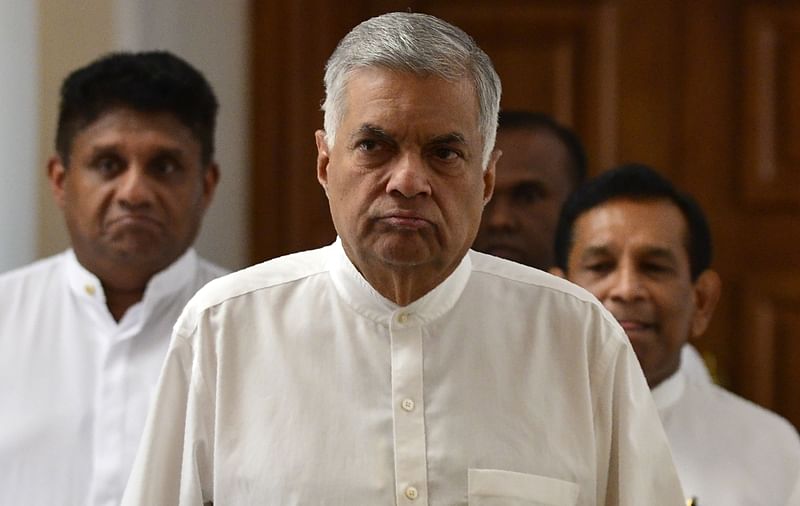