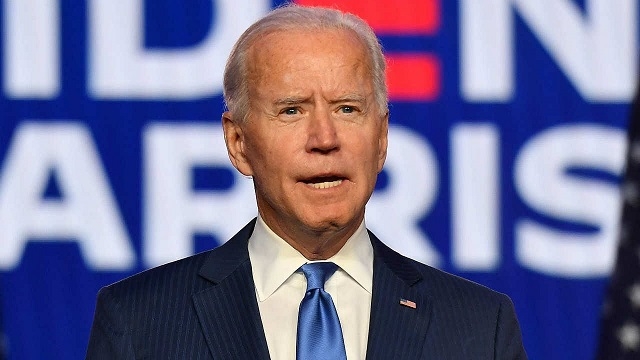 Washington: President Joe Biden has said that the mass evacuation from Kabul, one of the largest and most difficult airlifts in history, is not without risk of loss of lives, but vowed to bring all Americans and partners home from Afghanistan, as his administration grappled with the fallout from the chaotic exit.

Biden's remarks on Friday come as the US rushed to airlift as many people as possible out of the Afghan capital ahead of a self-imposed deadline to depart Afghanistan by August 31.

In a speech delivered from the White House, Biden said the United States has evacuated more than 18,000 people since July and approximately 13,000 since the airlifts began on Saturday.

Biden continued to defend his decision to withdraw troops from Afghanistan and said the US has made "significant progress" in its evacuation efforts since chaos broke out at the Kabul airport on Monday.

"This is one of the largest, most difficult airlifts in history, and the only country in the world capable of projecting this much power on the far side of the world with this degree of precision is the United States of America," Biden said.

"Let me be clear. Any American who wants to come home, we will get you home." Taking questions from reporters, the president said the US military would make the "same commitment" to 50-65,000 Afghan allies hoping to leave, but the evacuation of American citizens was the "priority".

However, he then acknowledged: "Make no mistake, this evacuation mission is dangerous. It involves risks to our armed forces and it's being conducted under difficult circumstances.

"I cannot promise what the final outcome will be or that it will be without risk of loss. But as commander-in-chief, I can assure you that I will mobilise every resource necessary," he said.

His remarks came as Americans and others struggled to get out of Afghanistan amid chaos at the Kabul airport, nearly a week after the Taliban insurgents seized control of the capital.

According to reports, crowds of evacuees inside the capital's airport swelled to nearly 10,000 people, straining supplies of water and other essentials. Many thousands more waited outside, a short distance from Taliban checkpoints.

Biden said thousands have been evacuated on private charter flights facilitated by the US government including American citizens and permanent residents as well as their families.