Premature US withdrawal main cause of Afghanistan govt collapse: Report

The US-Taliban agreement signed by the Trump administration in February 2020 - called the Doha Agreement - by which Washington agreed to withdraw military forces and contractors from Afghanistan, “set in motion a series of events crucial to understanding the ANDSF’s collapse”

Taliban fighters stand guard at a checkpoint near the U..S embassy that was previously manned by American troops, in Kabul, Afghanistan, on Aug. 17, 2021 | AP

The withdrawal of US forces and military contractors last year has been touted as “the single most important factor” in triggering the collapse of the Afghan National Defense and Security Forces (ANDSF), according to an interim report by the United States government’s leading oversight authority on Afghanistan reconstruction.

The new report by the Special Inspector General for Afghanistan Reconstruction, or SIGAR, mirrors assertions made by senior Pentagon and military leaders in the aftermath of the U.S. troop withdrawal that ended last August in the chaotic evacuation of Americans and other civilians from the embattled country.

Military leaders have made it clear that their recommendation was to leave about 2,500 U.S. troops in the country, but that plan was not approved.

In February 2020, the Trump administration signed an agreement with the Taliban in Doha, Qatar, in which the U.S. promised to fully withdraw its troops by May 2021.

The Taliban committed to several conditions, including stopping attacks on American and coalition forces. The stated objective was to promote a peace negotiation between the Taliban and the Afghan government, but that diplomatic effort never gained traction before Biden took office in January 2022.

The US-Taliban agreement signed by the Trump administration in February 2020 - called the Doha Agreement - by which Washington agreed to withdraw military forces and contractors from Afghanistan, “set in motion a series of events crucial to understanding the ANDSF’s collapse”, the report said.

Following the deal, the US dramatically reduced the number of US air raids, leaving the ANDSF without a key advantage in keeping the Taliban at bay. This resulted in “a sense of abandonment within the ANDSF and the Afghan population”.

"Limiting airstrikes after the signing of the U.S.-Taliban agreement the following year left the ANDSF without a key advantage in keeping the Taliban at bay," John Sopko, the Special Inspector General for Afghanistan Reconstruction, said.

Just a few months later, new US President Biden announced he would complete the U.S. military withdrawal. The announcement fueled the Taliban’s campaign to retake the country, aided by the Afghans’ widespread distrust of their government and entrenched corruption that led to low pay, lack of food and poor living conditions among the Afghan troops.

Biden had argued the war in Afghanistan needed to be brought to a close after 20 years of fighting that had cost American lives, drained resources and distracted from greater strategic priorities.

The U.S. Congress created the office of SIGAR to provide an oversight of reconstruction projects and activities during the war in Afghanistan.

"Many Afghans thought the U.S.-Taliban agreement was an act of bad faith and a signal that the U.S. was handing over Afghanistan to the enemy as it rushed to exit the country," Sopko said.

In the end, the new report said that the Afghans were still heavily dependent on U.S. air support for strikes and emergency evacuations, and also on U.S. contractors to maintain and repair aircraft and other systems.

But all agree that the Doha agreement was a lynchpin in the collapse.

“The signing of the Doha agreement had a really pernicious effect on the government of Afghanistan and on its military — psychological more than anything else, but we set a date-certain for when we were going to leave and when they could expect all assistance to end,” Gen. Frank McKenzie told Congress last year.

McKenzie, who was then the top U.S. general in the Middle East and has since retired, argued to keep 2,500 U.S. troops there, as did Milley.

The Doha agreement, said the SIGAR report, led the Afghan population and its military to feel abandoned. And the Trump administration’s decision to limit U.S. airstrikes against the Taliban stopped any progress the Afghans were making, and left them unable and eventually unwilling to hold territory, it said.

According to the report, a former U.S. commander in Afghanistan said the U.S. built the Afghan army to rely on contractor support. “Without it, it can’t function. Game over,” the commander told SIGAR. “When the contractors pulled out, it was like we pulled all the sticks out of the Jenga pile and expected it to stay up.”

More broadly, the SIGAR report said that both the U.S. and Afghan governments “lacked the political will to dedicate the time and resources necessary to reconstruct an entire security sector in a war-torn and impoverished country.”

Neither side, it said, “appeared to have the political commitment to doing what it would take to address the challenges.” As a result, it said, the Afghan military couldn’t operate independently and never really became a cohesive force.

Read Also
US left behind $7 billion of military gear behind in Afghanistan: Pentagon 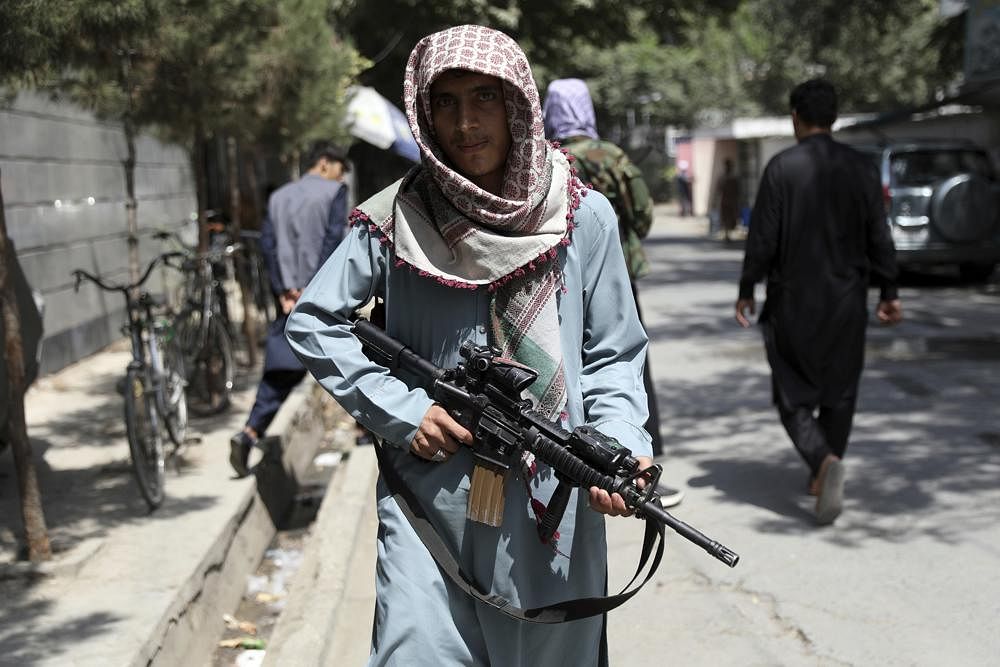 HomeWorldPremature US withdrawal main cause of Afghanistan govt collapse: Report