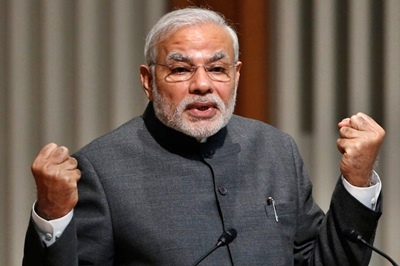 San Jose : Praising the contribution of the Indian community in the United States at SAP Centre here in California, Prime Minister Narendra Modi has said India, today, has a new identity and a new image in the world, while the old image has been forced down because of their proficiency in computers. “Your ability, commitment and innovations are forcing people all over the world to change,” said the Prime Minister, adding, “Those who are impervious to the change will become irrelevant in the 21st century.” Stating that Americans feel proud of Indians and respect them, the Prime Minister said, “I salute you for your enterprise that forces the world to change its opinion about India.”