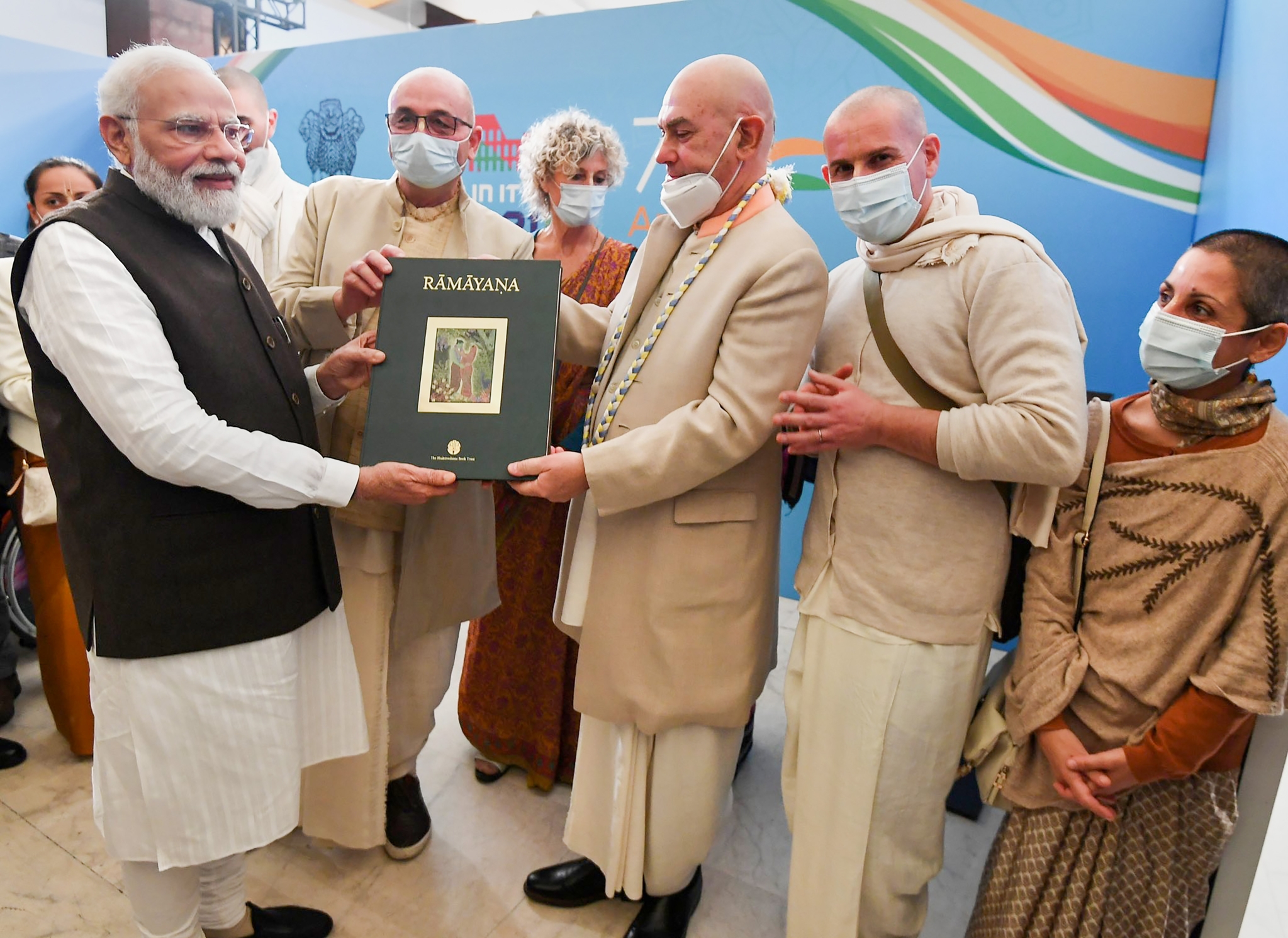 Prime Minister Narendra Modi on Saturday said that he had a "great interaction" with members of the Indian diaspora in Italy, including those who are studying about India and those who have developed a close bond with their home country over the years.

On the second day of his visit to Italy for the G20 Summit, Prime Minister Modi took to Twitter to share "glimpses" from the community interaction in Rome.

"In Rome last evening, I had a great interaction with members of the Indian diaspora in Italy, those who are studying about India and those who have developed a close bond with our nation over the years. It was wonderful to hear their views on diverse topics," he said in a tweet.

"It was (meeting with Prime Minister Modi) moving of course, because to be Hindu in Italy is not so easy but to meet the Prime Minister, it was a great honour for us. Hindus in Italy are in minority," she said.

"As Sarvjan Hitaye, every human being, every being in the world has to live in harmony and in peace and we say Shanti, Shanti, Shanti.

"To each of us he asked something very peculiar of us and asked what I like if we go to India where and what we like from India so and I said Tamil Nadu and he spoke to me in Tamil," Giri added.