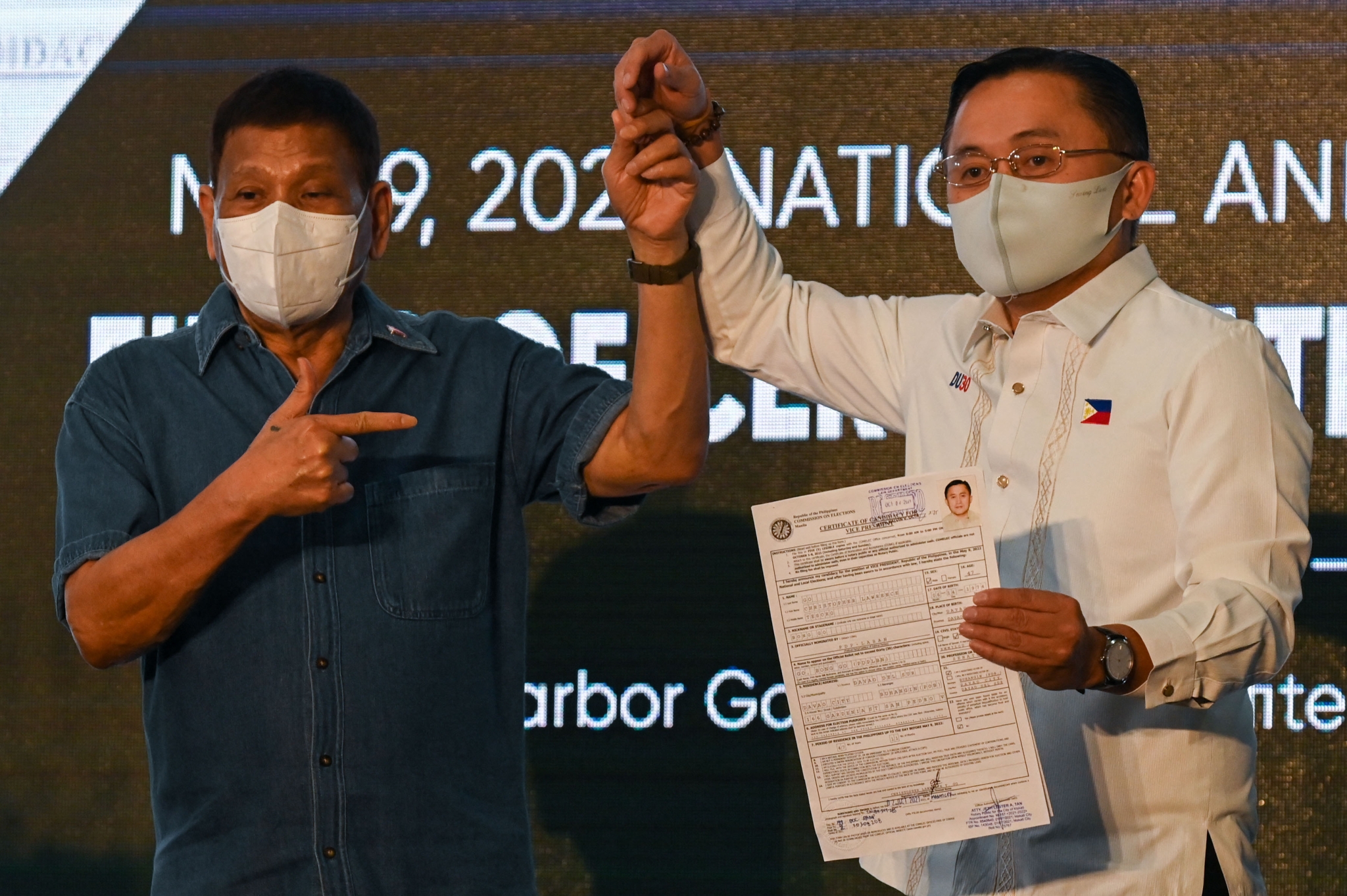 Philippines President Rodrigo Duterte on Saturday said that he is dropping plans to run for vice president in next year's election and will instead retire from politics.

Duterte in August had confirmed that he would run for vice president in the next year elections. The country's constitution bars him from a second term as president, CNN reported.

Durterte, the 76-year-old controversial "strongman" figure, came to power in 2016 on a platform of crushing crime and fixing the country's drug crisis.

"In obedience to the will of the people, I now say sa mga kababayan ko, sundin ko ang gusto ninyo (to my countrymen, I will follow what you want) today, I announce my retirement from politics," Duterte said in a short message at the Harbor Garden Tent of the Sofitel Manila Hotel in Pasay City. Duterte's long time aide Senator Bong Go has replaced him as the vice-presidential candidate of the ruling political party PDP-Laban.

The Philippines' constitution only permits presidents to serve for a single six-year term.

Duterte's daughter Sara Duterte-Carpio, who is currently mayor of the southern city of Davao, has given mixed messages about running for the presidency.