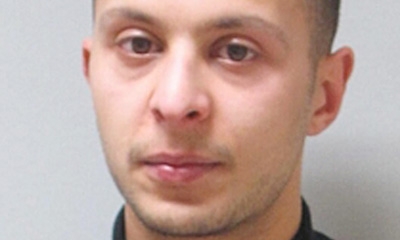 Brussels : A Brussels apartment was likely used to make bombs for the Paris attacks, and one of the plotters also hid out there after escaping a police dragnet, Belgian prosecutors said, reports AP.

The prosecutors said they found Salah Abdeslam’s fingerprint in a search of the apartment on December 10, but would not say why they waited a month to announce it. The search also turned up three suspected suicide belts, traces of the same explosive used in the November 13 attacks that killed 130 people and other material that could be used to manufacture bombs, according to the Belgian Federal Prosecutor’s Office.

Federal prosecutor Eric Van der Sypt said the third-floor apartment was likely used as a hideout after Abdeslam fled the attacks. Abdeslam, who is still at large, called for two friends to pick him up amid the bloodshed and chaos that night that left 130 people dead and hundreds injured.

“We found material to make explosives, we found traces of explosives and we found three belts. So you don’t have to be Sherlock Holmes to make the right deduction,” Van der Sypt told The Associated Press.

Abdeslam is believed to have played a key logistical role in the Paris attacks. A French gendarme stopped him and his two friends in their car near the border but released them. The friends are among 10 people arrested in Belgium in connection with the attacks.  Authorities now believe Abdeslam returned to the apartment, was eventually picked up by someone else “and we lost trace,” Van der Sypt said.

The apartment in the Schaerbeek neighbourhood of Brussels had been rented under a false identity that may have been used by one of those who are now under arrest.  The prosecutor’s office said the three handmade belts discovered in the search at Rue Berge in Schaerbeek “could have been intended for the transport of explosives.”

Traces of the highly volatile TATP, which was packed into the suicide vests in November, as well as other material that could be used to manufacture explosives were also detected.