The meeting is the first of its kind since 2014, when the peace negotiations between the two sides stopped

Taking to Twitter late Sunday, Gantz said: “This evening I met with PA Chairman Mahmoud Abbas to discuss security policy, civilian and economic issues. I told Chairman Abbas that Israel seeks to take measures that will strengthen the PA's economy.

“We also discussed shaping the security and economic situations in the West Bank and in Gaza. We agreed to continue communicating further on the issues that were raised during the meeting.”

Meanwhile, Hussein al-Sheikh, a member of the central committee of Abbas-led Fatah party, said in tatement that Abbas and Gantz discussed all aspects of the Israeli-Palestinian relations.

The meeting is the first of its kind since 2014, when the peace negotiations between the two sides stopped.

Gantz discussed with Abbas on resuming ties between the two sides and boosting the economy of the Palestinian Authority, an Israeli media reported.

On July 20, Gantz wrote on Twitter that he spoke with President Abbas on the phone to express "well wishes on the occasion of Eid al-Adha", adding that "trust-building between Israel and the Palestinian Authority will benefit the economy and security of the entire region".

The Palestinian-Israeli peace process has been stalled since April 2014, after the US had sponsored the peace negotiations for nine months without making any tangible progress due to deep differences on borders, security, and Israeli settlement. 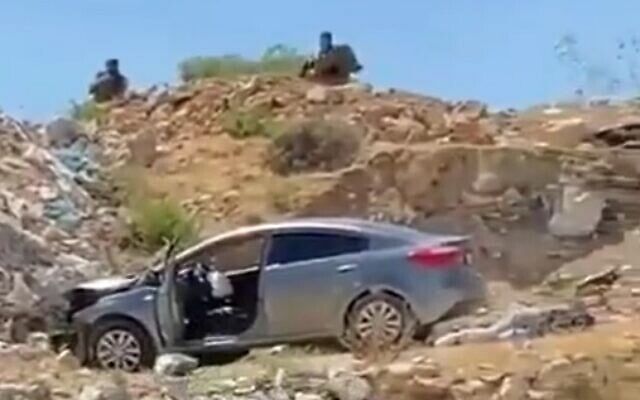