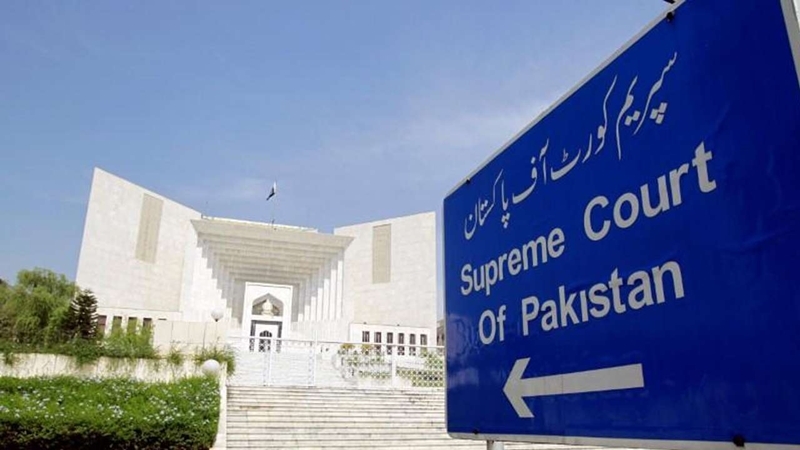 Islamabad: The Pakistan Supreme Court on Tuesday dismissed a petition seeking review of the top court’s verdict acquitting Asia Bibi, a Christian woman who spent eight years on death row in a blasphemy case. Acquitting Bibi, the Supreme Court said the petitioner was not able to point out any mistake in the October 31, 2018 verdict acquitting her, Dawn reported.

After her release from Multani’s women prison on November 7 last year, Asia Bibi has flown to Islamabad onboard a special aircraft. She was taken to an undisclosed location amid tight security.

As the hearing started, petitioner Qari Muhammad Salaam’s lawyer Ghulam Ikram presented his arguments before a three-member bench, headed by Chief Justice Asif Saeed Khosa and comprising Justice Qazi Faez Isa and Justice Mazhar Alam Khan Miankhel. The lawyer had demanded that a larger bench be made for the review petition, saying it should include Islamic scholars and ulama.

“How is this a matter of religion?” asked the CJP Khosa. “Has the verdict not been given on merit?” “The verdict was given on the basis of testimonies; does Islam say that one should be punished even if they are found not guilty? “Prove to us what [you believe] is wrong with the verdict,” said Chief Justice Khosa.

When the lawyer pointed to the verdict mentioning “burden of proof” being on the petitioner, the judge asked: “Do you disagree with this rule?”

“The beauty of a Muslim community is that non-Muslims are taken care of,” said the CJP, addressing the lawyer. “First talk about the merit and tell us where the flaw is.

“Islam says that a testimony should be true even if it incriminates a person’s own loved ones. If we have not read the testimony correctly, we will rectify it immediately,” said the Chief Justice.

The allegations against Bibi were made in June 2009 when she was labouring in a field and a row broke out with some Muslim women she was working with. She was asked to fetch water, but the Muslim women objected, saying that as a non-Muslim she was unfit to touch the water bowl. A few days later the women went to a local cleric and put forward the blasphemy allegations.

The administration had made stringent security arrangements, including the deployment of paramilitary troops in Islamabad’s sensitive areas, ahead of the hearing. The review petition filed by Qari Muhammad Salaam pleads with the apex court to maintain the capital punishment awarded by the trial court to Asia Bibi.

Qari Salaam is a prayer leader of a mosque and lives in a village in Nankana Sahi.Â  He had lodged the FIR about the alleged blasphemy incident. On Oct 31 last year, a three-judge SC bench had reversed the judgements of the Lahore High Court (LHC) and the trial court thus setting aside the conviction and death sentence awarded to Asia Bibi.

Justice Khosa, in his note, had said: “Blasphemy is a serious offence but the insult of the appellant’s religion and religious sensibilities by the complainant party and then mixing truth with falsehood in the name of the Holy Prophet Muhammad (Peace Be Upon Him) was also not short of being blasphemous.”

Bibi’s lawyer, Saiful Malook, who had received death threats and fled the country after his client’s acquittal, returned to Islamabad to attend Tuesday’s hearing.

Meanwhile, the Tehreek-i-Labbaik Pakistan (TLP), which had led three-day-long mass protests against Bibi’s acquittal in November, on Monday night rejected the SC bench formed to hear the review petition and threatened a protest movement if Bibi is given “judicial relief”.

Most of the top TLP leadership, including its chief Khadim Hussain Rizvi, is presently imprisoned in the wake of a massive crackdown launched by law enforcement agencies against the religiopolitical group.