Pakistan's Federal Minister for Planning and Development Ahsan Iqbal has urged the masses to reduce tea consumption, saying that the move will help the government in curtailing the import bill.

“I appeal to the nation to reduce tea intake by one or two cups daily because we borrow money for tea import as well," he said while speaking to the media in Islamabad on Tuesday.

Business traders could also close their market stalls at 20:30 to save electricity, he suggested.

The country's low foreign currency reserves - currently enough for fewer than two months of all imports - have left it in urgent need of funds.

The federal budget document for the outgoing fiscal year showed that Pakistan imported PKR13 billion worth of more tea than the last fiscal year. In fiscal year 2020-21, PKR70.82 billion was spent on the import of tea, local news agency NNI reported.

Pakistan’s foreign exchange reserves fell below $10 billion, threatening to spill over into a fullblown economic crisis unless policy makers secure a loan from the International Monetary Fund.

The stockpile decreased by $366 million in the week ended May 27 to stand at $9.72 billion, the central bank said in a statement on its website Thursday. That’s roughly a 50% drop from August and enough to pay for less than two months of imports.

Last month, officials in Karachi restricted the import of dozens of non-essential luxury items as part of their bid to protect funds.

The economic crisis is a major test for the government of Shehbaz Sharif, who replaced Imran Khan as Pakistan's prime minister in a parliamentary vote in April.

Shortly after being sworn in, Sharif accused Imran Khan's outgoing government of mismanaging the economy and said putting it back on track would be a huge challenge.

Officials from the International Monetary Fund (IMF) are viewing Pakistan’s budget for 2022-2023 as a document which contains points for further negotiations on resuming an IMF package for Islamabad.

On Friday, Pakistan unveiled a $47 billion budget for 2022-23, which includes several fiscal consolidation measures that Islamabad hopes will convince the IMF to resume the much-needed bailout payments to the country. 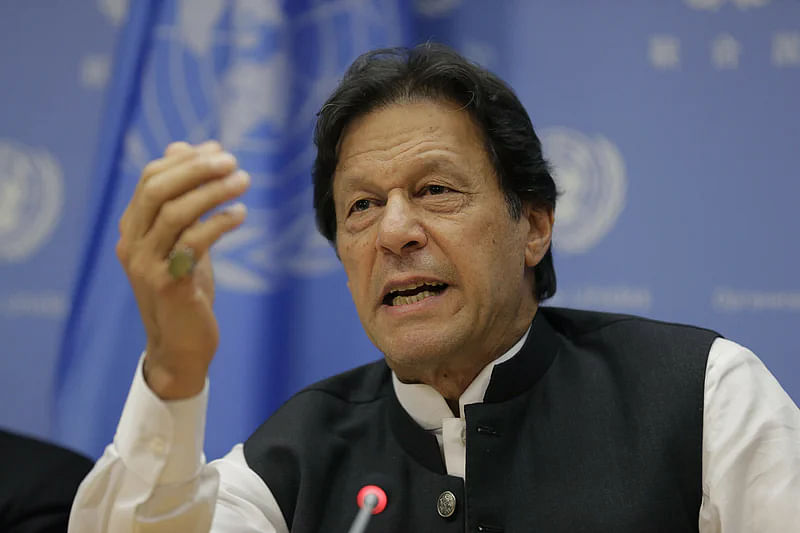