Islamabad: An F-16 fighter jet belonging to the Pakistan Air Force crashed in Islamabad on Wednesday while carrying out rehearsals for the country's Republic Day parade to be held on March 23.

The plane crashed in a jungle near Shakarparian area of the capital, the Pakistan Air Force (PAF) said in a statement. The plane was carrying out routine exercises for the Pakistan Day parade when it crashed, it said, adding that the PAF has ordered an inquiry into the cause of the crash.

There was no immediate word on the fate of the pilot or co-pilot. Security forces have cordoned off the crash site. Smoke was rising from the crash site and rescue efforts were going on to contain the fire, the statement said. Pakistan Day or Pakistan Resolution Day, also known as Republic Day commemorates the Lahore Resolution passed on March 23, 1940 and the adoption of the first Constitution of Pakistan. 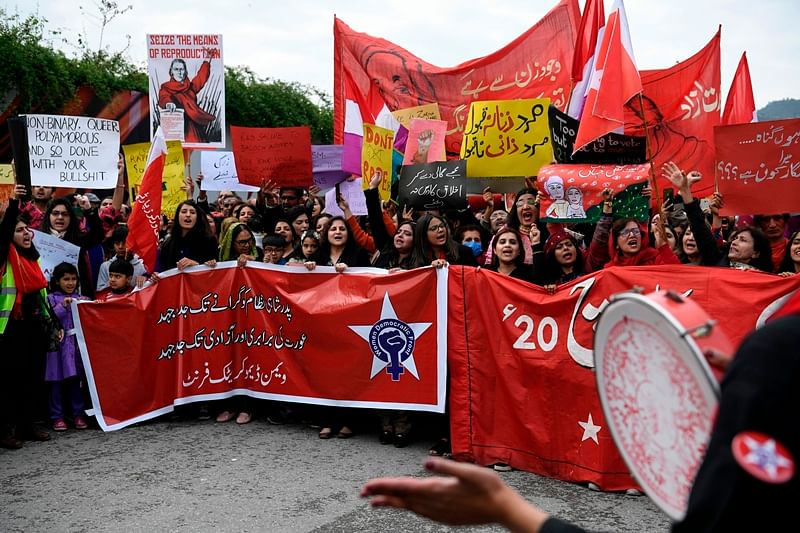 The annual military and cultural parade is organised in the capital Islamabad to commemorate the demand for a separate homeland for Indian Muslims which was made through the resolution passed by the All India Muslim League in Lahore. Air show by the PAF is an integral part of the parade and its intensive rehearsals are organised weeks ahead of the parade day.

Traditionally, locally-made JF-17 Thunder and American F-16 feature prominently in the air show. Last month, a trainer aircraft of the PAF crashed near Mardan. A Mirage aircraft had crashed near Shorkot city of Punjab's Jhang district the week before. In January, two PAF pilots were killed after a training aircraft crashed near the M M Alam Base in Mianwali.