Pakistan: 2 Sikhs gunned down by unknown assailants near Peshawar

Khyber Pakhtunkhwa Chief Minister Mahmood Khan took notice of the incident and ordered the provincial Inspector General of Police to arrest the perpetrators.

Unidentified assailants gunned down two members of the Sikh community near Peshawar, police said on Sunday.

In a statement, Peshawar Capital City Police Office Ijaz Khan said that the incident occurred within the jurisdiction of the Sarband police station, reports Dawn news.

He also identified the victims as 42-year-old Suljeet Singh and 38-year-old Ranjeet Singh, adding that they owned spice shops in Batatal locality.

Police reached the scene soon after receiving information about the incident and shifted the bodies to the hospital for an autopsy, Khan said, adding that officials were also collecting evidence from the scene of the crime.

"CCTV cameras from surrounding areas are also being checked," he said, adding that a search operation had been launched in the area to nab the suspects who managed to escape.

"Those involved in the incident will soon be unmasked," the officer said.

Khyber Pakhtunkhwa Chief Minister Mahmood Khan took notice of the incident and ordered the provincial Inspector General of Police to arrest the perpetrators. He added that the incident was an attempt to disrupt the law and order of Peshawar.

Prime Minister Shehbaz Sharif and Foreign Minister Bilawal Bhutto-Zardari strongly condemned the incident. In a statement, Sharif said that he asked told the Chief Minister to take steps to ensure the safety of the lives and the property of citizens, especially minorities.

He also directed him to ensure the arrest of the suspects and punish them according to the law. Sharif held "Pakistan's enemies" responsible for the incident and vowed to "eradicate them from the face of the earth".

He also assured the victims' families of the federal government's full cooperation in arresting the suspects. Meanwhile, Bilawal Bhutto has called for the immediate arrest of those involved.

"No one will be allowed to disturb inter-faith harmony in the country and harm national unity," he said in a statement, adding that the PPP was the country's real representative party and would not abandon the Sikh community, Dawn reported.

On the other hand, Interior Minister Rana Sanaullah criticised the Khyber Pakhtunkhwa government for its failure to protect minorities. He said that he had asked for a report on the incident from the chief secretary and the IG. 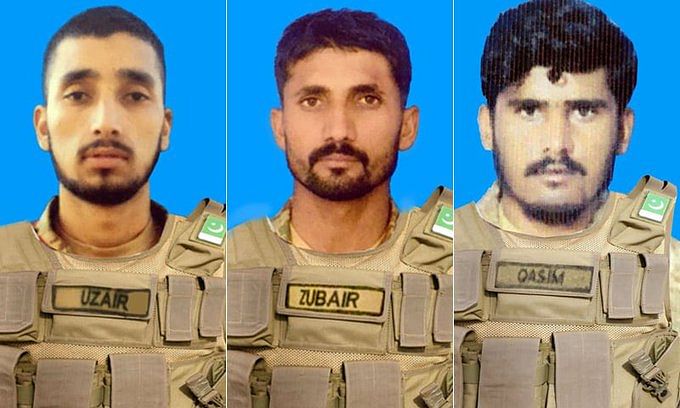 HomeWorldPakistan: 2 Sikhs gunned down by unknown assailants near Peshawar