North Korean leader Kim Jong Un at a meeting with senior officials from the Workers' Party of Korea (WPK) Central Committee and Provincial Party Committees in Pyongyang, North Korea | Reuters
Follow us on

Kim had his IWC Schaffhausen Portofino watch tightened the strap at his wrist in images released by state media on Saturday, according to South Korea’s NK News news agency.

The Seoul-based news site compared close-ups of the $12,000 watch from past months to support observations that Kim, 37, had slimmed down.

The North Korean leader's weight has long been tracked by spy agencies for clues about the stability of his autocratic and secretive regime, especially since his family has a history of heart disease.

Last year, Kim Jong Un remained out of the limelight for 20 days, during which, he missed the birthday celebrations of his late grandfather and state founder Kim Il Sung.

In November 2020, the NIS reportedly told South Korean lawmakers that they believed Kim Jong Un weighed about 140 kilograms and had gained some 50 kilograms since coming to power in 2011.

It was not clear from the website’s report if Kim’s altered appearance was the result of illness or a conscious decision to lose weight.

According to The Guardian, Kim is a heavy smoker and has struggled with health conditions that observers have linked to his weight and lifestyle. Back in 2014, he disappeared for almost six weeks before reappearing with a walking stick. 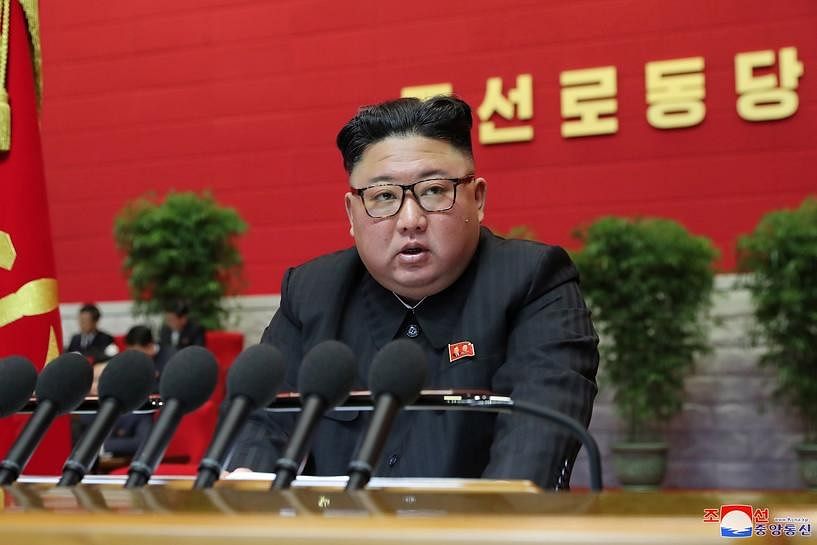