Main Opposition party, the Nepali Congress, has decided to stake a claim for the prime minister's post and is engaged in hectic parleys with other parties to conclude a deal ahead of Thursday's deadline issued by the President to political parties to form a new government as the one headed by K P Sharma Oli lost a crucial trust vote.

The decision to form a new government was taken after the office bearers of the Nepali Congress (NC) met on Tuesday under the leadership of party president Sher Bahadur Deuba.

The Office of President Bidya Devi Bhandari on Monday said she has decided to invite parties to form a majority government pursuant to Article 76 (2) of the Constitution of Nepal.

On Tuesday, Deuba held a meeting with the opposition leaders and discussed ways to form a new government under his leadership. The meeting was attended by CPN-Maoist Centre chairman Pushpa Kamal Dahal 'Prachanda' and Janata Samajwadi Party (JSP-N) second president Upendra Yadav.

Prachanda indicated that his party would support Deuba to become Prime Ministerial candidate. However, JSP-N with its 32 seats in the 271-member House of Representatives is divided on the issue of supporting Deuba as the new prime minister.

Nepali Congress with 61 seats in the House of Representatives and Maoist Centre with 49 seats cannot form a majority government without the support of JSP-N. Although the second president of JSP-N has assured to support Deuba's candidacy, first president of the Party Mahanta Thakur is against the idea.

"Let's make such a person the new Prime Minister who is not from the ex-PM's club to form a national government," senior leader of JSP-N Baburam Bhattarai tweeted, giving a blow to Deuba's candidacy.

"The JSP-N is divided on the issue. We hope that the JSP-N will support us in forming the government by the Thursday deadline," NC Joint General Secretary Prakash Sharan Mahat told reporters after the meeting on Tuesday.

Deuba also hopes to influence lawmakers of the CPN- UML faction led by Madhav Kumar Nepal and Jhalanath Khanal to help it form the government, The Himalayan Times reported.

If the JSP-N does not support the NC, the party hopes to influence 28 lawmakers of the UML's Nepal-Khanal faction to resign en masse.

In that case, the House will be reduced to 243 members, and the NC and the CPN-MC will be able to form a coalition government with the help of 15 JSP-N lawmakers owing allegiance to Upendra Yadav and Baburam Bhattarai.

Mahanta, however, has warned Yadav against trying to split the party. He threatened him with disciplinary action if he unilaterally backed the NC in its bid to form the new government, the report said.

He said the JSP-N should focus on getting its political demands addressed rather than assisting efforts to form the next government.

"Prime Minister KP Sharma Oli-led government has addressed some of our demands and Oli has made efforts to address the remaining issues. We have to wait and watch," he said.

He said the results of his party's talks with the Oli-led government on the party's demands were moving ahead positively.

After Oli lost the trust vote, the NC, the CPN -MC and the faction of the JSP led by Yadav urged President Bhandari to invoke Article 76 (2) of the Constitution to pave the way for the formation of a new government.

It says in cases where no party has a clear majority in the House, the President shall appoint as the prime minister a member of the House who can command the majority with the support of two or more parties in the House of Representatives.

If two or more political parties failed to give a majority Prime Minister by Thursday evening then the President will invite parties to submit the name of a minority Prime Minister from the largest party as per Article 76 sub-clause 3 of the Constitution. In that case Oli, whose party has 121 seats in the Parliament, may again claim stake as the new prime minister.

If Oli is appointed under the Constitution, he also needs to win the vote of confidence within 30 days from the date of the appointment.

Nepal plunged into a political crisis on December 20 last year after President Bhandari dissolved the House and announced fresh elections on April 30 and May 10 at the recommendation of Prime Minister Oli, amidst a tussle for power within the ruling Nepal Communist Party (NCP).

Oli's move to dissolve the House sparked protests from a large section of the NCP led by his rival 'Prachanda'.

In February, the apex court reinstated the dissolved House, in a setback to Oli who was preparing for snap polls.

Known for his pro-China stance, Oli had earlier served as the country's prime minister from October 11, 2015 to August 3, 2016 during which Kathmandu's ties with New Delhi had strained.

Oli said in Parliament on Monday that it was "unfortunate" that a government that "tirelessly worked for the country's development and nation-building" was being "targeted for narrow and partisan interests''.

Prominent leaders, including Deuba and 'Prachanda', blamed Oli for his failure to tackle the surge in COVID-19 cases over the last few weeks. They said "corruption and scandals" had blocked the supply of timely delivery of vaccines from India. 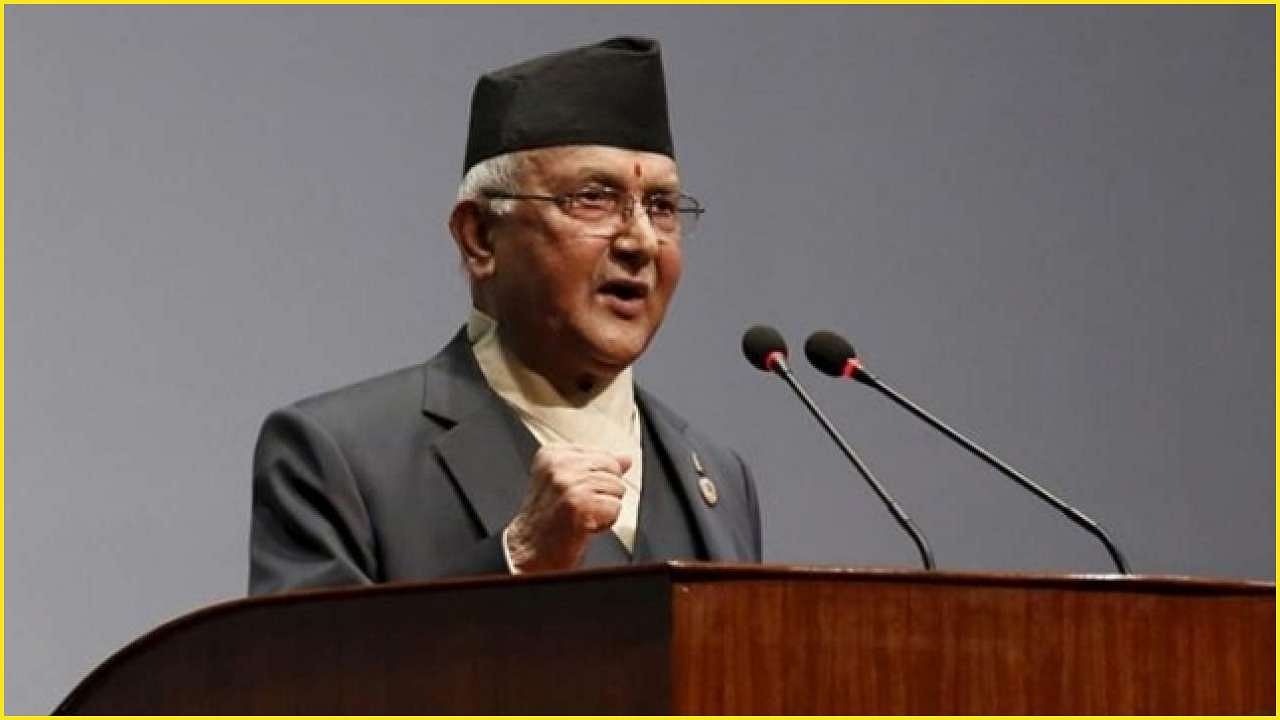