Nearly 70,000 people from 146 villages affected by floods in China's Shaanxi 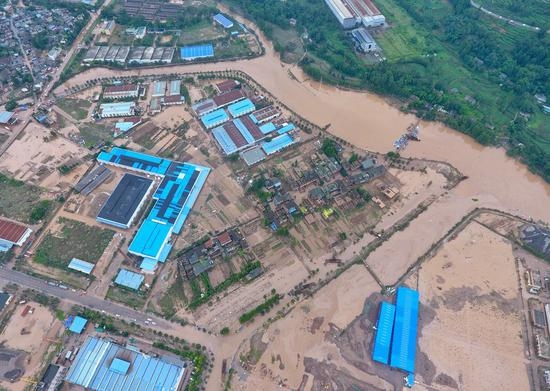 Beijing: Nearly 70,000 people from 146 villages in Luonan county in China's Shaanxi province have been affected by floods triggered by torrential rain, authorities said on Sunday.

The natural disaster has led to the evacuation of 58,345 people, Xinhua news agency quoted the authorities as saying.

Multiple parts of China have been hit by floods and mudslides after a round of torrential rains hit the country in early July 2021.

The massive floods, described by meteorologists as a once-in-a-lifetime event, has resulted in apocalyptic scenes in Henan and its provincial capital Zhengzhou, a metropolis of 12.6 million, with its public avenues and subway tunnels getting submerged with surging waters.

In southwestern Sichuan province, a major mudslide damaged homes and killed livestock, sparking the evacuation of more than 1,000 residents.

China has been on high alert since severe floodings hit the region in 2020, with flood-response and rescue drills carried out ahead of the May rainy season.