Since a military coup deposed her government in February last year, plunging the country into a major civil unrest, Suu Kyi had been facing a barrage of criminal cases that could see her jailed for decades

A court in military-ruled Myanmar has found former leader Aung Sun Suu Kyi guilty of corruption, the latest verdict in a series of secret trials. Suu Kyi has been under house arrest since February 2021 when a military coup ousted her elected government.

The 76-year-old Nobel laureate has been charged with a raft of criminal offences including voter fraud. She denies all of the accusations and rights groups have condemned the court trials as a sham.

The closed-door hearings in the capital Nay Pyi Taw have been shut to the public and media, and Suu Kyi's lawyers forbidden from speaking to journalists.

A Myanmar junta court accused the 76-year-old leader of accepting a bribe of $600,000 cash and gold bars.

The case was the first of 11 corruption charges against Suu Kyi, each carrying a maximum sentence of 15 years in prison. Sources quoted by agencies declined to be identified because her trials were being held behind closed doors.

Since a military coup deposed her government in February last year, plunging the country into a major civil unrest, Suu Kyi had been facing a barrage of criminal cases that could see her jailed for decades.

The 76-year-old was already sentenced to six years in jail for incitement against the military, breaching Covid-19 rules and breaking a telecommunications law -- although she will remain under house arrest while she fights other charges.

Suu Kyi’s National League for Democracy party won a landslide victory in the 2020 general election, but lawmakers were not allowed to take their seats when the army seized power on Feb. 1, 2021, arresting Suu Kyi and many senior colleagues in her party and government. The army claimed it acted because there had been massive electoral fraud, but independent election observers didn’t find any major irregularities.

The takeover was met with large nonviolent protests nationwide, which security forces quashed with lethal force that has so far led to the deaths of almost 1,800 civilians, according to a watchdog group, the Assistance Association for Political Prisoners.

As repression escalated, armed resistance against the military government grew, and some U.N. experts now characterize the country as being in a state of civil war.

Suu Kyi has not been seen or allowed to speak in public since she was detained and is being held in an undisclosed location. However, at last week’s final hearing in the case, she appeared to be in good health and asked her supporters to “stay united,” said a legal official familiar with the proceedings who asked not to be named because he is not authorized to release information.

Since the coup and subsequent uprising, at least 1719 civilians, including children, have been killed by the junta forces, and 9984 arrested.

Insurgencies have been ongoing in Myanmar since 1948, the year the country, then known as Burma, gained independence from the United Kingdom. The conflict has largely been ethnic-based, with several ethnic armed groups fighting Myanmar's armed forces, the Tatmadaw, for self-determination.

Despite numerous ceasefires and the creation of autonomous self-administered zones in 2008, many armed groups continue to call for independence, increased autonomy, or the federalisation of the country. The conflict is the world's longest ongoing civil war, having spanned more than seven decades. 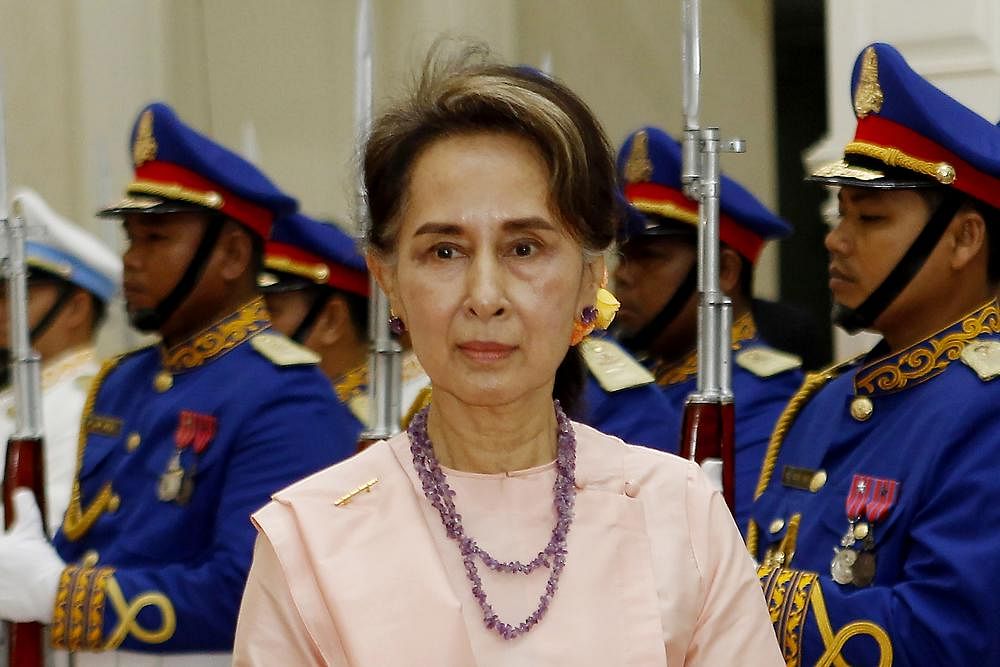