Advertisement
Home / World / More than 320 ships waiting to pass through Suez Canal: Here's what we know so far

More than 320 ships waiting to pass through Suez Canal: Here's what we know so far

This satellite imagery released by Maxar Technologies shows tug boats and dredgers on March 27, 2021, attempting to free the Taiwan-owned MV Ever Given lodged sideways and impeding all traffic across Egypts Suez Canal. | Photo Credit: AFP
Advertisement

A giant container ship remained stuck in Egypt's Suez Canal, one of the world's busiest waterways, while authorities prepared to make new attempts to free the vessel and reopen a crucial east-west waterway for global shipping.

The Ever Given, a Panama-flagged ship that carries cargo between Asia and Europe, ran aground Tuesday in the narrow canal that runs between Africa and the Sinai Peninsula. The massive vessel got stuck in a single-lane stretch of the canal, about six kilometers (3.7 miles) north of the southern entrance, near the city of Suez.

The 400 metre (430 yard) long Ever Given has moved slightly while efforts underway to dislodge it allowed its stern and rudder to move, the head of the canal authority told news agency Reuters.

About 15% of world shipping traffic transits the canal and hundreds of vessels are waiting to pass once the blockage has been cleared.

At least 321 vessels are currently jammed around Egypt's Suez Canal as efforts are underway to refloat the giant cargo ship.

"We expect that at any time the ship could slide and move from the spot it is in," Suez Canal Authority (SCA) chairman Osama Rabie was quoted as saying by Reuters. He added that water had started running underneath the ship. "The number of ships waiting now, whether in the north, the south or in the Lakes is 321. We provide them with all the logistic services they ask for," Xinhua news agency quoted Osama Rabie, chairman of the Suez Canal Authority (SCA), as saying to reporters on Saturday.

He added that the efforts to refloat the stuck "megaship" were running around the clock, without a break. In total, 10 tugboats are involved in the operation. The situation, he noted, is complicated by the size of the ship and the number of containers aboard. The operation is showing encouraging results, but it is premature to speak about when it ends, according to Rabie.

"Last night, there were signs of success to the point that we were very hopeful that the salvage will be completed last night," the SCA chief said, adding the Authority is prepared with several scenarios to refloat the mega ship that has caused "a big crisis".

The 224,000-ton Panama-flagged Ever Given was grounded on Tuesday in the canal after losing the ability to steer amid high winds and a sandstorm, which led the SCA to announce on Thursday temporary suspension of navigation in the man-made waterway.

Rabie said there will be investigation into the exact cause of the accident, but only after the rescue process is over.

Dutch firm Boskalis with its emergency response team Smit Salvage has been hired by Ever Given's owner to assist the SCA in the rescue operations.

Linking the Mediterranean Sea with the Red Sea, the Suez Canal is a major lifeline for global seaborne trade since it allows ships to travel between Europe and South Asia without navigating around Africa, thereby reducing the sea voyage distance between Europe and India by about 7,000 km.

Some 12 per cent of the world trade volume passes through the Suez Canal. The Suez Canal provides one of Egypt's main sources of income, alongside tourism and remittances from expatriates.

In 2015, Egypt opened a 35 km extension running parallel to the historical canal, which was inaugurated in 1869. The expansion allows two-way traffic along the previously one-way canal and is designed to reduce the waiting time for vessels. 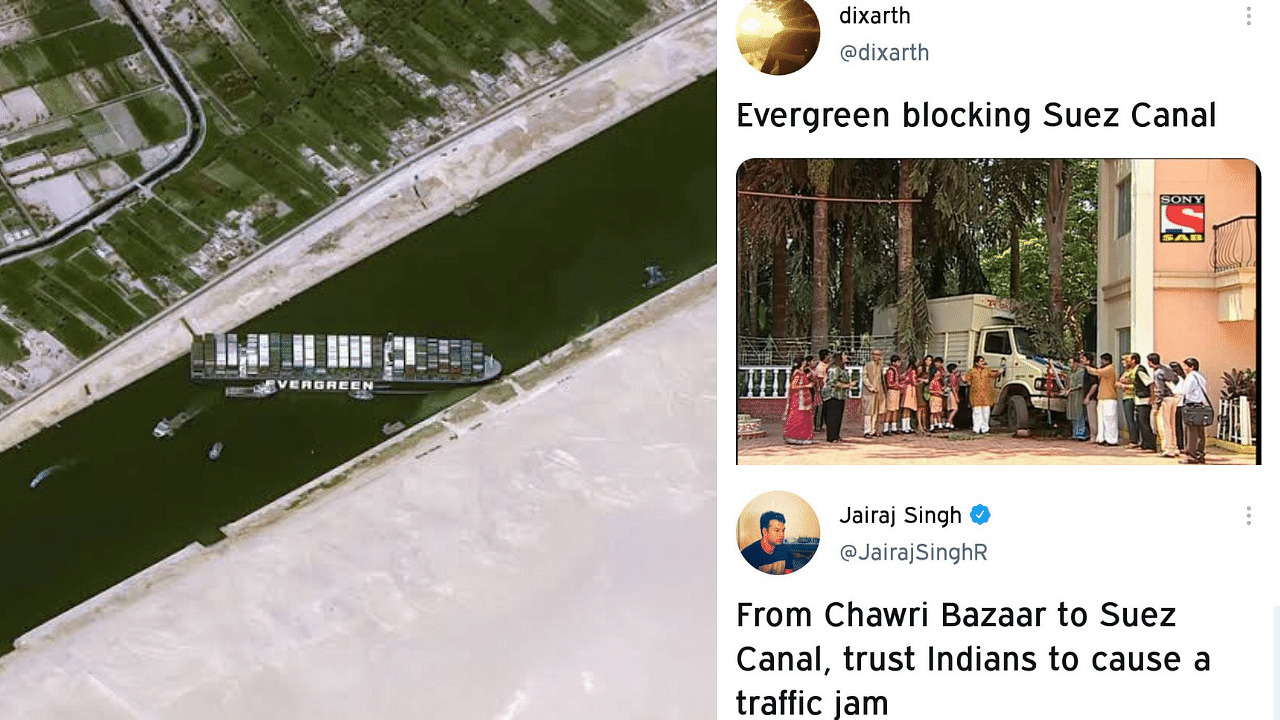