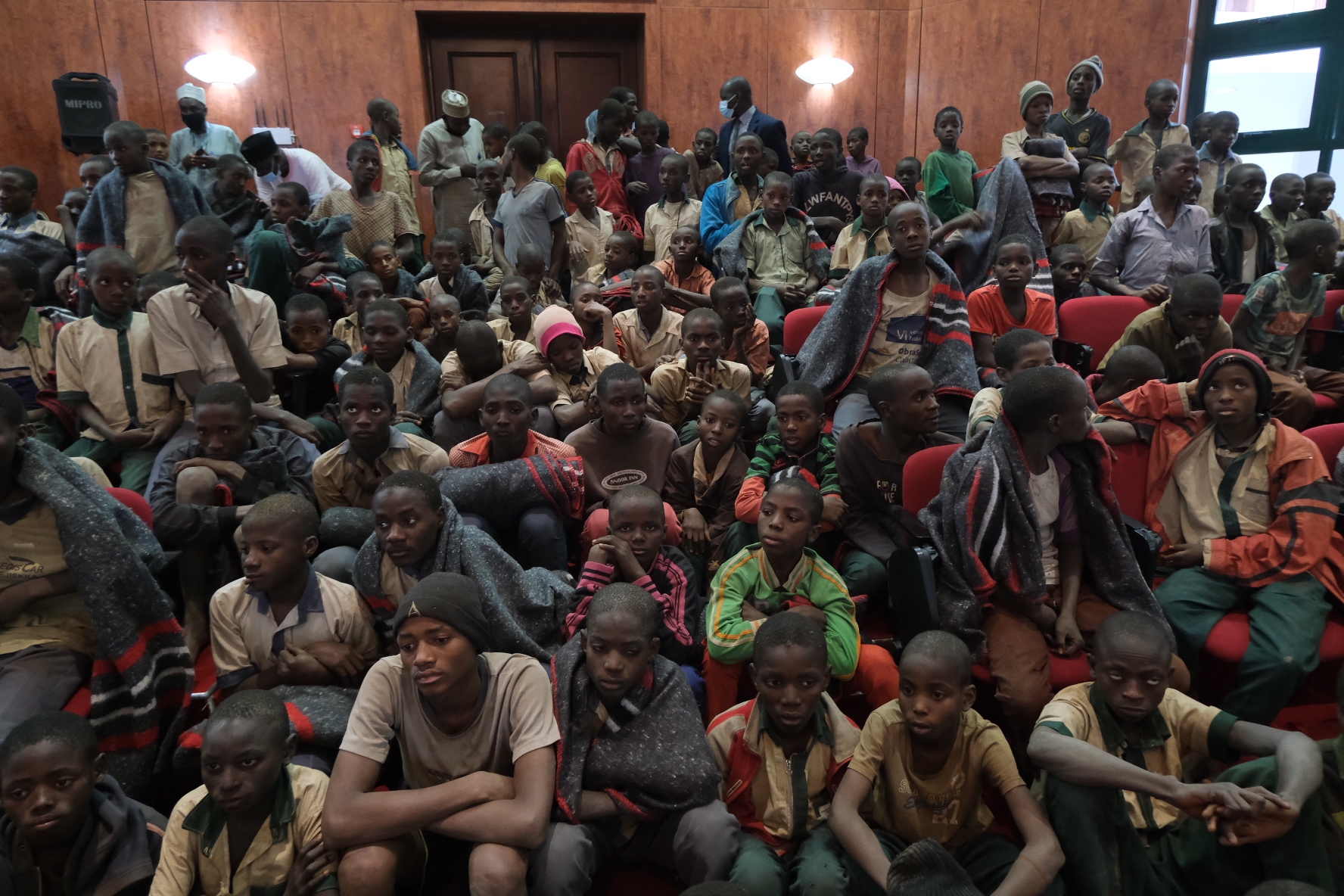 Released students gather at the Government House with other students from the Government Science Secondary school, in Kankara, in northwestern Katsina State, Nigeria upon their release on December 18, 2020. | PIC: AFP

More than 300 schoolboys kidnapped last week in an attack on their school in northwest Nigeria have arrived in the capital of Katsina state in celebration of their release.

The boys were abducted one week ago from the all-boys Government Science Secondary School in Kankara in Katsina state village.

Nigeria's Boko Haram jihadist rebels claimed responsibility for the abduction, saying they attacked the school because it believes Western education is un-Islamic, factional leader Abubakar Shekau said in a video earlier this week.

More than 800 students were at the school at the time of the attack. Hundreds escaped, but it was believed that more than 330 were abducted by the attackers.

The boys met Friday with Katsina Governor Aminu Bello Masari, who said late Thursday that the kidnappers had released 344 students and turned them over to security officials. The government had said it was negotiating with the attackers. The governor told The Associated Press that no money was paid for the boys' release, though it wasn't clear if other negotiations were made.

The boys will have physical examinations before being reunited with their families, he said.