The report claimed that the assets of Gen Bajwa's wife, Ayesha Amjad, went from zero in 2016 to Rs 2.2 billion (declared and known) in six years.

Islamabad: The Pakistan Army finally broke its silence on Sunday to reject reports that its outgoing chief General Qamar Javed Bajwa's family members and relatives became billionaires during his six-year tenure, terming them as "misleading" and based on "blatant lies."

Gen Bajwa, 61, is scheduled to retire on November 29 after getting a three-year extension.

According to a report published by the FactFocus website, the alleged tax records of Gen Bajwa's family, the current market value of the known assets and business of the army chief, both within and outside Pakistan, amounted to Rs 12.7 billion.

Following this, the Shehbaz Sharif-led Pakistan government launched a probe and suspended two officers from service for their involvement in leaking the tax records of Gen Bajwa and his family members.

Pakistan Army's media wing, Inter-Services Public Relations, said misleading data regarding the assets of Army chief Gen Bajwa and his family were shared on social media, and the same assumption-based data was presented in an exaggerated manner on different platforms.

"It is totally untrue and based on blatant lies and malice," the statement read, adding that the assets of Gen Bajwa, his wife and the rest of his family had been declared to the Federal Board of Revenue.

A "false impression" was being given

A "false impression" was being given that these assets were acquired by the father-in-law of Gen Bajwa's son during his six-year tenure, it said. The Army chief and his family regularly file their tax returns, the statement said. "Like every citizen, the Army chief and his family are answerable to the tax authorities for their assets," the statement added.

The FactFocus website, which describes itself as a "Pakistan-based digital media news organisation working on data-based investigative news stories", shared the alleged wealth statements of Gen Bajwa and his family from 2013 to 2021 on its page last week.

The report claimed that the assets of Gen Bajwa's wife, Ayesha Amjad, went from zero in 2016 to Rs 2.2 billion (declared and known) in six years. It stated the amount did not include residential plots, commercial plots and houses given by the Army to her husband.

The report also alleged that the total worth of the declared assets of Mahnoor Sabir (Gen Bajwa's daughter-in-law) jumped from zero in last week of October 2018 to Rs 1,271 million on November 2, 2018, while the assets of Mahnoor's sister Hamna Naseer went from zero in 2016 to "billions" by 2017.

Furthermore, the tax returns of Sabir Hameed - the Army chief's son's father-in-law - were less than a million in 2013 but "in the coming years, he became a billionaire", the website claimed. Finance Minister Ishaq Dar ordered a probe after the tax and wealth details of Gen Bajwa's family members were released online by the website.

Pakistan Prime Minister Sharif on Thursday chose Lt Gen Asim Munir as the new Army chief to succeed incumbent Gen Bajwa, ending the suspense over the key appointment. Meanwhile, Finance Minister Dar has said: "We have found traces [behind the leak]. One is from Lahore and one is from Rawalpindi."

He told Geo TV that there was a possibility that some of the individuals involved may have the authorisation to look at the income tax records as there was a "circle" in Rawalpindi where the assessments took place.

At the same time, the finance minister stressed that the law doesn't give permission to leak the record of income tax returns of anyone, whether it was the army chief or a common man, without court orders. 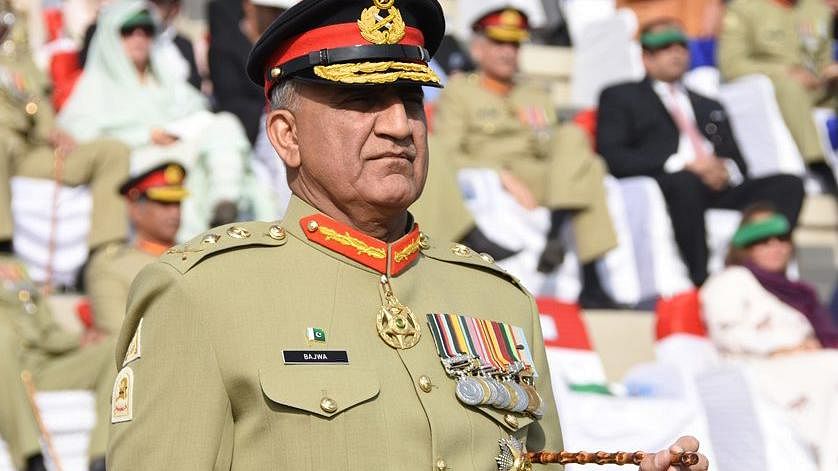