The National Electoral Institute reported that while over 90% of those who participated voted "yes", only about 7% of eligible voters turned out, well below the 40% threshold needed

Mexico City: A referendum in Mexico on Sunday cost the country about $25 million, but drew only a fraction of the voters needed to make it binding.

Few people liked the poorly written question on the ballot, and the vote was held in a third wave of the coronavirus pandemic.

The nationwide referendum asked whether ex-officials should be tried for any illegal acts. The National Electoral Institute reported that while over 90% of those who participated voted "yes", only about 7% of eligible voters turned out, well below the 40% threshold needed.

Critics noted that Mexico has no formal amnesty for former leaders, and there is nothing in current law saying they can't be brought to justice. As opponents say in a slogan, "The law must be applied, not put up for a vote." Turnout at some Mexico City polling places appeared light Sunday.

Jose Francisco Espinosa Cortes, 60, who drives a taxi and runs a computer repair business, was one of only about 60 people to have voted by mid-morning at a polling station in the middle-class San Rafael neighbourhood.

"A lot of people have fallen for the propaganda of 'why go out and vote, nothing is going to change'," said Espinosa Cortes. "But if we don't end impunity, we'll never end corruption," he said calling the referendum "a historic chance for Mexico to get justice".

"There should be a line of people out to here," he said, gesturing to the empty sidewalk in front of the polling place.

Photographer Santiago Ruiseñor, 43, preferred to take his daughter to a Mexico City park to play Sunday rather then vote. "This is a farce," Ruisenor said. "This is pure cynicism, an act that is only being used to increase the president's popularity." To comprehend the exercise, one has to understand President Andres Manuel Lopez Obrador, who pushed for the referendum. A populist, he likes large crowds, and the pandemic has prevented him from holding the kind of mass rallies of hundreds of thousands of people he used to have regularly in Mexico City's main plaza when he was a candidate.

He needed 40% of registered voters to cast ballots - about 37 million people - for the referendum to be binding. Still, drawing nearly 7 million was no mean feat in the face of the pandemic.

"The people want participative democracy, not just representative democracy," Lopez Obrador said last week. "You have to have faith in the people, you have to have confidence in the people and their free choice, not be afraid of the people." Jose Antonio Crespo, a political analyst at Mexico's Centre for Economic Research and Training, called the referendum "strictly an exercise in politics and media exposure," noting the outcome of the ballot question was never in doubt.

"The question isn't whether the "yes" option will win, we know that 90% or more will vote yes," said Crespo. "The question is, how many people will go out to vote? A lot of us don't want to be used in a manipulation. It will be an indicator of how many people still support Lopez Obrador, of how much capacity he has to mobilize people." After two unsuccessful runs for the presidency - which he says he was cheated out of - Lopez Obrador won on the third try in 2018, promising "revenge is not my strong suit" and forging a cordial transition with former president Enrique Pena Nieto.

Crespo, like many Mexicans, believes Lopez Obrador struck a non-aggression pact with Pena Nieto, agreeing not to go after him in return for promises of a clean presidential race in 2018.

But the whole thing, while perhaps necessary, left Lopez Obrador short on his main promise, to eradicate corruption; three years into his term he has few high-profile convictions to show for it. The corruption allegations made by the former head of the country's state-owned oil company against Pena Nieto and top officials of the previous administration have proved hard to bring to trial.

So Lopez Obrador is seeking the blessing of the public to change course and go after ex-presidents, two of whom - Felipe Calderon (2006-2012) and Vicente Fox (2000 to 2006) - have been among his harshest critics.

In all, Mexico has six living ex-presidents, the oldest of whom is 99. The statute of limitations has expired on many of the abuses they are accused of committing, most involving massive corruption, kickbacks, wasting government money and criminal economic mismanagement.

Pena Nieto has kept quiet, but many believe that, if directly provoked, he may have damaging information on Lopez Obrador. Two of the president's brothers were caught on tape accepting packets of cash while Lopez Obrador was a perennial candidate from 2006 to 2018, which might help explain the president's decision to throw the choice to the people.

In a way, it looks somewhat like history repeating itself. Fox became the first opposition candidate to peacefully win the presidency in Mexico's history in 2000, raising hopes with promises to clean the "vermin and black snakes" out of government. He didn't keep that promise.

Lopez Obrador likes referendums, though his past, less formal votes on specific projects have drawn few voters. Moreover, he needs some mass effort to rally supporters whose enthusiasm may be lagging after a tough first three years marked by continued drug cartel violence and a pandemic that has left a high death toll estimated to be around 360,000.

But if the bet was to inspire people with the referendum, it has fallen flat. Electoral regulators rewrote the referendum question into mush, purportedly to prevent the impression that the ex-presidents were being pre-judged.

In the end, the question came to read like a wet noodle: "Do you agree or not that, within the constitutional and legal framework, actions should be carried out to clear up the political decisions made by politicians in the past, with the aim of guaranteeing justice and the rights of potential victims?" "Not only does it require a pause to take a breath to finish reading it, it requires rereading it two or three times to understand what it says," wrote columnist Maite Azuela in the newspaper El Universal. 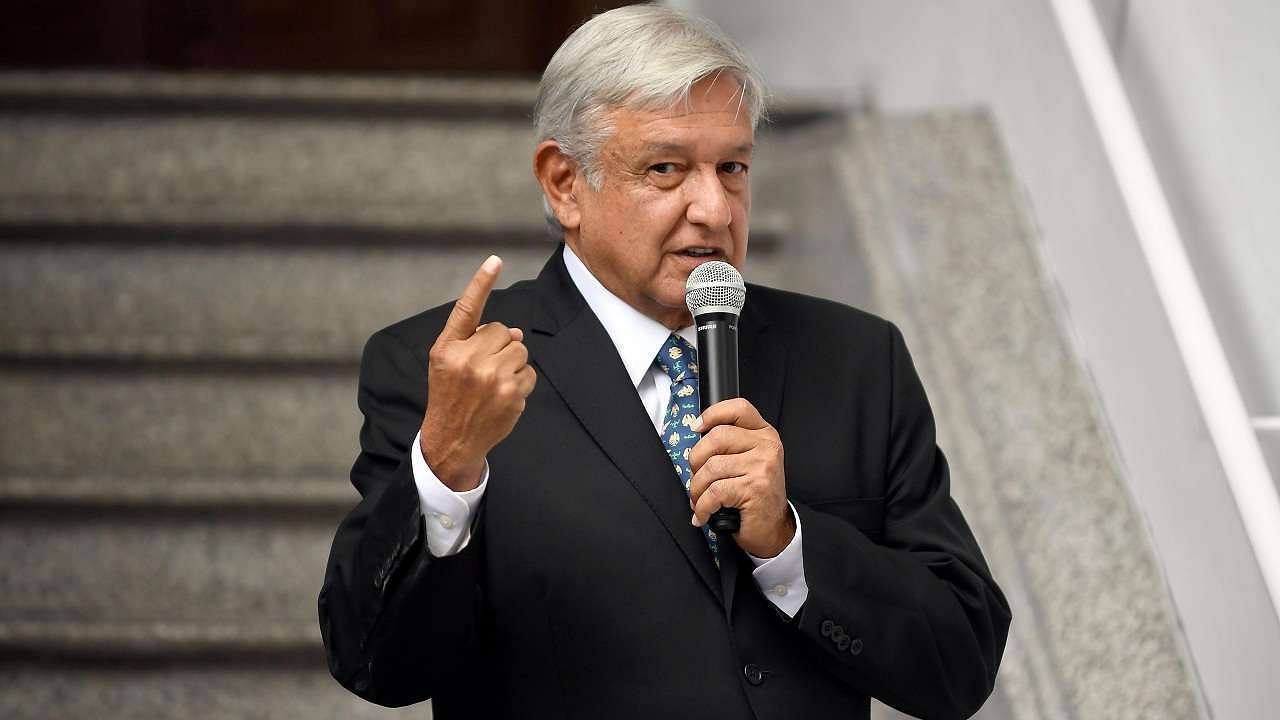