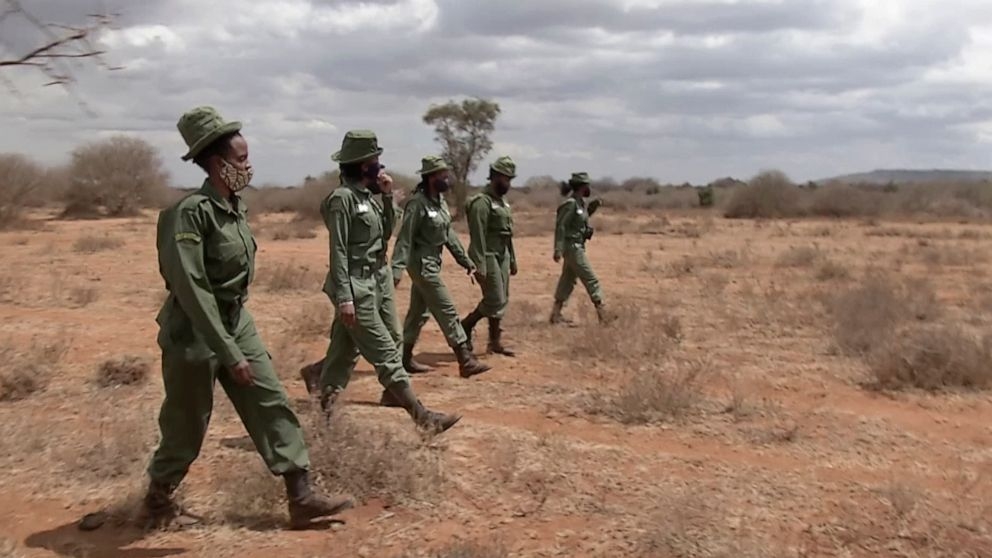 On the sweeping plains at the foot of Mount Kilimanjaro, a group of female wildlife rangers is making history by defying patriarchal norms that have been passed down for centuries, patrolling against poachers instead of doing household chores.

Team Lioness members say they overcame community resistance to women working outside the home and hope their precedent-setting example will help shift mindsets.

"First, the community believed I will not make it because they believe I am weak. Our work in the community was to give birth and do chores," said 24-year-old Purity Amleset during a recent foot patrol.

Dozens of elephants grazed behind her in swampland with Africa's tallest peak, snow-capped Mt. Kilimanjaro, in the distance. The animals roam freely between the Maasai-owned protected area outside the park and the park itself.

"They thought that this is only meant for men so they have been discouraging us ... but we told them, 'No, we will do it and we will make it,'" Amleset said.