Man holes up at France museum, gets arrested

Writes notes in Arabic & warns to turn it into hell
Agencies 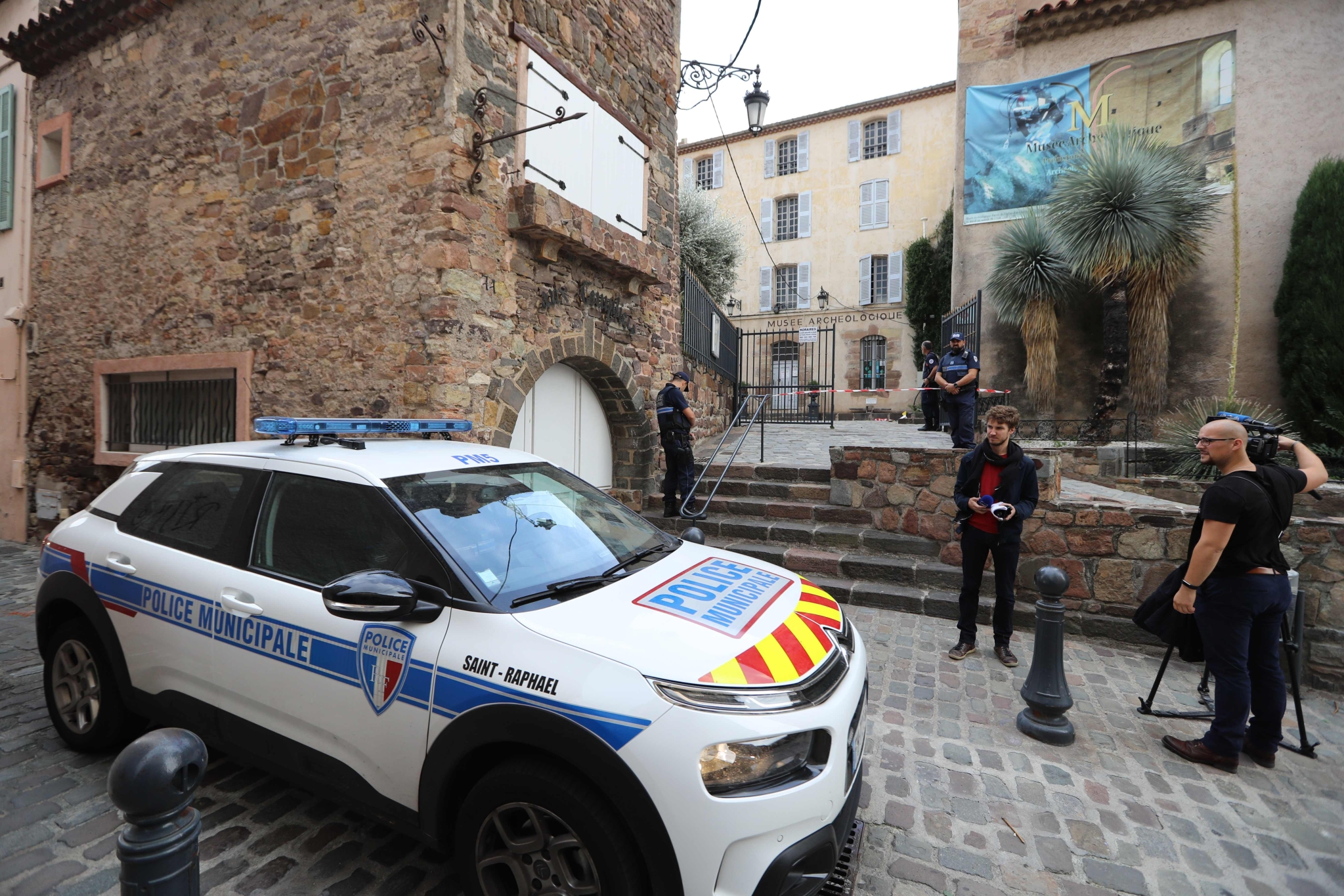 Police officers and journalists stand in front of the archeology museum in Saint-Raphael, southern France on October 23, 2019 | Photo by Valery HACHE / AFP

Saint-Raphael: Police in southern France on Wednesday detained a man who had broken into a museum overnight and threatened to turn it into "hell", provoking a four-hour standoff, authorities said.

The man was seized "without resistance and without violence" in the gardens of the archeology museum in the Mediterranean town of Saint-Raphael shortly after 11:00 am (0900 GMT), the government's top regional official said. "We still need to determine his motives and his identity," the official, Eric de Wispelaere, told journalists.

Officers from the elite RAID crisis intervention unit as well as a bomb disposal squad had surrounded the site, where several messages in Arabic, including "The museum is going to become a hell," had been scrawled on the walls, according to police sources.

Officials have refused to confirm the message, saying it and others were still being analysed by translators. De Wispelaere said the man had acted alone and that no explosive had been found.

The standoff led officials to lock down a large part of the historic centre of the resort town of some 35,000 people, tucked between Cannes and Saint-Tropez.

"There are barricades everywhere, the street is completely blocked off," Sebastian Belkacem, who owns the Duplex restaurant opposite the museum, told AFP by telephone.

The museum, a historic monument, includes a medieval stone church and a vast collection of amphoras and other items from the region's Roman history. "Some amphoras dating from the Roman period have been destroyed," Saint-Raphael's mayor, Frederic Masquelier, said at a press conference.