This photo provided Tuesday April 19, 2022 by the French Army shows a French soldier of the Barkhane forces directing operations before France hands over the Gossi base to Malian forces, on April 9, 2022 in Gossi, Mali | AP

Mali on Tuesday accused the French army of “spying” and “subversion” when it used a drone to film what France alleged was mercenaries burying bodies near a military base.

France said it filmed the video near the Gossi military base in northern Mali and accused Russian-linked mercenaries of playing a role in a coordinated campaign to smear departing French soldiers.

Mali's junta said in a statement Tuesday that France flew the drone "illegally" over the military base on April 20, the day after French forces handed over the base to Malian authorities.

French military said it released the footage to show that Mali's military government and Russian mercenaries were trying to claim the French of committed grievous crimes.

Mali's ruling junta said it discovered the mass grave near the Gossi base a day after the French released the footage, and has ordered an inquiry into it.

"In addition to the spying, French forces were guilty of subversion by publishing false images worked up to accuse the FAMa of responsibility of killing civilians, with the aim of tarnishing their image," Maiga added.

Bamako said “foreign aircraft, notably operated by French forces” had deliberately violated Malian airspace more than 50 times since the start of the year.

But in February, it decided to pull out its troops after falling out with the military junta, especially over its rapprochement with the Kremlin.

France and the United States have accused mercenaries from the Kremlin-linked security firm Wagner of deploying in Mali, where the junta claims the Russians are just military instructors helping to restore order.

The French military has accused Russian mercenaries in Mali of staging a mass grave using real bodies in an apparent attempt to frame French forces and discredit Paris’s counterterrorism operation in the region.

The images were gathered just days after France handed control of the base over to the Malian Armed Forces as part of its military withdrawal from the country, following nearly 10 years of counterterrorism operations.

The French military has accused Russian mercenaries in Mali of staging a mass grave using real bodies in an apparent attempt to frame French forces and discredit Paris’s counterterrorism operation in the region.

France has denied that its soldiers were involved in a massacre at the site, and says it's a Russian-backed attempt to discredit its military.

Thousands of French troops have been fighting Islamist militants in Mali for nearly a decade.

France decided to withdraw them after disagreements with the military rulers who seized power in a coup last year. 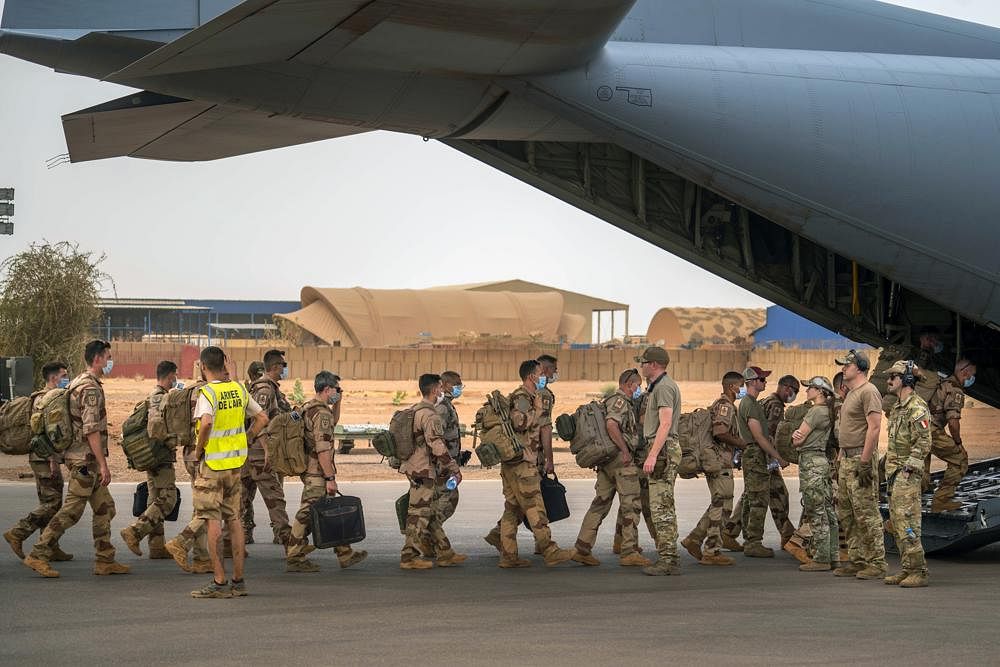