Selangor -- the country's wealthiest and most densely populated state, encircling the capital Kuala Lumpur -- is one of the worst-hit areas.
AFP The Malaysian military used boats Tuesday to distribute food to desperate people trapped in their homes after massive floods, as the death toll rose to 14 with over 70,000 displaced.

Days of torrential rain triggered some of the worst floodings in years across the country at the weekend, swamping cities and villages and cutting off major roads.

Selangor -- the country's wealthiest and most densely populated state, encircling the capital Kuala Lumpur -- is one of the worst-hit areas.

In the city of Shah Alam, some areas were still underwater Tuesday and military personnel in boats distributed food to people stuck in their homes and government shelters.

Kartik Subramany fled his house as floodwaters rose, and took refuge in a school for 48 hours before being evacuated with his family to a shelter.

"My house is totally damaged, my two cars are wrecked," the 29-year-old told AFP.

"These are the worst floods of my entire life. The federal government has failed the people miserably -- it has failed in its primary function to protect and safeguard lives."

He is among a growing number criticising what they say is a slow and inadequate official response.

Thousands of emergency service and military personnel have been mobilised, but critics say it is not enough and volunteers have stepped in to provide food and boats for the rescue effort.

There have also been reports of supermarkets being looted in one hard-hit Shah Alam neighbourhood.

"No early warning of the torrential rain was given," she told AFP. "It is so sad lives have been lost."

On Tuesday, the death toll from the floods rose to 14, including eight in Selangor and six in the eastern state of Pahang, official news agency Bernama reported.

But with reports of people still missing, it is expected to increase.

More than 71,000 people have been forced from their homes due to the floods, including 41,000 in Pahang and 26,000 in Selangor, according to official data.

Evacuees are being housed in government relief centres but officials have warned to expect a rise in coronavirus cases linked to the crowded shelters.

The rain has stopped and in many areas floodwaters have receded, leaving residents to count the cost.

"I've been doing business for more than 24 years... this has never happened before," said Mohammad Awal, whose cosmetic shop outside Kuala Lumpur was flooded.

The Southeast Asian nation is hit by floods annually during the monsoon season, but those at the weekend were the worst since 2014 when over 100,000 people were forced from their homes.

Global warming has been linked to worsening floods. Because a warmer atmosphere holds more water, climate change increases the risk and intensity of flooding from extreme rainfall. 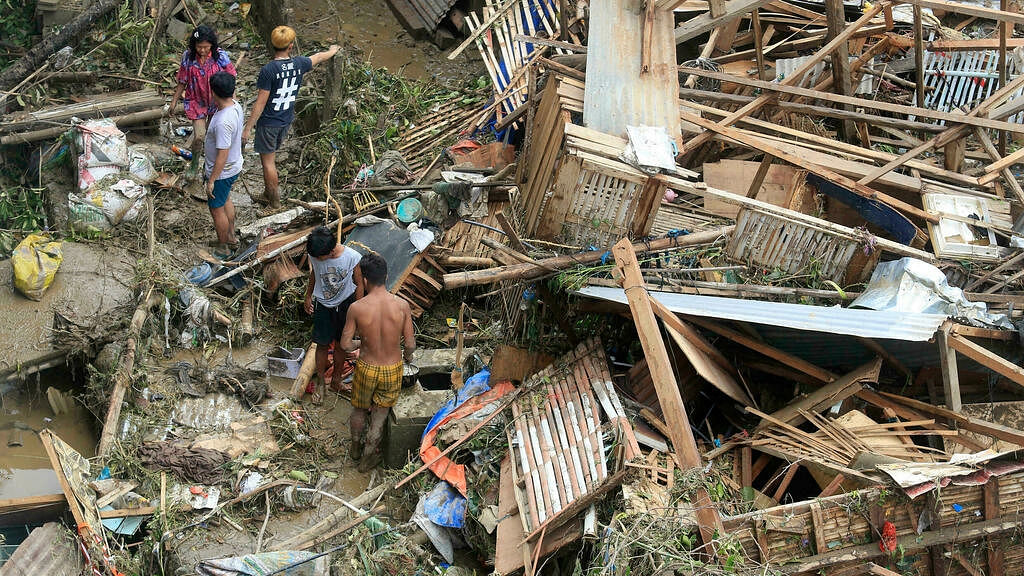