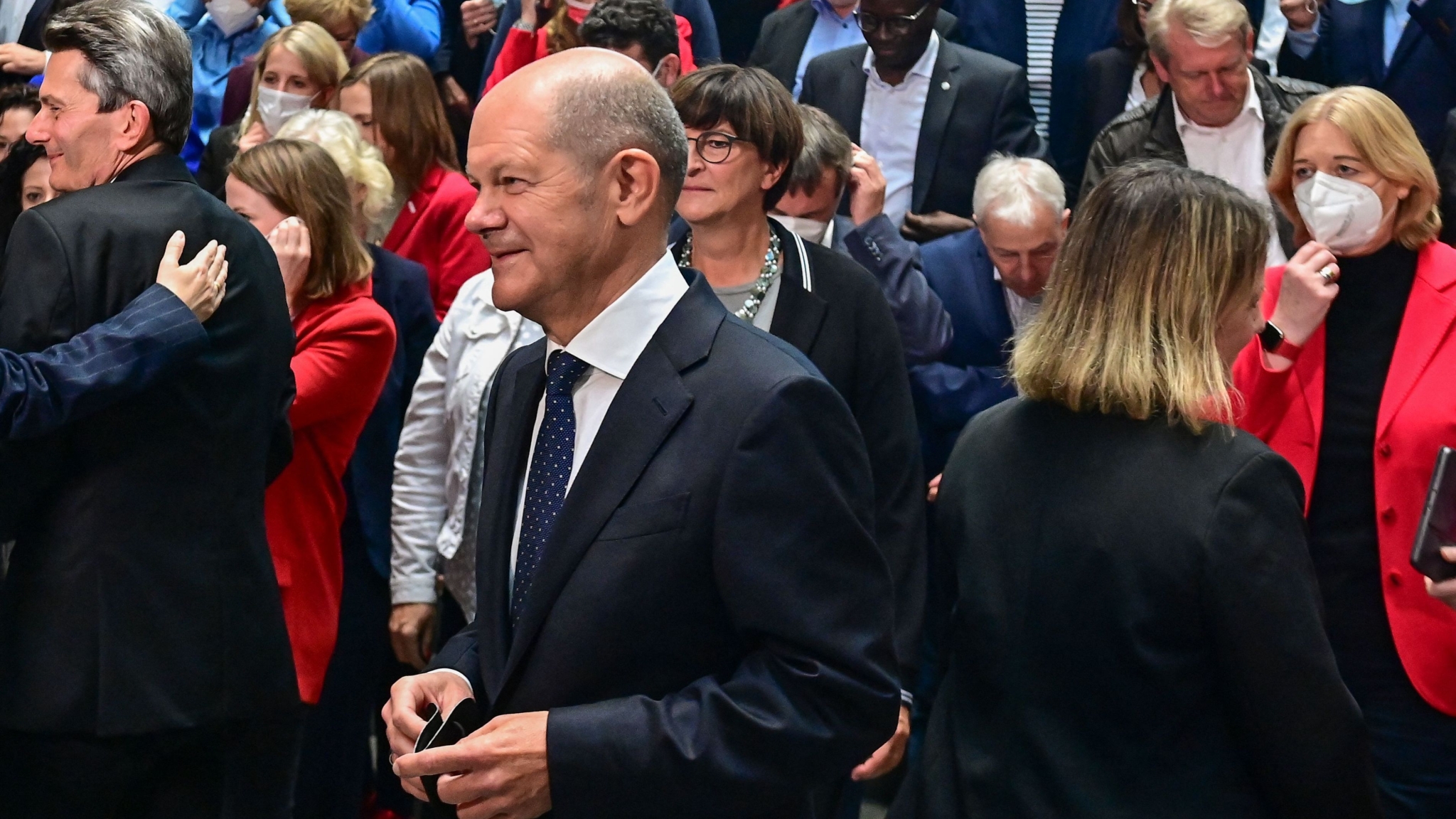 Olaf Scholz (front and center) leaves after posing for a group photo with the SPD members of parliament, after a meeting with their parliamentary group on September 29, 2021 in the Bundestag compound in Berlin. | Photo: AFP

Unlike previous elections of the federal Parliament or Bundestag, about 59 per cent of German citizens were now in favour of a governing coalition of the Social Democratic Party (SPD), the Greens and the liberal FDP, according to a new poll.

The Politbarometer poll published by public broadcaster ZDF on Friday revealed that in contrast, a coalition of the conservative union CDU/CSU, the Greens and FDP was only supported by 24 per cent, reports Xinhua news agency.

A continuation of the current grand coalition between SPD and CDU/CSU was the least favoured option with 22 per cent,according to the survey conducted among just over 1,200 people.

A large majority of 76 per cent supported Olaf Scholz of the SPD as the next German Chancellor.

Armin Laschet from the CDU, who never had great popularity ratings to begin with, plummeted to 13 per cent, according to the survey.

Even among CDU/CSU voters, 49 per cent favoured Scholz and only 39 per cent backed Laschet.

Following the elections, the parties are now having meetings to discuss the establishment of a new government.

Angela Merkel, who has been German Chancellor for nearly 16 years, announced in 2018 that she would not seek a fifth term, ending her political career once a successor is officially sworn into office. 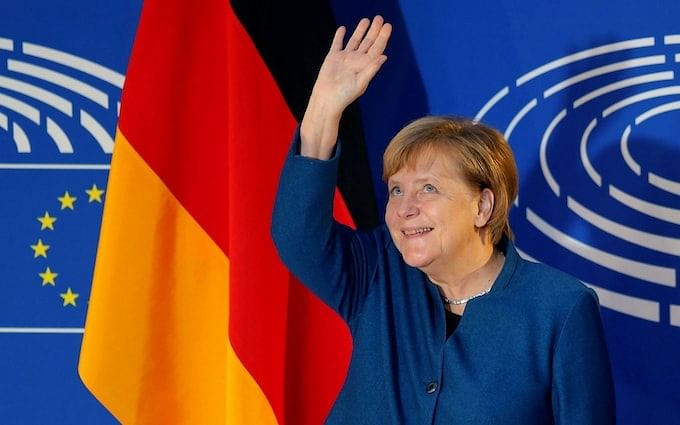