Magician fulfils his Hogwarts dream by flying on broomstick 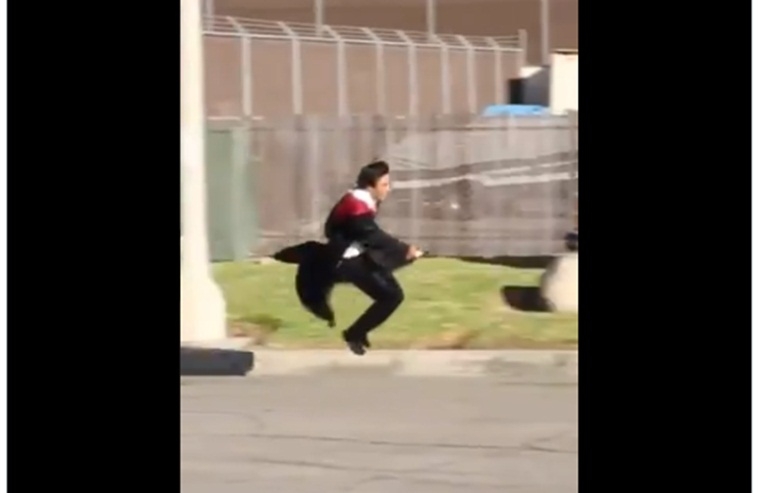 California: California-based magician Zach King, 29, has clearly swept his millions of fans off their feet with this trick: Dressed as Harry Potter, he zoomed around in the air while riding a broomstick.

"They rejected my application to Hogwarts but I still found a way to be a wizard," he captioned the clipping.

He is seen wearing a robe, red-and-gold Gryffindor tie, glasses, as he seems to fly around a cul-de-sac on a broomstick, the Mail Online reported.

Since he's outside, it's clear he can't be hanging from any sort of harness from above, and there doesn't appear to be anything holding him up from either side.

A Twitter user posted a picture of the magician and tagged @tiktok_us. He wrote: "Do you even know that one of your creator's (@zachking) video has garnered over 2.1 BILLION VIEWS!!! You don't seem to celebrate it."

King retweeted the post at @zachking and wrote: "2.1 billion, I'm pinching myself."

"Long boardium Leviosa, that's what gets me," said another.

One fan posted: "Hello! Zach King, I'm Lui from China. I'm glad to meet you on YouTube. I like your video very much. I saw your video when I was most depressed and in the lowest mood. It was very magical and made me laugh, though one is not allowed to visit YouTube in China."

Other social media users called him "awesome", "amazing", "clever", "brilliant", and a "hero".

'Is this one of those things where you pretend to explain the trick, but don't actually explain the trick? Because most of the video looks more like a green-screen effect to me,' wrote one user.