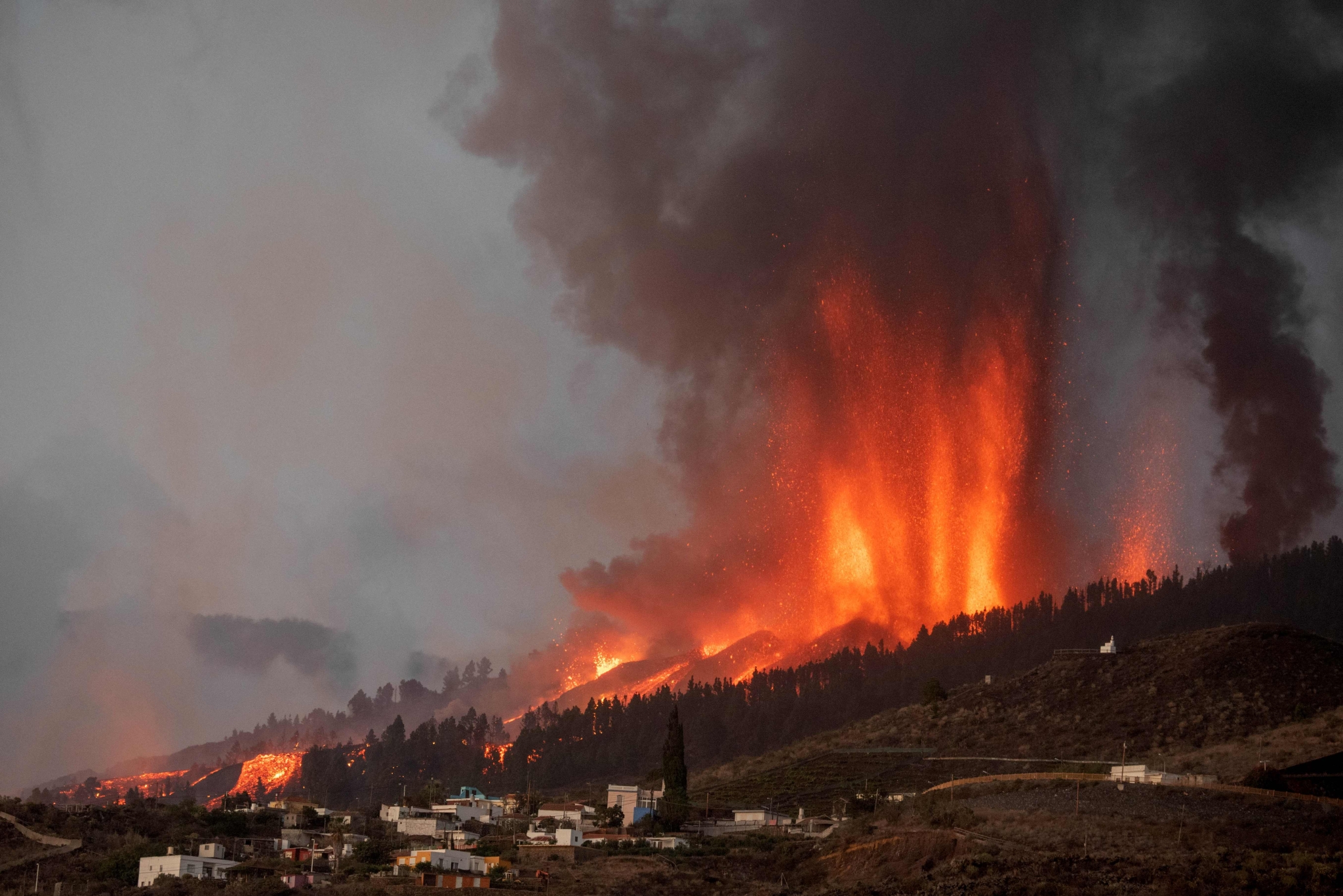 Lava continued to flow slowly from a volcano that erupted in Spain's Canary Islands off northwest Africa, but the head of the regional government said Monday he expected no injuries to people in the area after some 5,000 were evacuated.

Lava was flowing on the island of La Palma toward the sea, moving at 700 meters per hour, according to the Canary Islands Volcanology Institute.

"We're not expecting any other eruption," Torres said, adding that air traffic in the area was not affected.

"There will be considerable material damage," he said. "We hope there won't be any personal injuries." People on La Palma largely live from farming.

As the volcano continues to spew lava and ash onto the surface, the Instituto Volcanológico de Canarias has estimated that the volcano is emitting sulfur dioxide into the air at a rate of 6,000-9,000 tons per day.

Spanish Prime Minister Pedro Sánchez was due to visit the affected area Monday after cancelling his trip to New York to attend the UN General Assembly.

The volcano erupted Sunday after a weeklong buildup of seismic activity that was closely monitored by authorities.

The Canary Islands Volcanology Institute reported the initial eruption shortly after 3 pm near the southern end of the island, which saw its last eruption in 1971.

Huge red plumes topped with black-and-white smoke shot out along the Cumbre Vieja volcanic ridge, which scientists had been monitoring following the accumulation of molten lava below the surface and days of small earthquakes.

Most of those evacuated found family or friends to take them in. The rest were in shelters, officials said.

La Palma, with a population of 85,000, is one of eight volcanic islands in Spain's Canary Islands archipelago off Africa's western coast. At their nearest point, the islands are 100 kilometers (60 miles) from Morocco.

A 4.2-magnitude quake was recorded before the eruption, which took place in an area known as Cabeza de Vaca on the western slope as the ridge descends to the coast.

As the eruptions continued, at least two open mouths belched bright red magma into the air that then flowed in tight streams down the mountain slope.

Mariano Hernández, president of La Palma island, asked people to stay away from the eruption.

"People should not come near the eruption site where the lava is flowing," "We are having serious problems with the evacuation because the roads are jammed with people who are trying to get close enough to see it," Hernández said.

Itahiza Dominguez, head of seismology of Spain's National Geology Institute, told Canary Islands Television that although it was too early to tell how long this eruption would last, prior eruptions on the Canary Islands lasted weeks or even months. 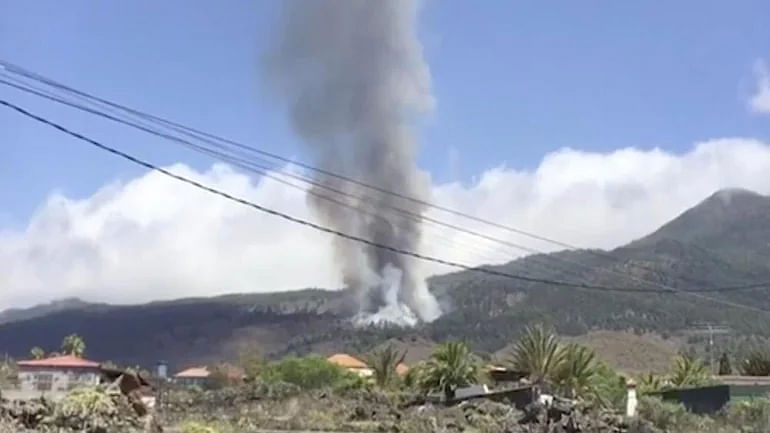