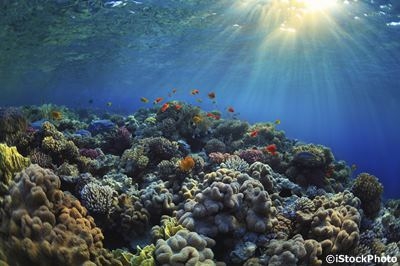 Miami: A team of scientists in the US have managed to reproduce coral in a lab setting for the first time ever, an encouraging step in the race to save “America’s Great Barrier Reef” off the coast of Florida. The researchers from Florida Aquarium’s Center for Conservation were able to reproduce endangered Atlantic Pillar coral through induced spawning, a development that could ultimately prevent the extinction of the Florida Reef tract.

“This amazing breakthrough was the first time that we spawned Atlantic corals in a laboratory setting that we’ve had for over a year in our greenhouses,” Amber Whittle, the aquarium’s director for conservation, told AFP Monday.

Reproduction was achieved by mimicking the conditions of the corals’ natural environment, including sunrises, sunsets, moon phases, water temperature and quality. Florida’s corals are deteriorating rapidly due to climate change and a destructive tissue disease that appeared in the waters of the southeastern state in 2014.