The powerful sister of North Korean leader Kim Jong Un dismissed prospects for an early resumption of diplomacy with the United States, saying Tuesday US expectations of talks would “plunge them into a greater disappointment”.

Kim Yo Jong’s blunt statement indicates that the diplomatic impasse over North Korea’s nuclear program is likely to continue unless the North suffers greater economic and pandemic-related difficulties, some experts said.

“It seems that the US may interpret the situation in such a way as to seek a comfort for itself," the official Korean Central News Agency quoted her as saying. “The expectation, which they chose to harbour the wrong way, would plunge them into a greater disappointment.”

Shin Beomchul, an analyst with the Seoul-based Korea Research Institute for National Strategy, said North Korea has been communicating the same message for months — that it has no intention to return to talks unless the United States offers meaningful concessions, likely in the form of eased economic sanctions. The Biden administration, for its part, doesn't want to budge either, he said.

“Both parties are locked in a waiting game — North Korea wants the US to make concessions first, and the US has no intentions to match a level of action the North is demanding,” Shin said. 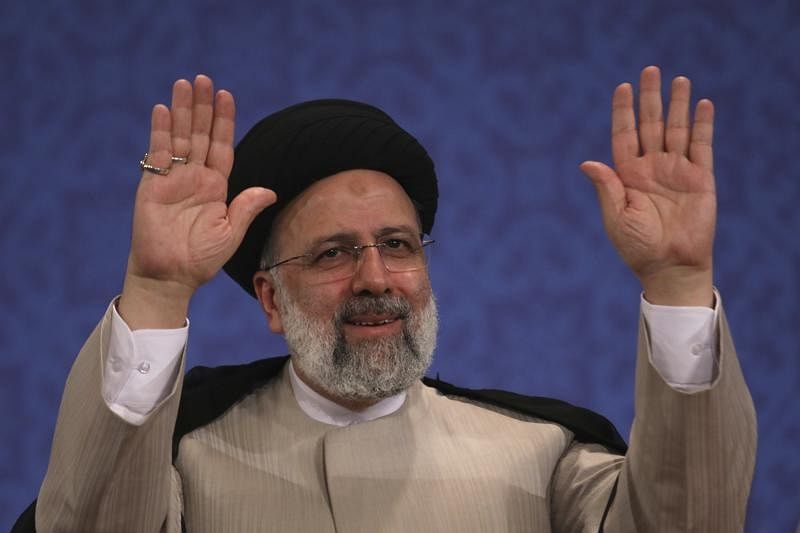 Lift all unjust curbs: Raisi to US

Tehran: Iran’s President-elect Ebrahim Raisi said that the US must lift “all unjust sanctions” on Tehran and abide by their commitments under the 2015 nuclear agreement.

“What I am saying to the US is according to the nuclear deal, you were obliged to lift all sanctions and you did not. Go back and fulfil your commitments,” Raisi said, addressing his first press conference as President-elect. About the European partners in the N-deal, Raisi said they should not succumb to the “pressures and foreign policies” of Wa­s­hington but instead fulfil commitments under the deal. Iran, he noted, will negotiate neither its regional policies nor its national defence with foreign parties.