North Korean leader Kim Jong Un ordered his government to be prepared for both dialogue and confrontation with the Biden administration - but more for confrontation, state media reported Friday, days after the United States and others urged the North to abandon its nuclear programme and return to talks.

Kim's statement indicates he'll likely push to strength his nuclear arsenal and increase pressure on Washington to give up what North Korea considers a hostile U.S. policy, though he'll also prepare for talks to resume, some experts say.

During an ongoing ruling party meeting Thursday, Kim analysed in detail the policy tendencies of the U.S. under President Joe Biden and clarified unspecified steps to be taken in relations with Washington, the Korean Central News Agency said.

Kim "stressed the need to get prepared for both dialogue and confrontation, especially to get fully prepared for confrontation in order to protect the dignity of our state and its interests for independent development and to reliably guarantee the peaceful environment and the security of our state." In 2018-19, Kim held a series of summits with then-President Donald Trump to discuss his advancing nuclear arsenal. But their negotiations fell apart after Trump rejected Kim's calls for extensive sanctions relief in return for a partial surrender of his nuclear capability.

Biden's administration has worked to formulate a new approach on North Korea's nuclear program that it describes as "calibrated and practical." Details of his North Korea policy haven't been publicized, but U.S. officials have suggested Biden would seek a middle ground between Trump's direct meetings with Kim and former President Barack Obama's "strategic patience" to curb Kim's nuclear program.

Earlier this week, leaders of the Group of Seven wealthy nations issued a statement calling for the complete denuclearization of the Korean Peninsula and "the verifiable and irreversible abandonment" North Korea's nuclear and missile programs.

They called on North Korea to engage and resume dialogue and respect human rights conditions.

Kim has recently threatened to enlarge his nuclear arsenal and build high-tech weapons targeting the U.S. mainland if Washington refused to abandon its hostile policy on North Korea.

In March, Kim's military performed its first short-range ballistic missile tests in a year. But North Korea still maintains a moratorium on long-range missile and nuclear tests in an indication that Kim still wants to keep prospects for diplomacy alive.

Kwak Gil Sup, head of One Korea Center, a website specializing in North Korea affairs, wrote on Facebook that Kim's statement suggested he's taking a two-track approach of bolstering military capability and preparing for talks. But he said Kim will more likely focus on boosting military strength and repeating his demand for the U.S. to withdraw its policy.

Kim said last week must stay on high alert "to fulfill its noble mission and duty of firmly defending the sovereignty and security of the country." Analyst Cheong Seong-Chang at the private Sejong Institute in South Korea said North Korea will still likely return to talks but it won't accept a call for immediate, complete denuclearisation. He said North Korea may accede to a proposal to freeze its atomic program and partially reduce its nuclear arsenal in phased steps if the Biden administration relaxes sanctions and suspend its regular military drills with South Korea.

Kim called the ruling Workers' Party's Central Committee meeting taking place this week to review efforts to rebuild his economy, which has been severely crippled by pandemic border closings, mismanagement amid the U.S.-led sanctions, and storm damage to crops and infrastructure last year.

On Tuesday, Kim opened the meeting by warning of potential food shortages, urging officials to find ways to boost agricultural production because the country's food situation "is now getting tense." He also urged the country to brace for extended COVID-19 restrictions, suggesting North Korea would extend its border closure and other steps despite the stress on its economy. 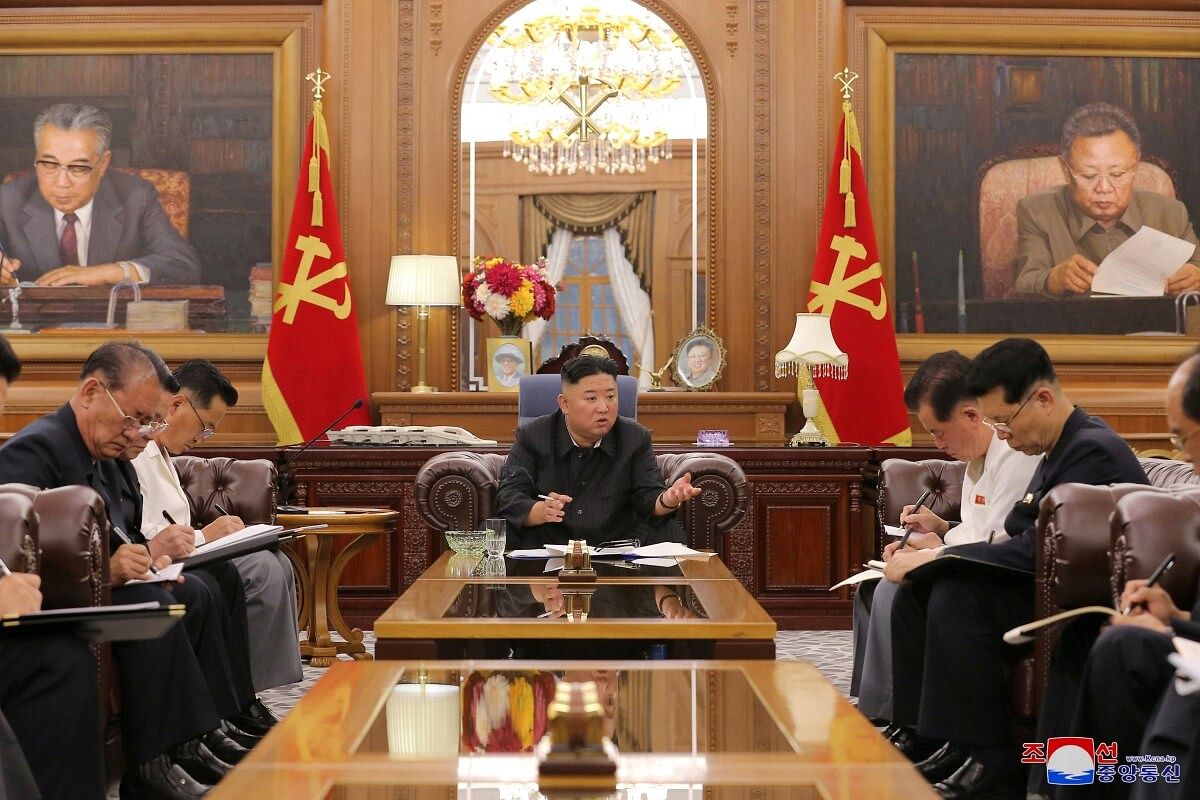