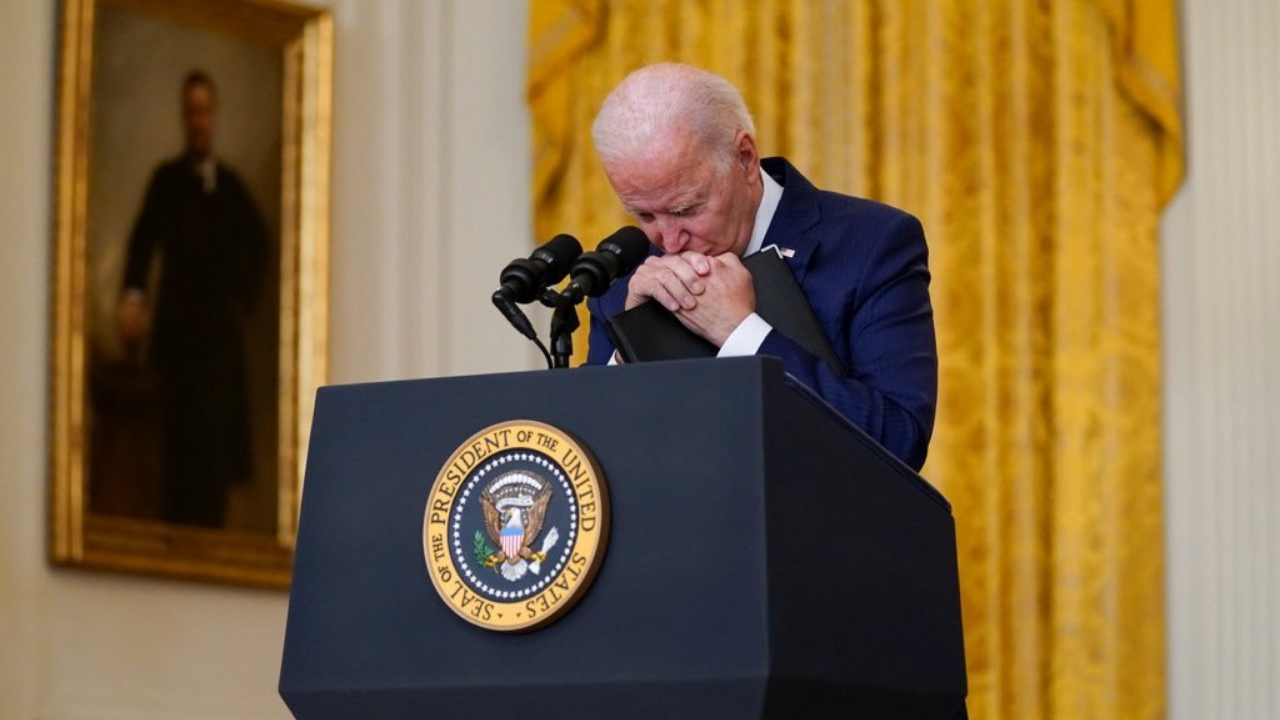 Washington: Eyes closing, voice cracking, Joe Biden physically reflected the terrible blow to his presidency from the slaying of 13 US service members during the desperate Kabul evacuation.

Addressing the nation from the White House, Biden bowed his head for a moment of silence before taking questions from journalists pressing him on the bloody twist in the already tragic operation to shut down the 20-year war in Afghanistan.

He appeared occasionally close to tears as he spoke of the dead "heroes." And when he promised the attackers "we will hunt you down," there was steel in his voice.

No doubt that Biden's presidency has been shaken to the core by the bombing. In January, he assumed office promising calm at home and respect for the United States abroad after the turbulent Donald Trump years.

Now Biden's been left with a mountain to climb if he's to persuade the nation and America's partners that either goal remains achievable.

"Joe Biden has blood on his hands," Republican congresswoman Elise Stefanik said. "This horrific national security and humanitarian disaster is solely the result of Joe Biden's weak and incompetent leadership. He is unfit to be commander-in-chief."

Republican Senator Marsha Blackburn tweeted that Biden and all his top national security staff "should resign or face impeachment and removal from office."

The Republican outcry was predictable. But the wider damage reflected in opinion polls will be more worrying for Biden. Charles Franklin, director of the Marquette Law School Poll, however, said that given the unpopularity of the Afghan war, Biden may yet ride the disaster out.