Japan to go ahead with dumping radioactive Fukushima water into ocean

The plan to release the low-level radioactive water starting around next spring will be officially approved after the regulator hears submissions from the public.

In 2021, the Japanese government approved the release of over 1 million tonnes of irradiated water from the site after treatment into the ocean, starting around spring 2023.

The announcement provoked concerns from local fishermen and objections from neighboring China and South Korea.

A massive earthquake and tsunami in 2011 destroyed the Fukushima plant’s cooling systems, causing the meltdown of three reactors and the release of large amounts of radiation.

Water that has been used to cool the three damaged reactor cores, which remain highly radioactive, has since leaked but was collected and stored in tanks.

There is still concern in the community and neighboring countries about the potential health hazards of the release of the wastewater that includes tritium — a byproduct of nuclear power production and a possible carcinogen at high levels.

The water, treated through an advanced liquid processing system that removes radionuclides except for tritium, will be diluted with seawater to one-40th of the concentration permitted under Japanese safety standards and released 1 kilometer off the power plant via an underwater pipeline, according to the plan.

The government and TEPCO say more than 60 isotopes selected for treatment can be lowered to meet safety standards, except for tritium, but that it is safe if diluted. Scientists say impact of long term low-dose exposure to the environment and humans are unknown, and that tritium can have a bigger impact on humans when consumed in fish than in water.

The contaminated water is being stored in about 1,000 tanks at the damaged plant, which officials say must be removed so that facilities can be built for its decommissioning. The tanks are expected to reach their capacity of 1.37 million tons next year — slower than an earlier estimate of later this year.

Japan has sought the IAEA’s assistance to ensure the water release meets international safety standards, and to reassure local fishing and other communities as well as neighboring countries that have sharply criticized the plan.

A team of experts from the IAEA visited the plant in February and March for meetings with Japanese government and TEPCO officials. The task force, in a report issued late April, said Japan is making “significant progress” on the plan and taking appropriate steps toward the planned discharge. 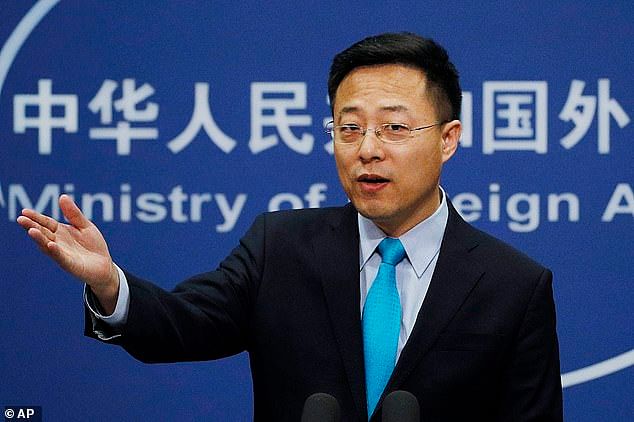 HomeWorldJapan to go ahead with dumping radioactive Fukushima water into ocean