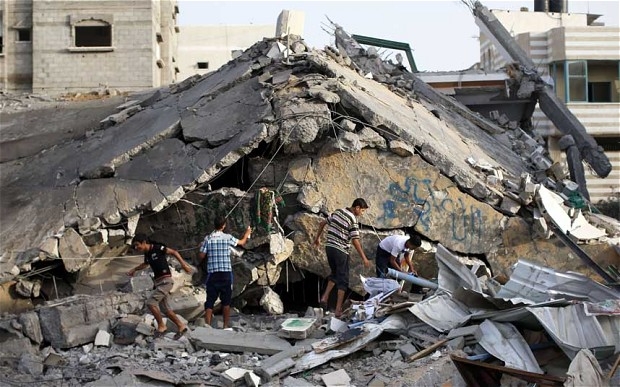 Four men were also killed in two separate air strikes in Beit Lahiya in the north, he added, along with one person killed in the Qarara district of southern Khan Yunis.

Another three men were killed in an air strike in central Gaza, he added.

Earlier, Qudra reported five bodies had been pulled from a home hit by an Israeli air strike in Khan Yunis.

Two Israeli civilians and one Israeli soldier have been killed since the campaign started on July 8.

The soldier was killed by friendly fire inside Gaza on Friday, the army told Israeli media.

Some 2,385 Palestinians have been wounded, Qudra said.

Operation Protective Edge is the bloodiest conflict in the besieged coastal enclave since 2009.

Israel launched its ground offensive late Thursday, starting a new phase in the operation which it said was aimed at destroying tunnels used by the territory’s dominant power, Islamist movement Hamas.