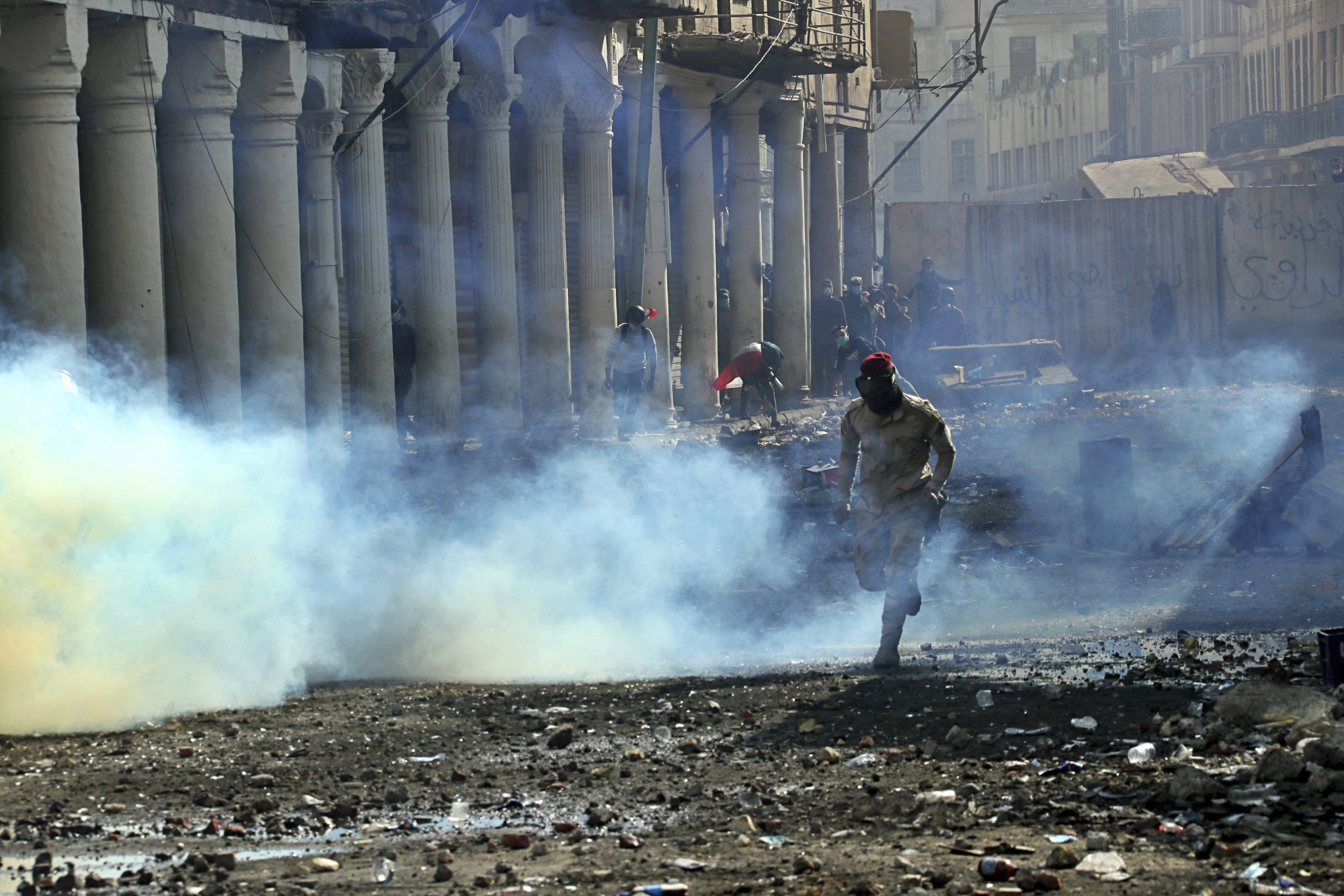 Baghdad: Iraqi officials say one protester has died and 12 have been wounded amid ongoing clashes in central Baghdad.

Security and medical officials say the protester died when security forces fired rubber bullets and tear gas to disperse crowds in Rasheed Street on Saturday, the third day of violent clashes that has so far left 15 dead and over 100 wounded.

Clashes are focused on Rasheed Street, near the strategic Ahrar Bridge. Protesters have occupied part of three bridges - Ahrar, Jumhuriya and Sinak - in a standoff with security forces.

At least 341 protesters have died in Iraq's massive protests, which started on Oct. 1 when thousands of Iraqis took to the streets to decry corruption and lack of services despite Iraq's oil wealth. Iraq: Protesters spill back onto bridge in Baghdad