In a statement posted on their website, the Guards also denounced a "terrorist act" they claimed was carried out by "elements linked to global arrogance"

Women mourning next to the body of Iranian Revolutionary Guards colonel Sayyad Khodai, after he was shot dead, in his car in the Iranian capital Tehran | AFP

Iran’s elite Islamic Revolutionary Guard Corps (IRGC) says one of its officers has been assassinated in the capital Tehran by gunmen riding on two motorcycles, according to the state news agency IRNA.

"Sayyad Khodai... was assassinated during a gun attack carried out by two motorcylists in Tehran's Mohahedin-e Eslam Street," IRNA said.

The agency described him as a "defender of the sanctuary" -- a term used to describe anyone who works on behalf of the Islamic republic in Syria or Iraq.

The Islamic Revolutionary Guards Corps, the ideological arm of Iran's military, identified Khodai as a colonel.

Colonel Khodai was a senior member of the elite Quds Force, a shadowy external arm of the Revolutionary Guards (IRGC) that carries out operations abroad. The United States accuses the force of supporting terrorist organisations and being responsible for attacks across the Middle East.

In a statement posted on their website, the Guards also denounced a "terrorist act" they claimed was carried out by "elements linked to global arrogance" -- a reference to the United States and its allies. Previously, Iranian officials have accused Israel of being behind such high profile assassinations.

The Guards said they launched an investigation to identify the "aggressor or aggressors".

According to IRNA, Khodai was killed by five bullets as he returned home at around 4:00 pm (local time).

The agency published pictures showing a man slumped over in the driver's seat of a car, with blood around the collar of his blue shirt and on his right upper arm.

Khodai is the second high profile Quds Force leader to be killed in recent years.

In 2020, Iran's most powerful military commander, Gen Qasem Soleimani, was killed by a US air strike in Iraq. He spearheaded Iranian military operations in the Middle East as head of the Quds Force, and his death marked a major escalation in tensions between Washington and Tehran.

In the same year, nuclear scientist Mohsen Fakhrizadeh was shot dead in Tehran. Fakhrizadeh - who was so important he was always accompanied by several bodyguards - played a crucial role in Iran's nuclear programme but the government insists its nuclear activities are entirely peaceful.

Iran accused Israel of using a remote-controlled weapon to kill him.

Iran's hostility towards Israel followed the 1979 Iranian Revolution, and expanded into covert Iranian support of Hezbollah during the South Lebanon conflict (1985–2000) and by 2005 developed into a proxy regional conflict.

In 2006, Iran was actively involved in supporting Hezbollah during the 2006 Lebanon War and in parallel began supporting Hamas and Palestinian Islamic Jihad (PIJ), especially in the Gaza Strip. Israel, on the other hand, initiated a campaign to harm the Iranian nuclear program, utilizing several anti-regime militias within Iran. Upon the onset of the Syrian Civil War, the conflict escalated and by 2018 turned into direct Iranian-Israeli warfare.

Israel, in turn, opposes Iran's nuclear program, and maintains ties with other rivals of Iran such as Saudi Arabia and the United States. The involvement of both countries in the Syrian Civil War creates possibilities for direct conflict between the two countries. Israel has supported and conducted assassinations and attacks against Iranian targets directly. Israel has also conducted cyber warfare against Iran, and has publicly advocated for international military action against Iran.

Israel has accused Iran of attempting to form a continuous land transport route from Iran via Iraq and Syria into Lebanon, which Israel views as a significant strategic threat.

In the past few years, Israel has reportedly launched a number of covert attacks against Iran, especially against its nuclear program.

The November 2020 assassination of Mohsen Fakhrizadeh, one of Iran’s most prominent nuclear scientists, near Tehran was attributed to Israeli operatives—as were the killings of a half dozen Iranian scientists and technicians a decade ago.

Then the Natanz nuclear enrichment facility—hit by a US-Israel cyber attack in 2010—was attacked again in April 2021, which Israeli media has claimed Mossad, the country’s intelligence agency, was responsible for.

A New York Times report, quoting US officials, reveals that Israeli commandos have struck Iranian cargo ships at least ten times since 2019. Iran has responded with its own clandestine attacks on Israeli shipping. In March 2021, the Israeli ship Lori was attacked in the Arabian Sea and Iran was the primary suspect. 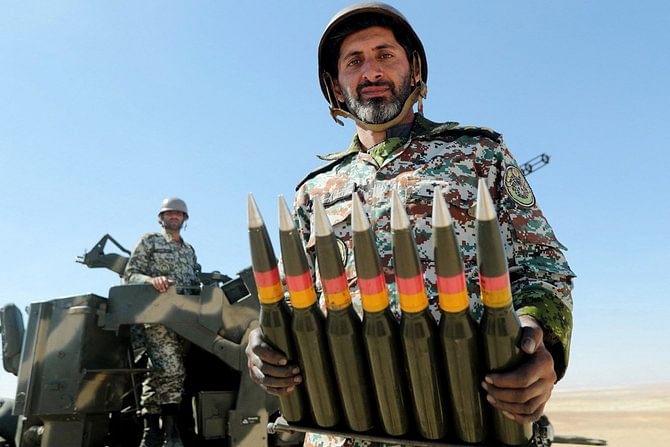