Footage from the capital Tehran showed women removing their hijab and shouting "Death to the Dictator!", presumably a reference to Iran's Supreme Leader, Ayatollah Ali Khamenei

Footage from the capital Tehran showed women removing their hijab and shouting "Death to the Dictator!" |
Follow us on

Protests over the death of a woman in police custody, arrested by the "morality police" that enforces a strict dress code, intensified in Iran on Monday, with two people reportedly killed in clashes with riot police.

Public anger has grown since authorities on Friday announced the death of Mahsa Amini, 22, in a hospital after three days in a coma, following her arrest by Tehran's morality police during a visit to the capital on September 13. 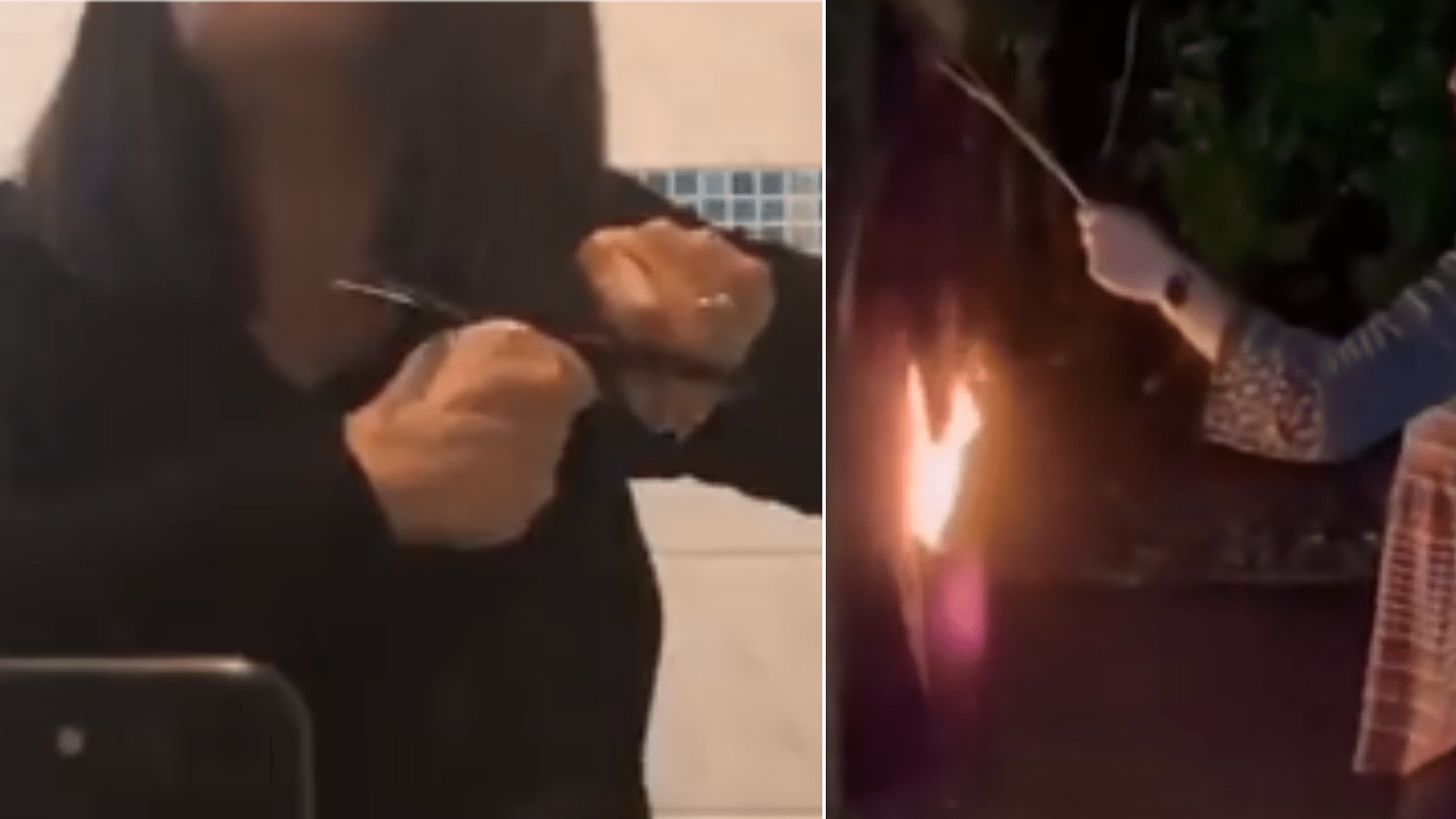 In the town of Divandarreh, social media posts claimed to show a crowd throwing stones at police, who then opened fire on the crowd.

In addition, footage from the capital Tehran showed women removing their hijab and shouting "Death to the Dictator!", presumably a reference to Iran's supreme leader, Ayatollah Ali Khamenei.

Such a thing is extremely rare in authoritarian Iran, and could lead to the offenders being executed.

A brief video released by Fars showed a crowd of several dozen people, including women who had removed their headscarves, shouting "Death to the Islamic republic!"

A "similar gathering" took place in the northeastern city of Mashhad, the Tasnim agency reported.

On Sunday, police made arrests and fired tear gas in the dead woman's home province of Kurdistan, where some 500 people had protested, some smashing car windows and torching rubbish bins, reports said.

Meanwhile, Tehran's police chief has called Amini's death in custody "unfortunate", and added that he did not wish to see the incident "repeated."

Police have insisted there was "no physical contact" between officers and the victim.

Tehran police chief General Hossein Rahimi said Monday the woman had violated the dress code, and that his colleagues had asked her relatives to bring her "decent clothes".

He again rejected "unjust accusations against the police" and said "the evidence shows that there was no negligence or inappropriate behaviour on the part of the police".

"This is an unfortunate incident and we wish never to see such incidents again."

Amini, who was Kurdish, was buried Saturday in her home city of Saqez in western Iran. Protests erupted there after her funeral and police fired tear gas to disperse demonstrators on Saturday and Sunday. Several protesters were arrested.

Iran’s President Ebrahim Raisi, who departed for New York on Monday to address the UN General Assembly, has ordered an investigation and vowed to pursue the case in a phone call with Amini’s family. The judiciary has launched a probe, and a parliamentary committee is also looking into the incident.