In Photos: US commemorates 9/11 victims on 20th anniversary of deadly attacks 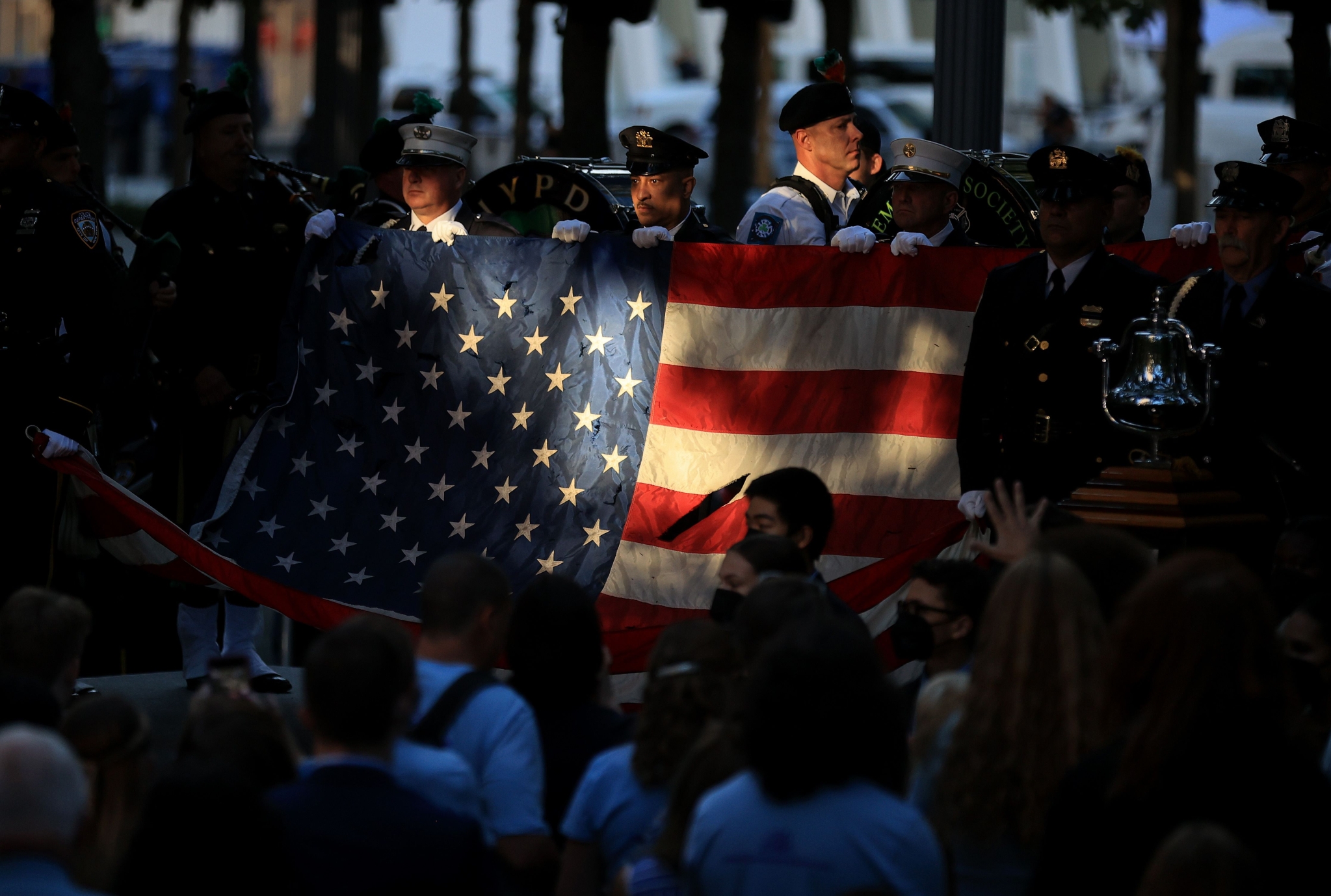 Members of the New York Police and Fire Department hold a flag for the national anthem during the annual 9/11 Commemoration Ceremony at the National 9/11 Memorial and Museum on September 11, 2021 in New York City | AFP

On September 11, 2001, twenty years ago, today, the United States faced the deadliest terrorist attack in its history. Around 3.000 people were killed and countless others injured after a group of 19 terrorists- associated with the extremist group Al Qaeda- hijacked four US passenger planes and carried out a series of suicide attacks against different targets in the United States.

On the eve of the 20th anniversary of the 9/11 attacks, US President Joe Biden commemorated the lives of those who were killed in the horrific attacks . 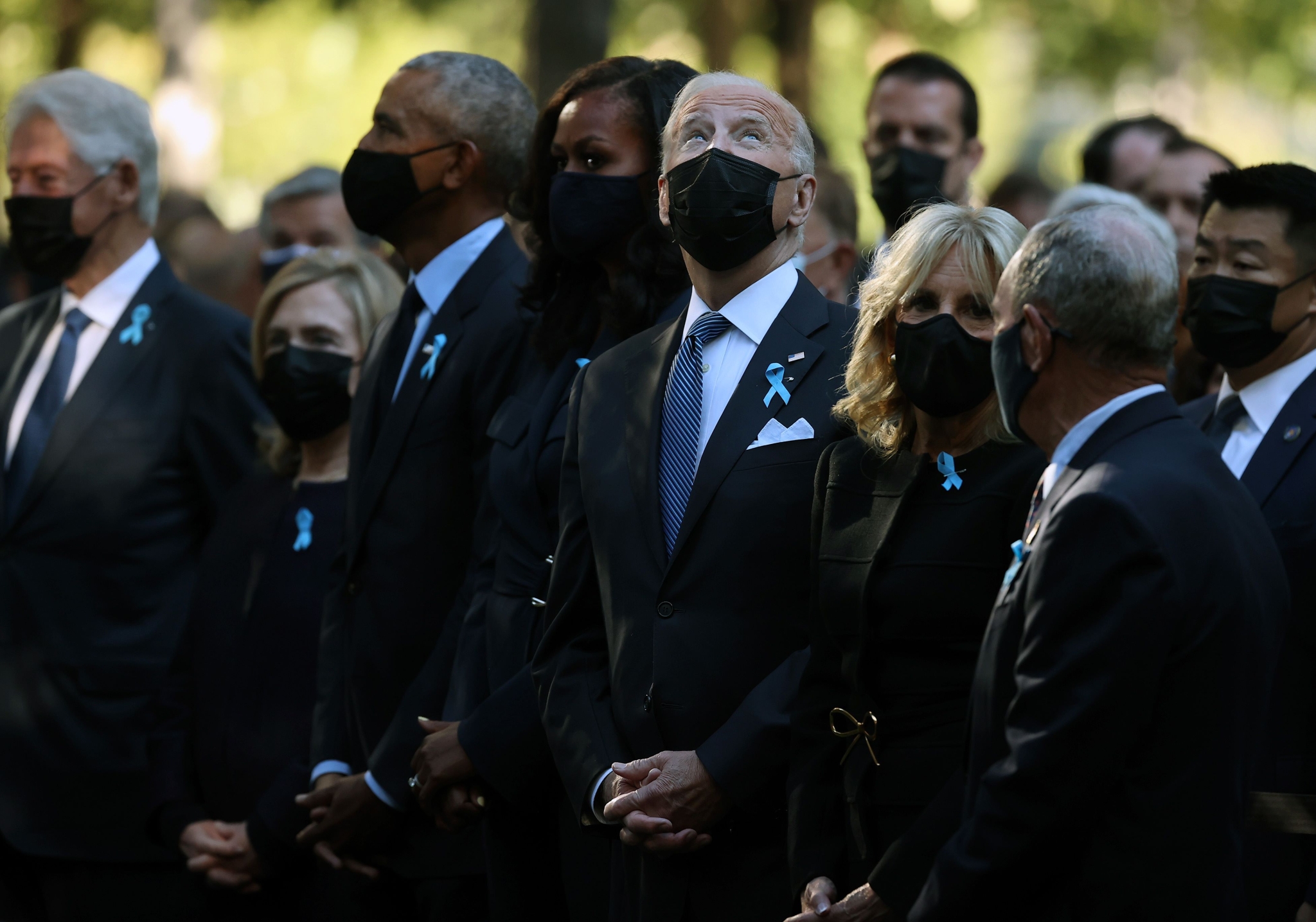 US President Joe Biden(C) attends a ceremony commemorating the 20th anniversary of the 9/11 attacks on the World Trade Center, in New York, on September 11, 2021| AFP The photo of a 9/11 victim is carried by family and friends as they attend a ceremony commemorating the 20th anniversary of the 9/11 attacks on the World Trade Center, in New York, on September 11, 2021| AFP 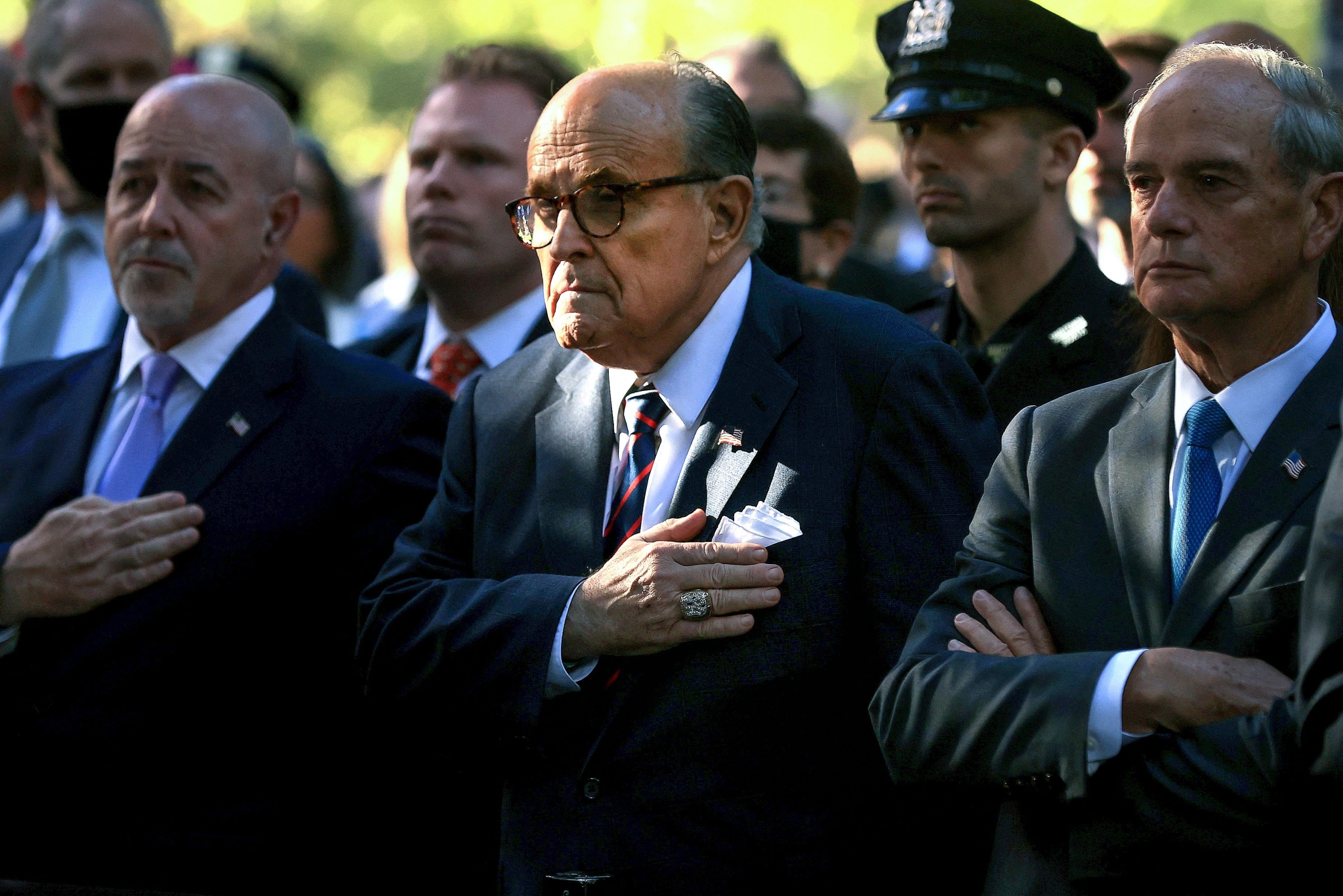 He also said this tragedy highlights how even at our most vulnerable, unity is our greatest strength.

Biden also lauded forces who risked and gave their lives in and after the attacks. A beacon of light shines in memoriam by the Pentagon | AFP

"We honour the firefighters, police officers, EMTs and construction workers, doctors and nurses, faith leaders, service members, and all of the everybody people who gave their all to rescue, recover and rebuild," he added.

Earlier, the White House informed that Biden and first lady Jill Biden will travel to New York, Pennsylvania, and Virginia on the 20th anniversary of the 9/11 terror attacks. 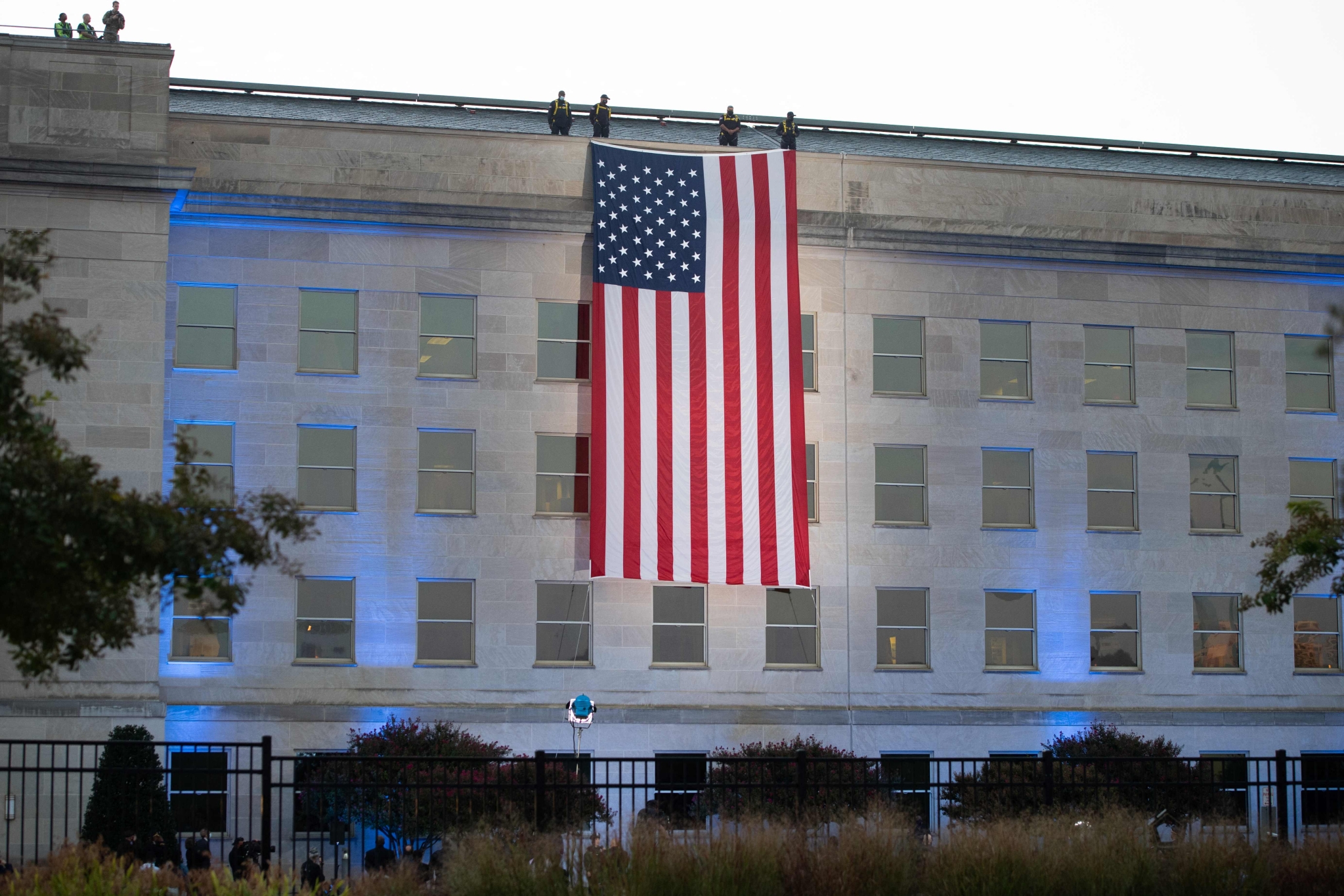 An American flag hangs from the side of the Pentagon| AFP

On the infamous day in 2001, a group of Al-Qaeda terrorists hijacked four US passenger planes. Two of the hijacked planes were flown into the iconic Twin Towers of the World Trade Center complex in Manhattan. Within two hours, the 110-storey towers at the World Trade Centre collapsed and the debris led to the collapse of other buildings in the complex as well.

A third plane crashed into the Pentagon, which is the building that houses the headquarters of the US department of defence in Virginia. While the fourth plane crashed into a field in Pennsylvania after passengers attempted to fight back. The attacks catapulted the United States into a two-decade-long 'War on terror'- which came to an abrupt end last week- against the Taliban regime in Afghanistan, who were believed to have sheltered the 9/11 mastermind.

Bin Laden was eventually killed by US forces on May 2, 2011, after he was tracked down in a hideout at Abbottabad, Pakistan.