A Chinese citizen journalist serving a four-year sentence after reporting on the early stage of the COVID-19 pandemic in the city of Wuhan is in ill health after staging a long-running hunger strike, according to a lawyer who spoke with her family.

Zhang Zhan was hospitalised on July 31 and now weighs less than 40 kilograms (90 pounds), according to a message sent by Zhang Zhan's mother to a group on Chinese social media.

Authorities notified the family that she was in poor health and told them to come to the prison, said Peng Yonghe, a lawyer who spoke with Zhang's mother about the visit.

Her parents and brother went to Shanghai on August 2 but were only permitted to speak with her over the phone.

"We just hope that she can get out of jail, because her hunger strike is really worrying," said Peng.

"It's not a proper medical facility," said Wang.

Publication of her case has brought expressions of support for Zhang, including from Tan Binlin, who held a one-person demonstration on Aug. 4 in his town in Hunan province. Tan called on authorities to let her seek proper medical treatment.

Zhang early on went on hunger strike, then began taking some food after her health declined, Wang said, citing one of Zhang's lawyers.

Authorities detained Zhang in May of last year as China stepped up censorship to control the narrative about the pandemic, which was first detected in Wuhan. The government has faced accusations that it covered up early missteps and delayed the released of critical information that would have helped slow the spread of the virus.

Zhang had traveled to Wuhan shortly after the city was placed under strict lockdown in February last year, with millions of residents forbidden to leave.

She uploaded dozens of short, shaky cell phone videos to YouTube, showing deserted streets and other signs of life under lockdown.

One documented her visit to a police station where Dr Li Wenliang had been reprimanded for spreading word about the outbreak where she tried to ask about his case. Another shows a security guard repeatedly batting away her phone and threatening her as she filmed a dispute. 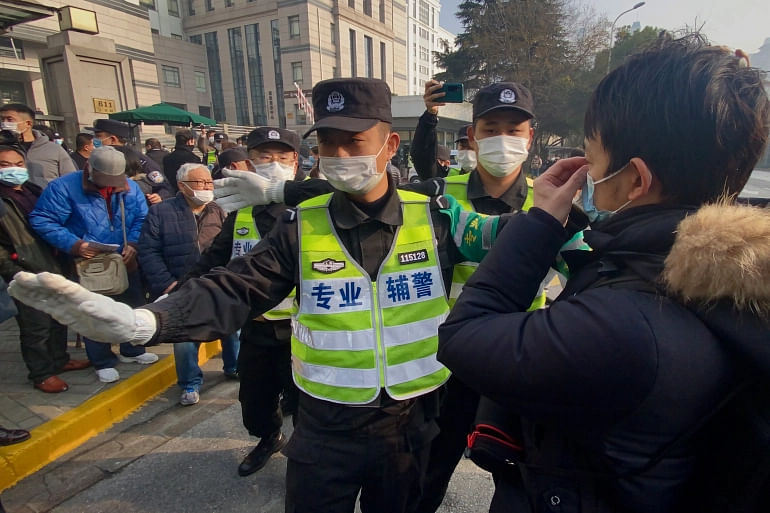