Authorities told many residents in the towns of Gore, Mataura and Wyndham they should leave immediately as rivers continued to rise following heavy rainfall.
Agencies 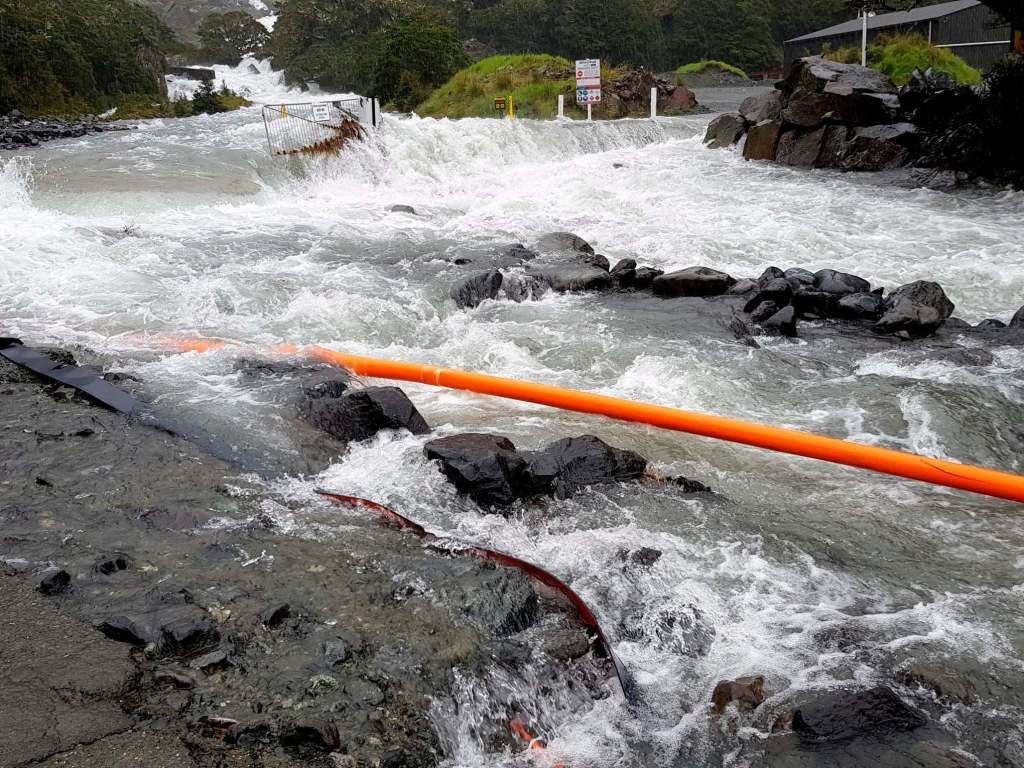 Hundreds of people evacuated their homes and farms Wednesday to escape flooding in southern New Zealand.

Authorities told many residents in the towns of Gore, Mataura and Wyndham they should leave immediately as rivers continued to rise following heavy rainfall.

Several hundred tourists were being evacuated from Milford Sound after getting stuck there earlier this week when flooding and mudslides cut off car access.

Many of the tourists were evacuated by helicopter.

The Grenfell family was rescued after spending a terrifying night stuck in a hut along a popular hiking track.

They told New Zealand broadcaster Newshub that they set up tables to climb above the water and onto the top bunks.

“We were worried that the whole hut would actually start moving because it was creaking and the water was pushing against the walls of the hut,” Tui Grenfell told Newshub.

“So we did actually bash holes in the walls of the hut to allow the flow through the hut late last night.”

A helicopter finally arrived in the morning to rescue them.

Authorities have declared a state of emergency in the Southland region.

Some rainfall is forecast over the coming days, but not the heavy rain that has caused the flooding.