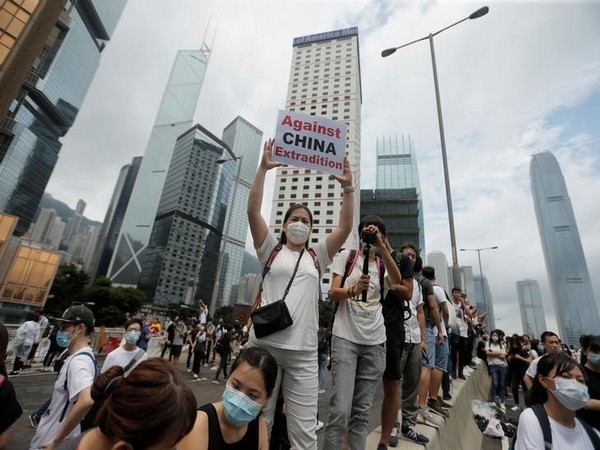 Hong Kong: In the backdrop of the ongoing anti-government protests across the city, thousands of students in Hong Kong started their school year on Monday by boycotting classes and protesting against the pro-China government.

Students in black shirts and helmets gathered at the Chinese University of Hong Kong for an unofficial assembly, according to The New York Times.

As a mark of protest, high school students wore black shirts or eye patches to commemorate a first-aid volunteer who had lost her eye in a protest.

Meanwhile, a group from the alma mater of the city's leader, Carrie Lam carried protest signs that read, "Chief Executive, will you listen to the voices of the younger sisters from your school?" Lam has been facing severe criticism from the demonstrators since the beginning of their protest against the bill that would have allowed extraditions of criminal suspects for further prosecution in China.

The student groups have also accused Lam of making insincere attempts at mediation in closed-door meetings while using increasingly forceful means to shut down protests, such as water cannons and mass arrests.

The protesters filled the roads despite police refusing permission for a mass march and rally to mark the fifth anniversary of the decision by China against fully democratic elections in Hong Kong.

This came a day after the police launched a crackdown by arresting prominent pro-democracy activists, including Joshua Wong and Alex Chow, and at least three lawmakers for their alleged involvement in demonstrations sparked by the now-shelved extradition bill.

During the protests which entered the 13th consecutive weekend, the streets of the city became battlefields as the demonstrators clashed with the police who fired rounds of tear gas and blue dye from water cannons on them. (ANI)