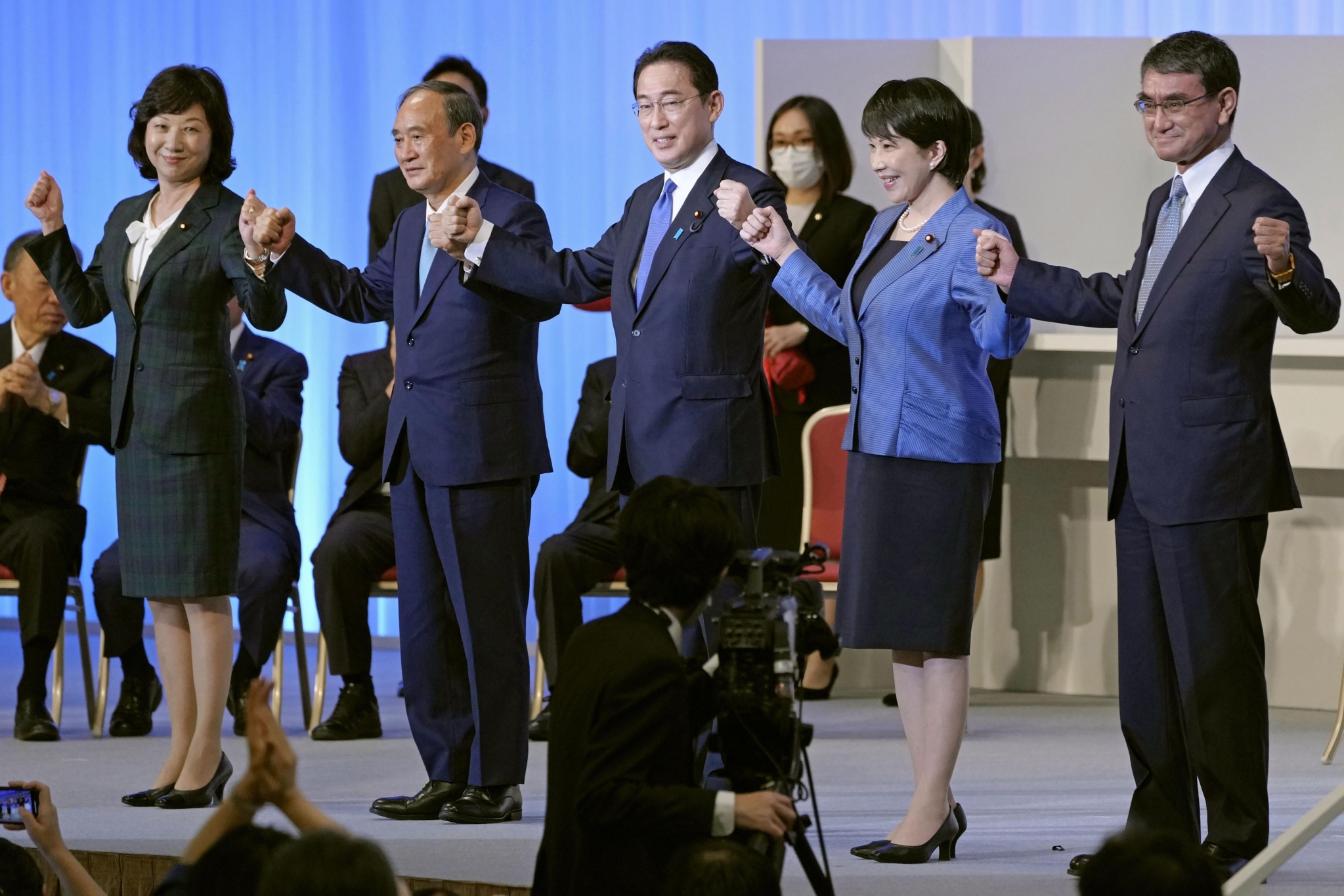 Fumio Kishida, the man soon to become Japan's prime minister, says he believes raising incomes is the only way to get the world's third-largest economy growing again.

Nearly a decade after long-serving Prime Minister Shinzo Abe vowed to "make Japan great again," Japan is in a holding pattern, stalled both by the pandemic and by chronic problems such as an aging and shrinking population, growing inequality and stagnant incomes.

Topping Kishida's to-do list is another big dose of government spending to help Japan recover from the COVID-19 shock.

Fumio Kishida says he wants to promote a "new capitalism" that would be more equitable, with fairer distribution of national wealth - the only way to get frugal Japanese families to spend more.

"Unless the fruits of growth are properly distributed, a virtuous cycle of growth and distribution' cannot be realized," Fumio Kishida told reporters after he overwhelmingly was elected leader of the ruling Liberal Democratic Party on Wednesday.

"I would like to take economic measures to raise the incomes of many of you." Despite his ambitious talk, Kishida is viewed as an establishment choice, not a reformer. He's a former banker and solid member of the political elite: his father and grandfather also were politicians.

Analysts say Kishida, who is all-but-certain to be elected prime minister by Parliament on Monday, is unlikely to stray far from Abe's playbook of heavy doses of stimulus. Neither did the current prime minister, Yoshihide Suga, who is stepping aside after one year in office.

He said he plans to propose a spending package worth several hundred billion dollars soon.

His support for housing and education subsidies should boost consumer spending, said Naoya Oshikubo, senior economist at SuMi TRUST. He expects a "tailwind for the stock market, as it will make clear that ex-Prime Minister Abe's economic policies will continue." Under Kishida, the Bank of Japan is likely to stick to its years-long efforts to spur growth by keeping interest rates near zero - making borrowing cheap - by pouring trillions of yen (hundreds of billions of dollars) into the economy through asset purchases.

The benchmark Nikkei 225 index fell 0.4 per cent in morning trading Thursday after data showed factory output and retail sales weakened in August as the country buckled down to fight the pandemic.

Share prices are near their highest levels in three decades, but that wealth is not trickling down to average Japanese. Their incomes adjusted for inflation have been falling. Meanwhile, jobs are growing less secure as companies increasingly rely on part-time and contract workers to keep costs low - the average minimum wage in Japan is only 930 yen ($8.30), while the cost of living is higher than in many Western countries.

The number of families relying on Japan's meager welfare benefits surged during the pandemic, and poverty has increased, especially in families headed by single mothers. What was labeled the "lost generation" during Japan's long years of stagnation has become an "underclass" accounting for about four in 10 Japanese, says Waseda University professor Kenji Hashimoto.

He and other experts believe the post-World War II formula that made Japan an industrial powerhouse is outdated.

A soft-spoken pragmatist, Kishida has not spelled out in detail his vision for "new capitalism" and it's unclear if he has an overarching strategy for tackling the longer term problems that are constraining growth.

That means other party leaders, the central bank and the bureaucracy may have greater sway and could stymie big changes such as labor reforms that economists say are hindering improvements in productivity.

With nearly a third of the population already 65 or older, costs for health care and pensions are soaring, and ordinary families are footing a growing share of the bill. Kishida says the sales tax, now at 10%, should not be raised for about a decade to avoid snuffing out a revival in demand.

Corporations are holding a growing share of wealth, hoarding their earnings and paying lower taxes: As of June 30, 2020, retained corporate earnings in Japan totaled nearly 460 trillion yen (about USD 4.2 trillion).

Poverty is generally hidden away in affluent, orderly Japan, and homelessness is not as prevalent or visible as it is in the U.S. and some other countries. But living standards are falling and will keep declining unless the value of work per person rises as the population declines. Raising productivity also is key to raising wages economists say.