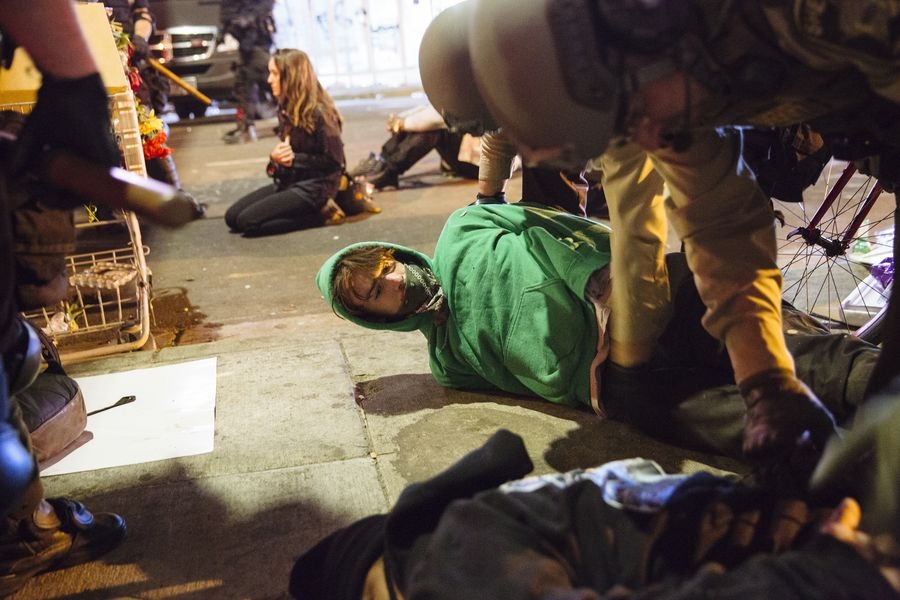 -- Camera footage in the last few days repeatedly showed police officers beating protesters, ramming cars into the crowd and even spraying a nine-year-old girl with mace.

-- "It's time for the U.S. to drop the mentor's tone and look in the mirror," said Russian Foreign Ministry spokeswoman Maria Zakharova.

WASHINGTON: At least 13 lives were lost as the United States entered the 10th day on Thursday of nationwide protests triggered by the death of George Floyd, an unarmed black man, in the custody of Minneapolis police.

Tragically while ironically, a number of those deaths during the widespread protests, in which demonstrators, young and old and of all races, cried for an end to police brutality and racial injustice, were caused by abusive use of force by the law enforcement trying to quell the demonstrations.

The heavy-handed crackdown reveals in broad daylight Washington's double standard on human rights: measures taken by so-called "foreign adversaries" to restore order in times of tumultuous unrest are in violation of basic human rights, whereas brutally treating domestic protests -- most of them peaceful -- and even causing deaths are not uncommon on U.S. soil.

According to a tally compiled by U.S. media, a total of 13 deaths have been reported since the protests erupted more than a week ago.

Many of the killed happened to be African Americans, compounding the agony of a racial group reeling from not only the death of Floyd, but also the deep-rooted injustice against ethnic minorities in the country for a long time.

Although details of the deaths are still under investigation -- thus not yet fully known -- some incidents were indeed related to the excessive use of force by police and troops. 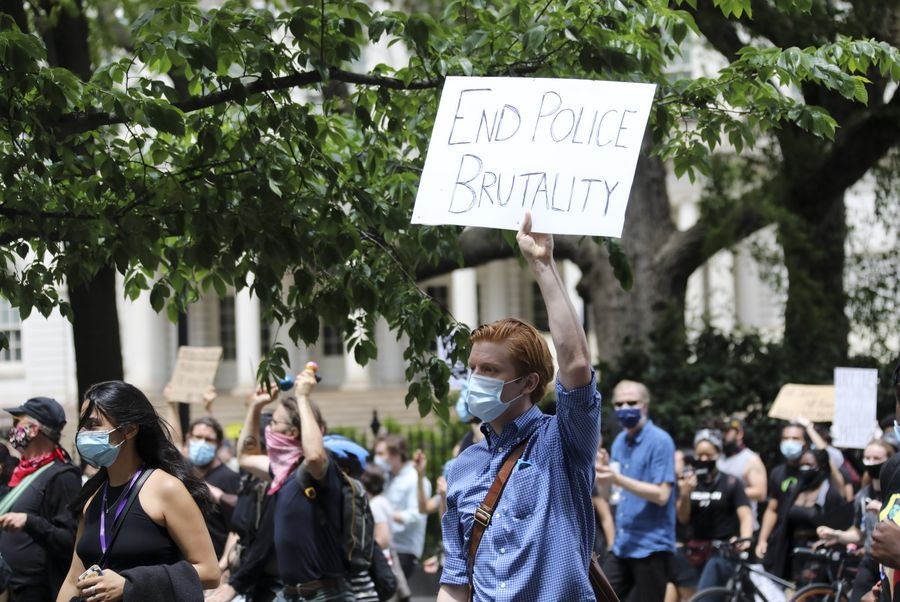 In one case, police and the National Guard troops in Louisville, Kentucky, fired at protesters early Monday after they heard gunshots, killing an African American man identified the following day as David McAtee, a 53-year-old local barbecue restaurant owner.

"He left a great legend behind," McAtee's mother, Odessa Riley, told the Louisville Courier-Journal. Referred to as "a good person" by his mother, McAtee was known for offering free meals to police officers dropping by his restaurant.

Louisville Mayor Greg Fischer said Monday that officers at the scene turned off their body cameras, as a result of which Louisville Metro Police Chief Steve Conrad was fired.

From coast to coast, camera footage in the last few days repeatedly showed police officers beating protesters, ramming cars into the crowd as was the case in New York City on Saturday, and even spraying mace at a nine-year-old girl in Seattle, the state of Washington, on Sunday. 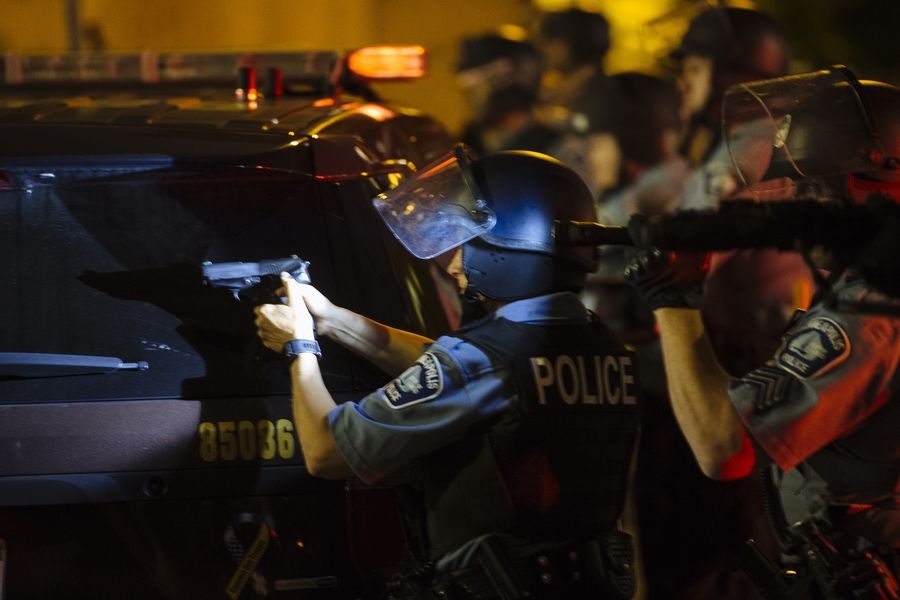 Even journalists reporting on scene are subject to police brutality, the very thing these protests are against.

Journalists across the nation -- more than two dozen, according to one count posted on Twitter -- faced arrest, detention, being pepper sprayed, tear-gassed or shot by rubber bullets while covering the recent demonstrations.

Among the severely injured is photojournalist Linda Tirado, who is now permanently blind in her left eye after being shot by a rubber bullet while covering the protest in Minneapolis on May 29. The rubber bullet, Tirado tweeted, "exploded my eyeball, which has now been patched back together but who knows if it'll need more surgery."

"My vision is gone no matter what," she said. "But it wasn't my photography eye so it's not career-ending ... So I'm gonna keep reporting from Minneapolis." 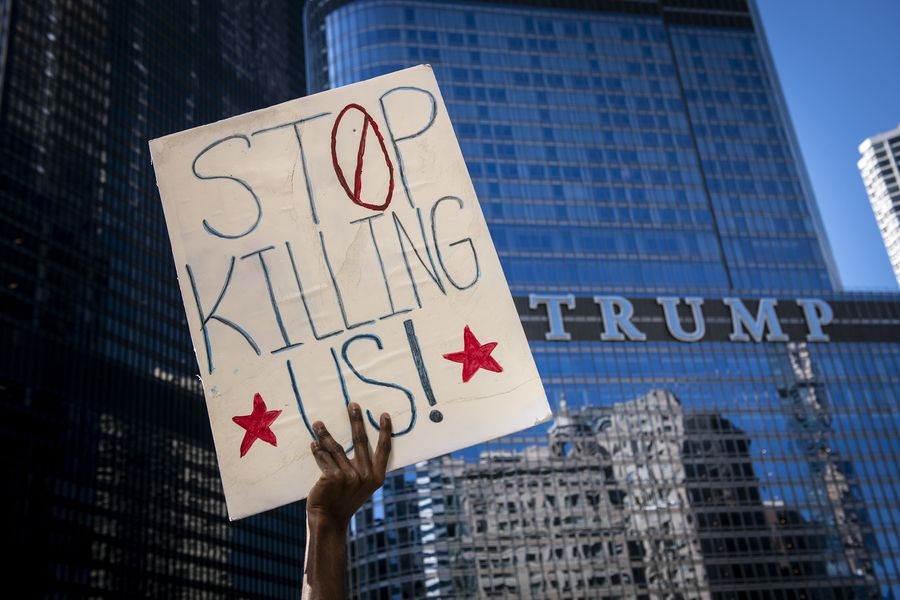 EXCESSIVE USE OF FORCE

The United States has an infamous track record of boasting and exporting its so-called "universal values" around the globe, oftentimes interfering in the internal affairs of sovereign nations.

The excessive use of force in response to domestic demonstrators -- whose right to protest is protected by the U.S. Constitution -- has not only backfired at home, but also made it much harder for the country's diplomats to do their job abroad.

"Our diplomats are accustomed to expressing concern about other countries' human rights violations. Today they're being asked by foreign governments to explain our own," U.S. news outlet the Politico quoted Molly Montgomery, a former U.S. foreign service officer whose postings included Afghanistan and Bosnia-Herzegovina, as saying.

"For many diplomats who joined the Foreign Service to promote American values like democracy, the rule of law, and human rights abroad, this is a moment of great sadness and deep soul-searching," Montgomery added. 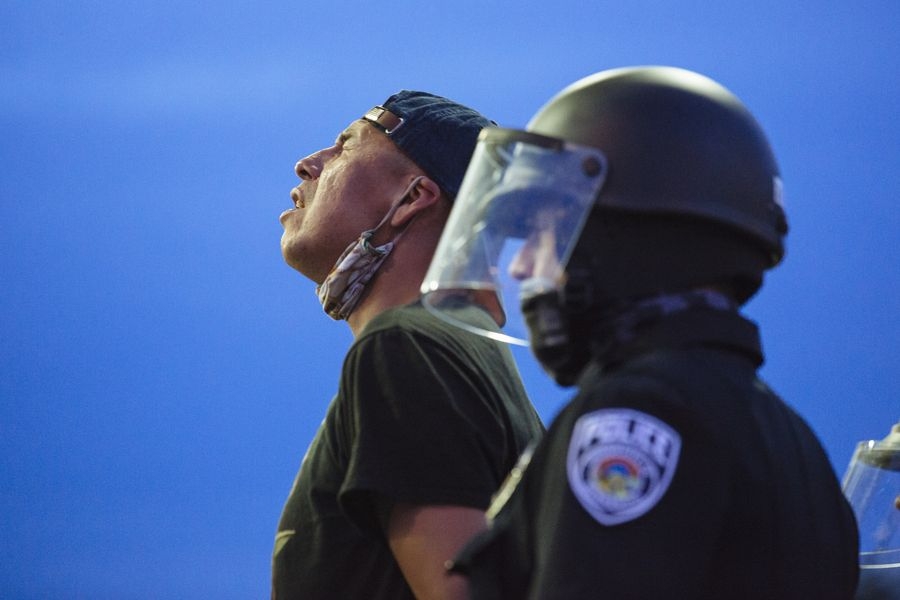 A spokesperson for UN Secretary General Antonio Guterres on Monday warned against overreaction by U.S. police in dealing with the protesters.

"Grievances must be heard, but they must be expressed in peaceful ways and authorities must show restraint in responding to demonstrators," said Stephane Dujarric, the spokesperson.

In Australia, an ally of the United States, the government has asked its embassy in Washington to investigate an incident of violence against an Australian news crew by U.S. law enforcement. 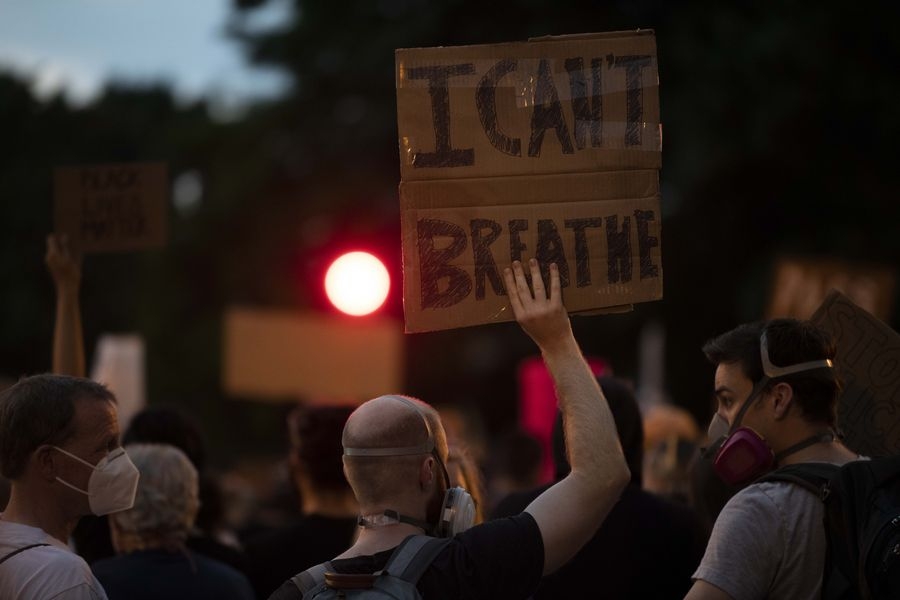 Video footage circulating on social media showed that Tim Myers, a cameraman of Australia's 7NEWS, was punched by what appeared to be an officer wearing riot gear on Monday near the White House. Amelia Brace, a correspondent of the same news organization who was doing live broadcasting with Myers at the moment, said her colleague already had been hit by a rubber bullet previously.

Australian Minister for Foreign Affairs Marise Payne confirmed the formal request for a probe on Tuesday, saying she was consulting with Australian envoys in the United States "on how we would go about registering Australia's strong concerns with the responsible local authorities" in Washington.

"I think it's appropriate in an environment such as this, where an event of this nature has occurred, that we are able to seek advice to investigate the incident. That is, it's a very serious matter, and we take it in that way," Payne told Australia's ABC Radio National in an interview. 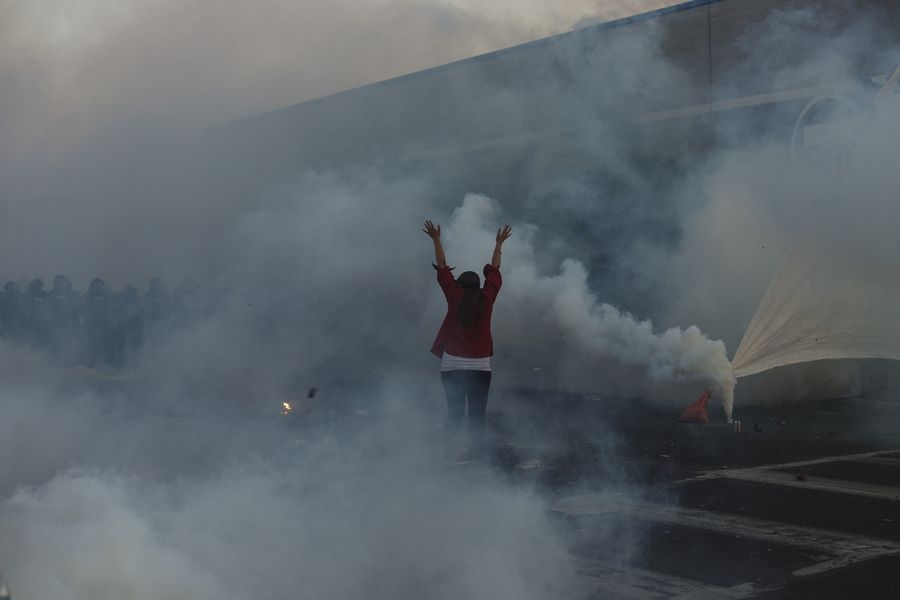 On Thursday, Russian Foreign Ministry spokeswoman Maria Zakharova blamed U.S. law enforcement for using non-lethal weapons to disperse protesters as well as the massive arrest, pointing in particular to the injuries caused to journalists, including those from Russia.

"It's time for the U.S. to drop the mentor's tone and look in the mirror," Zakharova said, urging Washington to "start respecting peoples' rights and observing democratic standards at home." 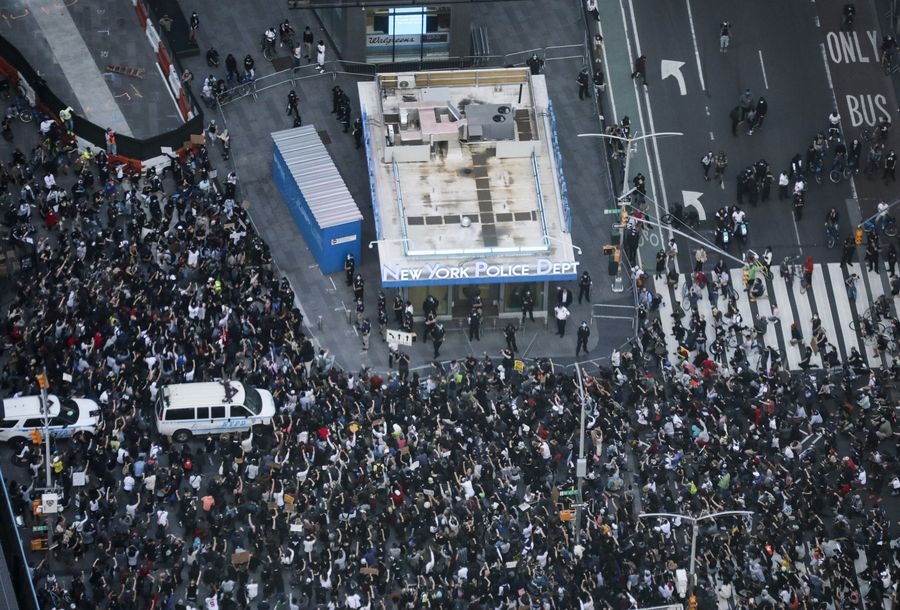 Hong-Eng Koh, a Singaporean with nearly 30 years of policing experience, shared an edited video on Twitter, in which scenes of U.S. police recently beating and arresting protesters are paired with a soundtrack featuring praise from Republican senator Josh Hawley on Nov. 19, 2019 for the violent rioters fomenting turmoil in Hong Kong at the time.

"Whoever edited this video, this is gold!" Koh wrote. "Some politicians love to praise the Hong Kong rioters while defending their own government's action against the protesters back home. You can't have it both ways." ■